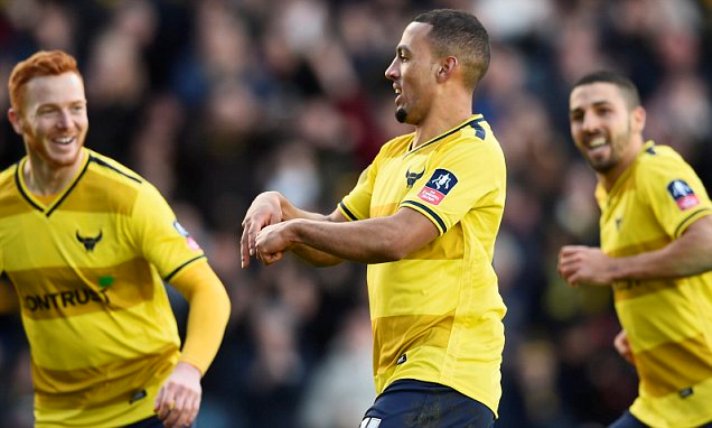 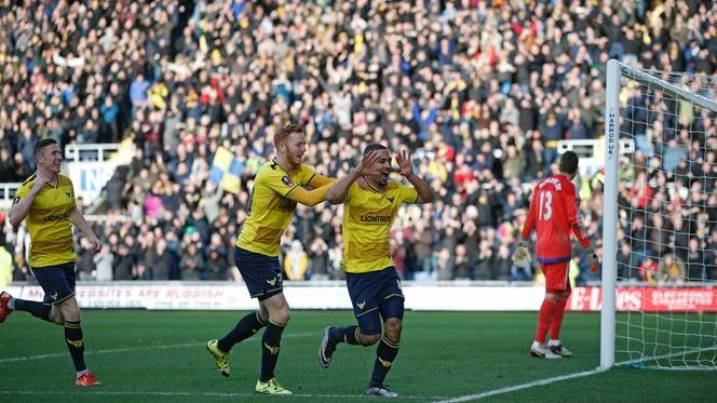 In Swansea’s first game since Alan Curtis was placed in charge until the end of the season, the Welsh club, 17th in the Premier League, took a 23rd-minute lead courtesy of a classy back-heel by Jefferson Montero.

But Liam Sercombe’s penalty drew Oxford level on the stroke of half-time and Roofe’s classy 10-minute brace took the League Two club into round four despite Bafetimbi Gomis replying for Swansea in the 66th minute.

Curtis, who had previously been working as manager in a caretaker capacity following the dismissal of Garry Monk, gambled by making 10 changes to his starting XI at the Kassam Stadium.

He saw his team go ahead with a beautifully constructed goal, Montero darting in from the left, exchanging passes with Marvin Emnes and beating goalkeeper Sam Slocombe with a deft, improvised finish.

But Oxford equalised in the 45th minute when Sercombe drilled home from the spot after Kyle Bartley was penalised for diving in on Alex MacDonald.

Roofe, who turned 23 on Wednesday, put Oxford ahead four minutes after the break, curling a shot past Kristoffer Nordfeldt from outside the box, and 10 minutes later he claimed his second goal after a swift Oxford break.

Gomis reduced the arrears with a cool finish from Jack Cork’s disguised pass, but Oxford, League Cup winners in 1986, withstood late pressure to claim one of the most famous results in their history.

There were no major upsets in Saturday’s third-round action, but Manchester United needed a stoppage-time penalty from Wayne Rooney to earn a 1-0 win over third-tier Sheffield United.

Holders Arsenal, bidding for a third consecutive success in the competition, and Manchester City went through, but Liverpool were taken to a replay by fourth-tier Exeter City after a 2-2 draw on Friday. – Agence France-Presse