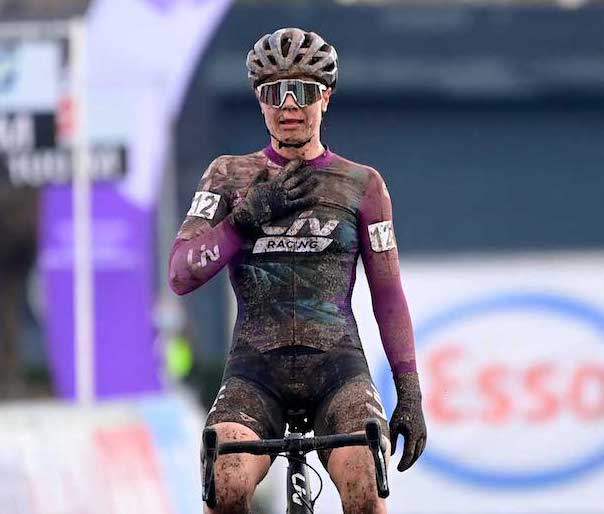 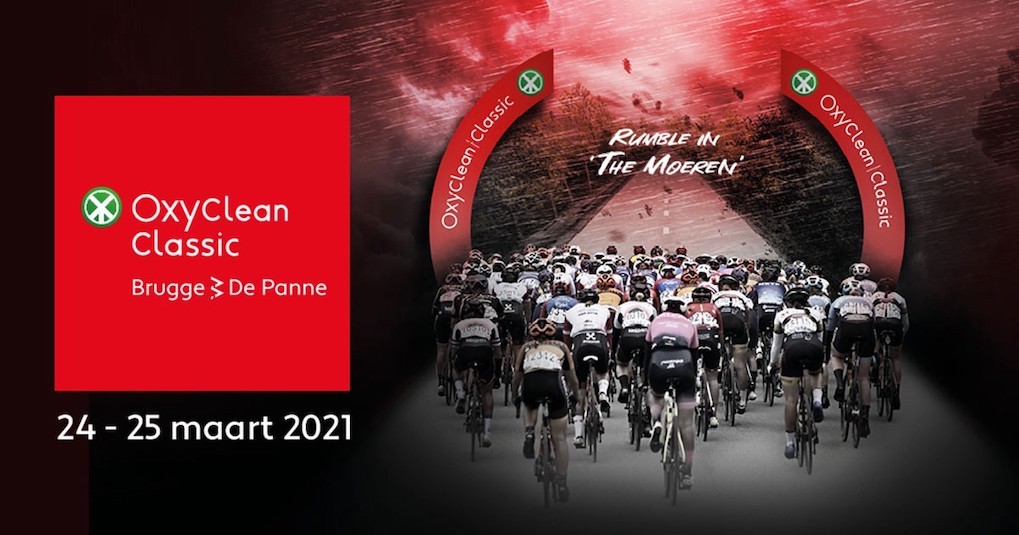 In the end, will it be the best sprinters taking the win in De Panne? The men’s and women’s pelotons are heading for the Oxyclean Classic Brugge-De Panne this mid-week with many questions and a few certainties.

Race history tells them that the sprinters are most likely to raise their arms in celebration in Flanders, but it also shows that attackers can find a way to victory on the windy roads of Les Moëres.

But recent races, with open scenarios and surprising wins, also support the idea that audacity can overcome the peloton’s aspirations for a bunch sprint. In last week’s Danilith Nokere Koerse, both Amy Pieters (Team SD Worx) and Ludovic Robeet (Bingoal WB) narrowly fended off their chasing packs. Is more of the same coming this week as the riders head towards De Panne?

Since it became a one-day race for the men, in 2018, and introduced a women’s race the same year, the Oxyclean Classic Brugge-De Panne has tended to crown an elite sprinter after a blazing race through the wind. First it was Jolien D’Hoore and Elia Viviani in 2018. Then Kirsten Wild and Dylan Groenewegen displayed their raw power to storm to victory in 2019.

Team Sunweb’s (now Team DSM) Lorena Wiebes (NED) joined them last autumn on the spectacular roll of honour but Yves Lampaert broke the sprinters’ winning streak as he soloed to victory after attacking near the end of the 44th edition.

“We did a wonderful job and we can be proud of ourselves,” the Belgian rider celebrated after Deceuninck – Quick-Step turned the race upside down.

“The weather was absolutely crazy, and we absolutely loved it,” he added. So much that only 49 riders made it to the finish, young Dutch superstar Mathieu van der Poel crashed out and the organisers had to shorten the race. On that day, the winner’s average speed was no less than 47.7km/h over 188km. 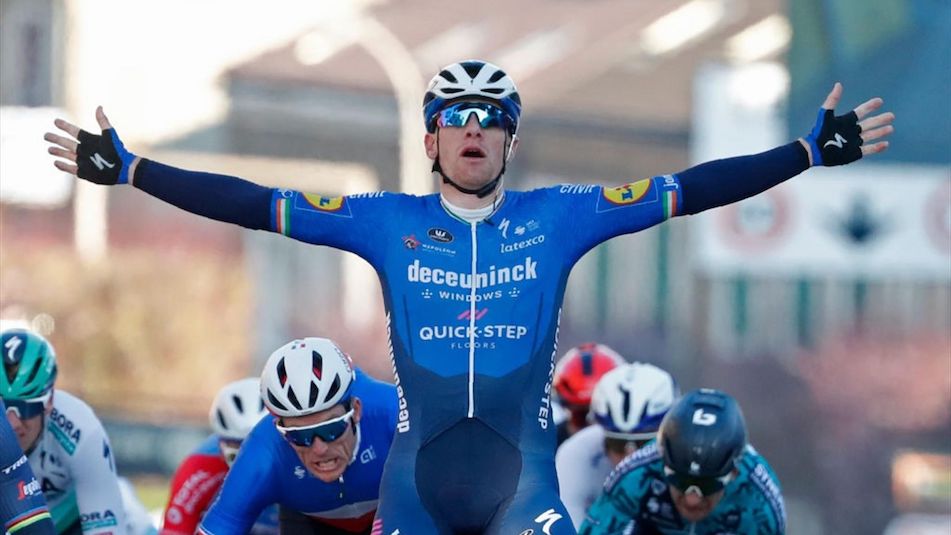 This Wednesday, the riders of the UCI WorldTour are set to race 203.9km, including three laps of a 45.1km circuit on the windy roads of Les Moëres. The next day, the best of the UCI Women’s WorldTour will face 158.8km, with two laps on the final circuit.

Ahead of the races, the organisers were proud to announce a start-list full of sprinting stars. A year after Lampaert’s success, the Deceuninck – Quick-Step Wolfpack will be led by Sam Bennett with the support of fast-men such as Michael Mørkøv and Alvaro Hodeg.

The women’s peloton will feature the three previous winners of the race and other fast contenders such as Liv Racing’s Lotte Kopecky, 3rd  in De Panne in the last two editions and recent winner of Le Samyn des Dames, and Alé BTC Ljubljana’s Marta Bastianelli, 7th  in 2019.

Will these sprinters take glory again this week? The race organisers are also keen to recall last year’s “Dantesque race”, demonstrating how “a spring classic can be very attractive without the famous climbs”. 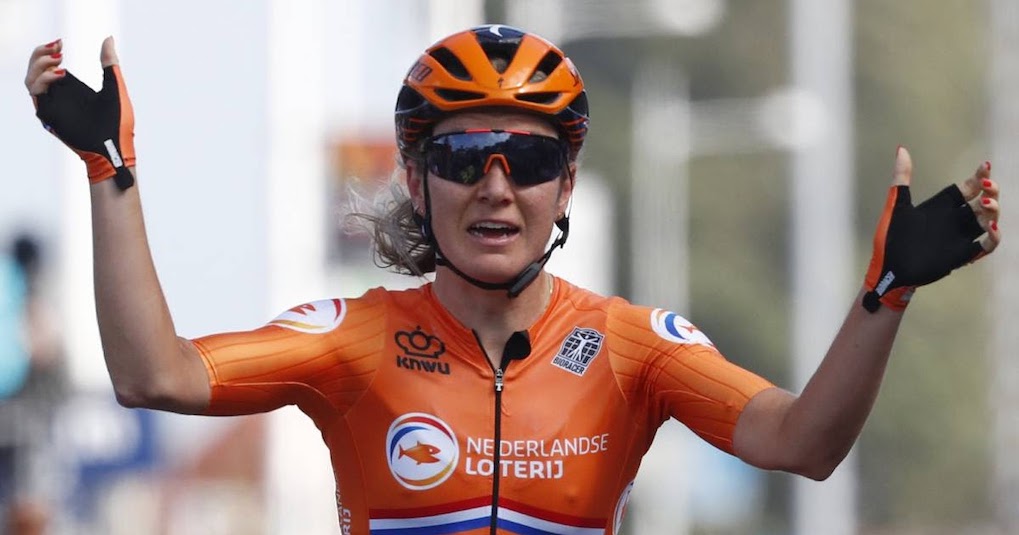 “Too strong to just go for the bunch sprint”

The many attackers lining up in Brugge know very well that race scenarios are to be rewritten every season. They’ve just done it in another Belgian one-day race more often than not dominated by sprinters, Danilith Nokere Koerse. The winner of the men’s race, Ludovic Robeet, will also be there alongside his breakaway companion Damien Gaudin.

The women’s peloton will feature Amy Pieters, who explained last week why she went on the attack some 50km out from the finish at Danilith Nokere Koerse, even though it looked like a sprint would suit her team’s ambitions. “

Our team is too strong to just go for the bunch sprint,” she told DirectVélo. “We wanted a dynamic race. I knew I had Jolien D’Hoore behind for a potential sprint. So I saved strength when pulling at the front. I probably was fresher than my two opponents [Grace Brown and Lisa Klein].”

Pieters and D’Hoore are back with a strong supporting cast for the Oxyclean Classic Brugge-De Panne. But there are other in-form riders such as Emma Norsgaard (Movistar Team Women) and Lisa Brennauer (Ceratizit-WNT Pro Cycling) who can open the race and cap it off with a strong sprint. And who’s to predict how the cyclo-cross stars Ceylin del Carmen Alvarado and Sanne Cant will play their cards with the Ciclismo Mundial team?

According to weather forecasts, the riders are likely to encounter 25km/h wind gusts on Wednesday (for the Men Elite) and Thursday (Women Elite); attackers, it’s time to shine! – www.uci.org