It was rather a bad day for Johor Darul Takzim, both, on and off the field on Friday – on a day when Pahang grabbed a late equaliser for a 2-2 draw in a Super League match at the Larkin Stadium while former JDT II manager On Jabbar was slapped a 20-year ban for punching a referee.

The stalemate at Larkin meant the Elephants have not lost to the star-studded Southern Tigers this season – having beaten them 3-2 at Darul Makmur Stadium in first round match in February.

In the FA Cup first-leg semi-final, Pahang grabbed a late equaliser for a 1-1 draw, which gives the East Coast side the advantage of scoring an away goal. The return-leg will be played in Kuantan on May 30.

Last night, JDT were heading for their first victory over their rivals with goals by Argentine striker Luciano Figueroa in the 25th minute and international Safiq Rahim in the 48th minute after national striker Azamuddin Akil’s gave Pahang a 36th minute equaliser.

However, Pahang’s speedy flanker R. Gopinathan made it all square in the 89th minute when he got the better of JDT custodian Izham Tarmizi from an acute angle.

“It was discipline and never say die attitude that got us the share of points. I ‘tabik’ (salute) my players who never give up fighting till the final whistle. They have shown character in all matches,” said Pahang coach Zainal Abidin Hassan.

JDT coach Bojan Hodak was a disappointed with the draw and said: “We let our guard down when it mattered most.” 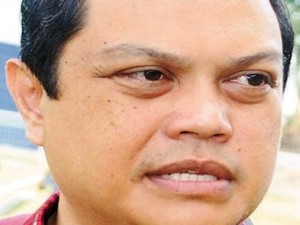 Meanwhile, On was found guilty of punching referee Sukri Abdul Rahman after JDT’s home against UiTM FC at the Pasir Gudang Stadium on on April 19.

Apart from the lengthy ban, On was also fined a whopping RM50,000. On has been removed as the JDT II manager and fined RM25,000 by the Johor FA for the same offence.
At yesterday’s FAM Disciplinary Board meeting, Johor FA were also handed a separate RM40,000 fine because On is also a member of the Johor FA council. It did not stop at that as Johor FA were further RM30,000 fine for failing to provide adequate security during the match against UiTM FC.