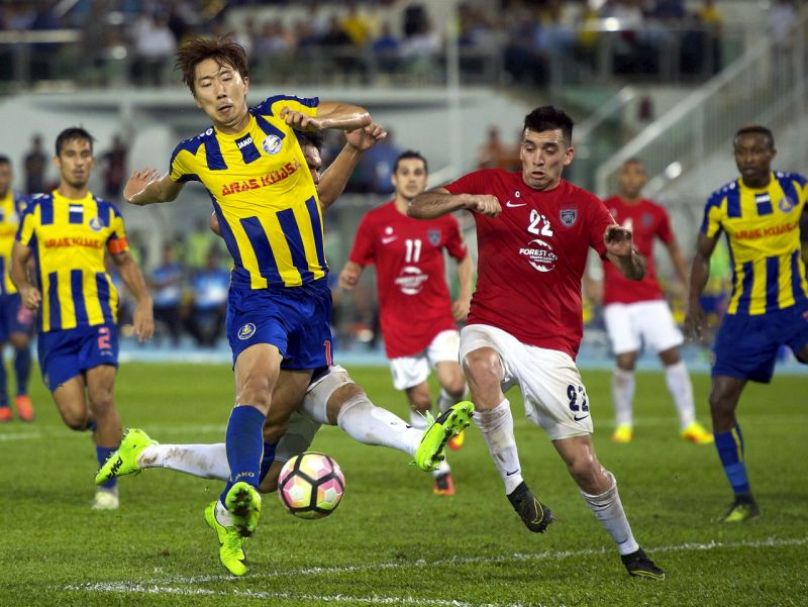 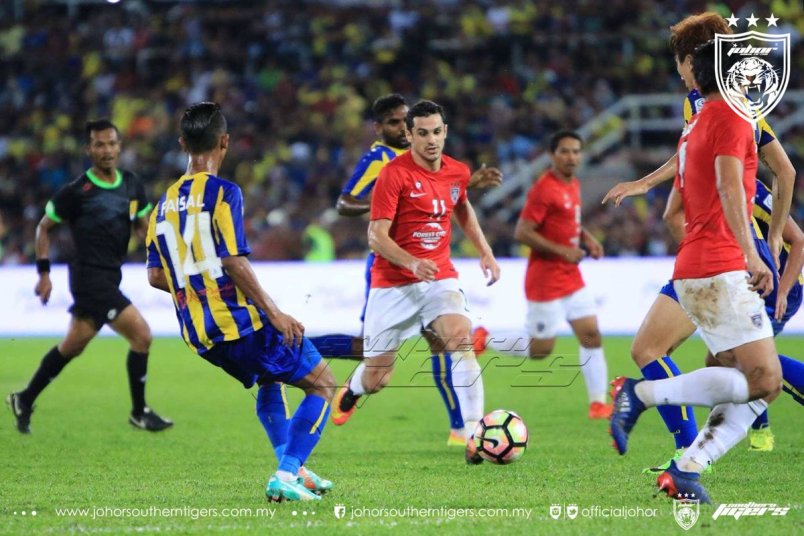 Pahang coach Dollah Salleh was all smiles with his team’s 3-1 win over defending champions Johor Darul Takzim in the first-leg FA Cup quarter-final match at the Darulmakmur Stadium in Kuantan on Saturday.

With the win the Elephants take a two-goal cushion for the second-leg which will be played at the Larkin Stadium in Johor Bahru on April 23.

But Dollah is aware of the pitfalls at Larkin and he is aware of the backlash from the wounded Southern Tigers although the two goal cushion has given the East Coast side a dose of confidence.

In a live interview over television after the match Dollah said: “It is not over yet and don’t get carried away by this win (first-leg)…there is still the second-leg at Larkin.

“We did not play well. If there is anything to be proud of it is that we scored from the chances that came our way. That made the difference. JDT had a good game and they showed their stuff but did not find the net.”

However, Dollah hopes that his team will ride on the morale boosting win from the first-leg and motivate themselves for the coming matches and the return-leg FA Cup.

“The home crowd also played a big role in our win in Kuantan. The fans kept the adrenalin flowing and you could see that the Pahang players were highly motivated y the crowd support,” added Dollah.

Fourteen minutes into the match Syamim Yahya fired a bullet of a header from Mathew Davies floater from the right with JDT keeper Izham Tarmizi Roslan totally beaten.

JDT drew level seven minutes later with a some help from Pahang keeper Wan Azraie Wan Teh who fumbled with the ball and Marcos Antonio was at the right place and right time to get the ball into the net.

However, the highly fired up homesters were not giving up and the JDT backline crumbled against the Pahang onslaught. Matheus Alves was left with the easy task of sending the ball into an empty net after Izham and a defender were caught in a mess up front.

Substitute Bright Dike lived up to his name to add some bright spark to the scoreline with Pahang’s third from a corner.

At the Darulaman Stadium in Alor Setar it was a nightmare for Perak outfit Perak SEDC (PKNP) when they got a hammering as Super League leaders Kedah ran riot with a 6-1 win.

In the battle between two Premier League teams Negri Sembilan edged Sabah 1-0 with a goal by Marko Simic making the difference at the Likas Stadium in Kota Kinabalu.

It was all square in Kuala Terengganu with the Turtles sharing the spoils with Sarawak. Terengganu led through a 21st minute goal by Federico Falcone before the Crocs equalised through Lee Jong-ho on 53 minutes.