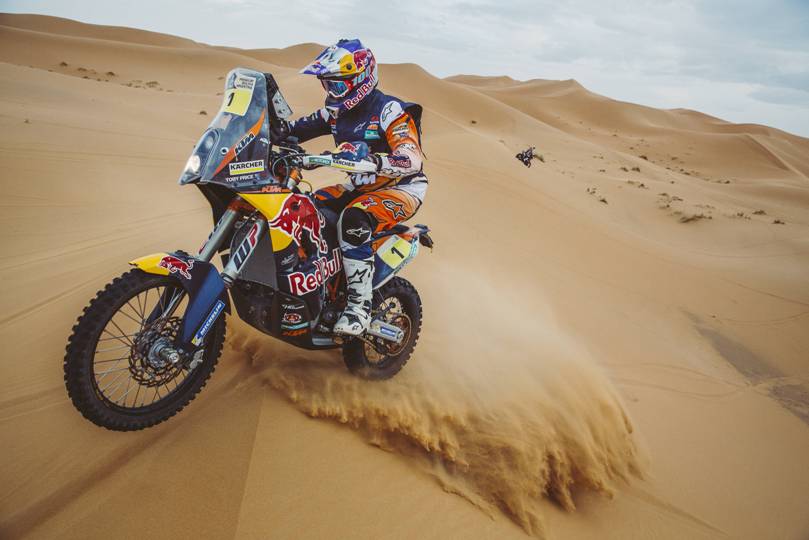 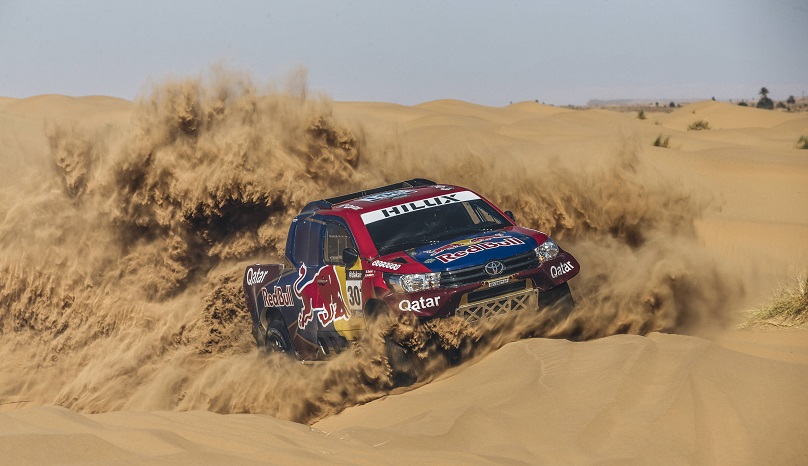 The 2017 Dakar Rally launches in January with the drivers and riders facing 10,000km of the toughest terrain known to man and machine.

The competitors will start out from Paraguayan capital Asunción on January 2through to La Paz in Bolivia with Buenos Aires providing the welcome finish line in Argentina on January 14.

Scorching South American summer temperatures, allied with draining high altitudes and the threat of torrential rainstorms will test the elite field to their limits.

The Red Bull Desert Wings squad includes reigning champions Stéphane Peterhansel and Jean-Paul Cottret of France in the car category and Australian Toby Price, who stormed to 2016 victory on his bike.

Not only that, former champions Carlos Sainz, Cyril Despres and Nasser Al-Attiyah return with ex-rally king Sébastien Loeb looking to impress for Team Peugeot Total in their brand-new car, the fearsome 3008 DKR.

Multi-truck winner Vladimir Chagin will be keen to get back to winning ways too for Kamaz Master Team.

Finally, the 2017 edition will mark Bryce Menzies’ first entry into the Dakar Rally thereby becoming the first American in six years to undertake the legendary race with the backing of a factory team.

He will line up in the all-new MINI John Cooper Works Rally car alongside long-time co-driver Pete Mortensen.

Stéphane Peterhansel: “We’re coming back with a new car and this time we have the added bonus of air conditioning. Last time we were experiencing temperatures of 60 degrees Celsius in the car so this time it will much more comfortable for the drivers. In addition to this improvement there’s plenty about the PEUGEOT 3008 DKR that will make us a competitive team in 2017.”

Cyril Despres: “All the work on the car has now been done and I have been preparing myself physically for the demands of the Dakar. This year we will spend five days racing at an altitude of over 3,800 metres and this is something I’m not used to. You need to be in shape for a challenge like this.”

Sébastien Loeb: “It’s been another full season combining rallycross and rally-raid commitments. It’s all been enjoyable because I love to discover new challenges and I’m grateful that I’m allowed to do this. The Dakar is the longest race there is and there’s nothing quite like it. I feel much more prepared this time than I did for my debut last time out.”