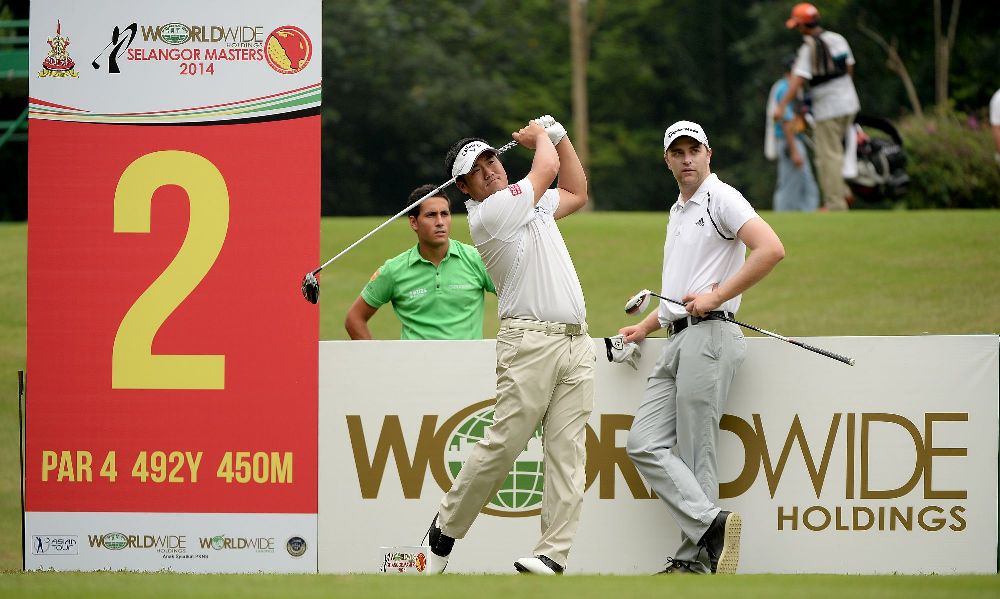 Thailand’s Pariya Junhasavasdikul hopes a relaxed approach will make him the first man to successfully defend a title at the Worldwide Holdings Selangor Masters which starts on Thursday.

The 29-year-old Thai is optimistic of holding on to his crown at Seri Selangor Golf Club but knows he must rectify some kinks in his short game ahead of the RM1.3 million (approximately US$410,000) Asian Tour event.

His quest will be challenged by an immensely talented field which includes current Order of Merit leader David Lipsky of the United States, EurAsia Cup star and four-time winner Anirban Lahiri of India and two-time Asian Tour number one Thaworn Wiratchant of Thailand.

Filipino Miguel Tabuena, who finished runner-up in Taipei last weekend, and no fewer than 38 Tour champions, including India’s Arjun Atwal and Swede Daniel Chopra, will be shooting for glory this week.

Pariya, who is a licenced pilot, said: “I’ve been struggling with my short game so I need to practice more on that. My ball striking is getting there. Golf is 40% technique and 60% is mental. Hopefully I show up with a good, positive and relaxed mindset,” said Pariya, who is a two-time Asian Tour winner.

Last year, he came from behind to pip Lahiri, currently second on the Order of Merit, and Korea’s Baek Seuk-hyun to the Selangor Masters title. Since the event joined the Asian Tour Schedule in 2008, no player has successfully defended the title.

But Pariya intends to make history on Sunday. “You need experience on this golf course and I’ve proven that I can play well here. This golf course brings back a lot of good memories. I had a little bit of goose bumps walking up to the 18th green during practice yesterday,” said the talented Thai.

“The game is getting there. I hope it can show up. You never know in golf because you might think you have your ‘A-game’ but when you tee it up, you might return with a ‘C’ kind of score,” Pariya added.

Baek hopes to fight his way back into contention after letting a maiden victory slip through his fingers. The Thai-based Korean, who is a close friend with Pariya, led into the final day but a costly double bogey on the 16th hole dashed his hopes.

“I remember hole 16 well as I was five over par on that hole last year. This year, I’ll try to play it safe and think about bogey. If the result is better, if my chipping and putting is better, I’ll take par,” said Baek, who is currently seventh on the Order of Merit.

After losing in a play-off last week, teenaged star Tabuena hopes to produce another eye-catching performance at the Seri Selangor course, a venue he believes suits his game.

The 19-year-old said working with coach Joel Altea has helped him improve as he bids for a breakthrough win since earning his Asian Tour card at the 2011 Qualifying School while he was still an amateur.

“I’m happy with my result last week. There’s nothing else I could have asked for. Coming into this week, I think I have a chance to contend again. This course is narrow off the tees and you don’t have to hit many drivers. You have to putt well here and my putter is still hot after last week,” said Tabuena.

“I put in a lot of hardwork at the start of the year with my coach and he has helped in my game tremendously. I understand my swing better and that has helped me perform better,” he explained.

The Worldwide Holdings Selangor Masters will enjoy global coverage as the Asian Tour event will be broadcast live over the weekend rounds to approximately 180 countries and 625 million homes.