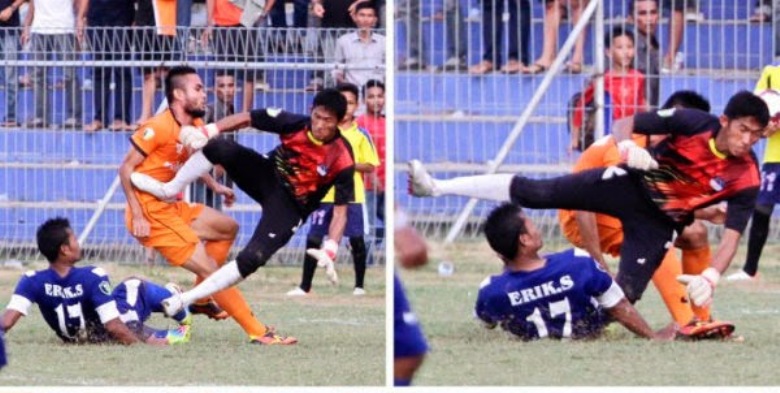 Persiraja Banda Acheh striker Akli Fairuz has passed away – less than two weeks after getting kick in the gut by PSAP Sigli goalkeeper Agus Rahman in an Indonesia Premier League tie on 10 May.

In a 50-50 situation, both Akli and also Agus had gone in for the ball which inadvertently resulted in a kick to the stomach for Akli. After receiving treatment onfield, Akli was substituted and where he watched the game from the bench which his team won 1-0.

But his situation grew worse and Akli was soon hospitalized, where it was discovered that he had suffered internal injuries following a burst bladder.