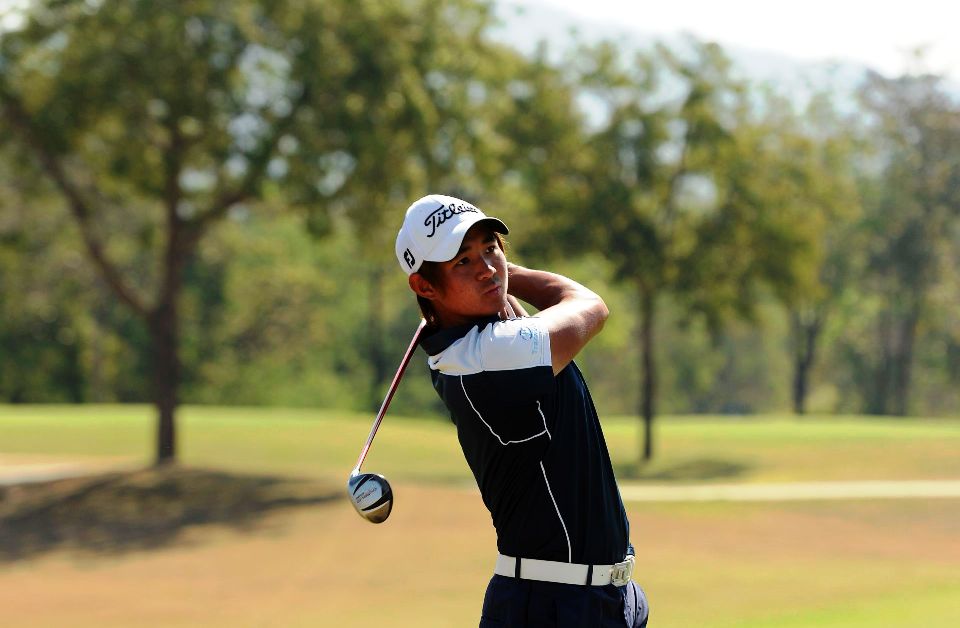 Thailand’s rising star Pavit Tangkamolprasert opened with six straight birdies for a four-under-par 68 to share the second round clubhouse lead with Australia’s Jack Munro at the weather-disrupted PGM Johor Championship on Thursday.

Pavit made two bogeys on his way home while Munro was flawless as they tied on seven-under-par 137, two shots ahead of reigning Asian Development Tour (ADT) Order of Merit winner Nicholas Fung of Malaysia and Konozuke Nakazato of Japan, who signed for matching 71s at the Johor Golf and Country Club.

Singapore’s Lam Chih Bing posted a 73 to share fifth place with countryman Quincy Quek, who fired an ace on the par three seventh hole, alongside Annop Tangkamolprasert of Thailand on 140 total at the RM200,000 (approximately US$60,000) ADT event event.

The second round was suspended at 3.30pm local time due to inclement weather before resuming at 5.15pm. Play was then abandoned at 7.05pm due to fading light.

A total of 51 players, including overnight joint-leaders Danny Chia and Mohd Iylia of Malaysia, will return at 7.30am on Friday to complete their second rounds. The third round will not start before 10.30am.

Pavit, who claimed his maiden ADT win in Jakarta earlier in January, put himself in position for another title assault after getting off to a hot start. He admits that the rains delays and early morning calls have made him tired.

“This is the first time I’ve had six birdies in a row! It is a challenging course and you get tired easily out there. I played a total of 24 holes and I got tired on the back nine where I dropped two shots. There are a lot of slopes here and it drains your energy,” said the 25-year-old Pavit.

“My game was in a good shape after I won my first ADT title which gave me a lot of confidence. However, I started to struggle with my mental game over the last three weeks. I just can’t play the way I want. I’m glad to be able to play well again,” he added.

Munro, who earned his 2014 Asian Tour card through the Qualifying School earlier this year, credited his aggressive approach for putting him in a good position to contend in the next two rounds.

“I’ve been playing really aggressively. I will stick to the same game plan and hopefully I can do better in the next two rounds. It has been kind of rough for me on the Asian Tour so I hope to do well on the ADT to gain experience and sharpen my game,” said Munro, who returned with a bogey-free round highlighted by five birdies.

Reigning ADT Order of Merit champion and EurAsia Cup star Fung battled with a stiff neck as he kept chase for a second ADT victory.

“I’m still recovering from my stiff neck which has been bothering me for the last few weeks. I took last week off to rest. Hopefully I can get well soon,” said the 24-year-old Fung.

Quek shot a remarkable hole-in-one with a six-iron from 185 yards on the seventh hole to charge into contention after making his first cut in three appearances on the ADT this season.

“I’m playing with no expectations this week. I’m playing good so far, especially with my hole-in-one. I’ve got one hole-in-one every year for the past four years. Good to add another one to my record this year,” said the Singaporean, who will receive RM1,000 from the Professional Golf of Malaysia (PGM) Tour for his ace.

Working in close partnership with the PGM Tour, a total of 12 events will feature on this season’s ADT Schedule, giving Malaysian players a big incentive in chasing for a place on the region’s main Tour.