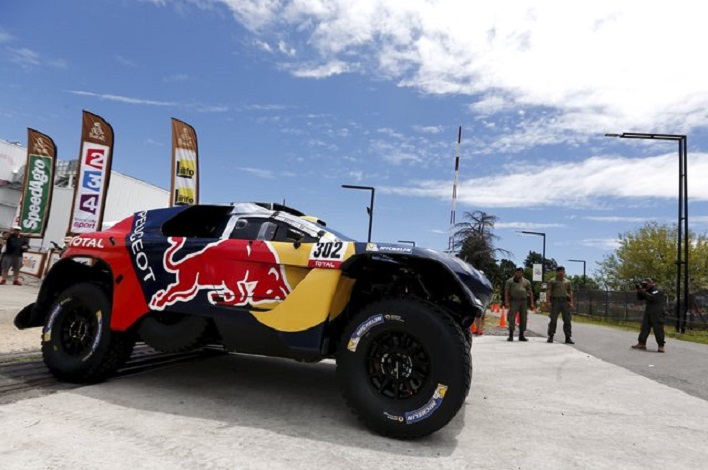 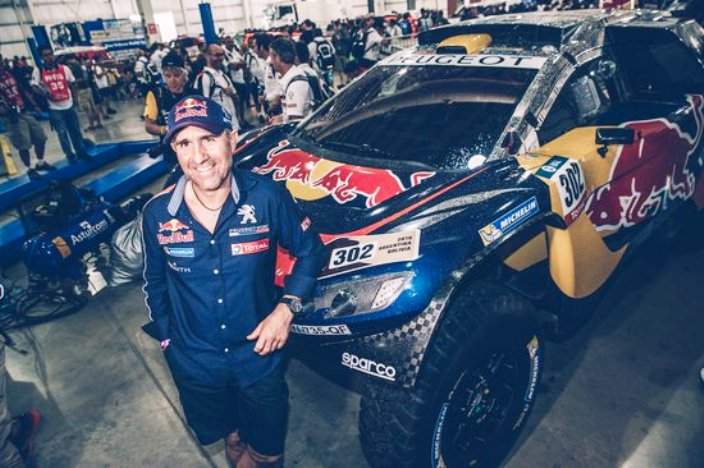 But his hopes of victory were dashed when his Peugeot came to a grinding halt around 30 kilometres from the finish.

With three days of motorsport’s toughest test remaining the French veteran now has a handsome one hour cushion over his closest pursuer, last year’s Qatari winner Nasser Al-Attiyah in a Mini.

In third comes South African Giniel De Villiers behind the wheel of a Toyota at 1hr 12min 31sec.

Nine-time world rally champion and Dakar rookie Sebastien Loeb lost valuable time when his Peugeot got stuck in the sand. The Frenchman finished the stage in fifth but is over two hours adrift overall.

Despite getting lost and suffering a puncture, Peterhansel was the day’s big winner.

“We had a terrible start to the special,” the 50-year-old from Alsace reflected.

“We got lost at km 32 and wandered around for at least 15 minutes.

“I blew a fuse because I thought I’d lost everything.

“Then I had a flat tyre and started screaming my head off, I was a bit out of my mind today.

“However, when we got going, we were fast. We took a huge leap forward in the overall.”

He completed the 244 kilometre timed section in 3hr 58min 32sec, to beat his teammate Cyril Despres by 5min 40sec with Russia’s Vladimir Vasilyev (Toyota) almost 13 minutes back in third.

Peterhansel lined up for his first Dakar in 1988, winning the first of his six overall victories on two wheels back in 1991 and taking his 11th victory behind the wheel of a Mini in 2013.

Wednesday’s bike stage was won by Slovakia’s Stefan Svitko on a KTM with his Australian teammate Toby Price retaining the overall lead.

Price wrapped up victory in the ninth stage earlier Wednesday after its conclusion had to be held over from Tuesday because of extreme heat.

Price leads by over 23 minutes from Svitko with Honda’s Paulo Goncalves in third over half an hour adrift. – Agence France-Presse