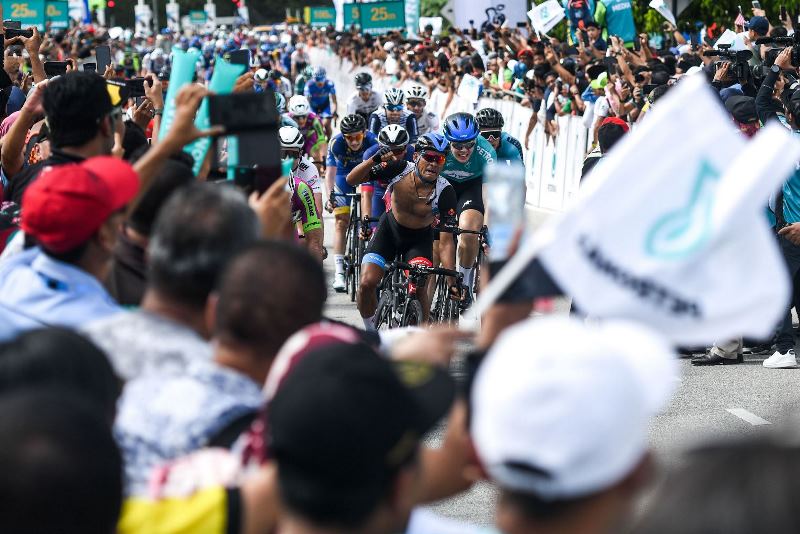 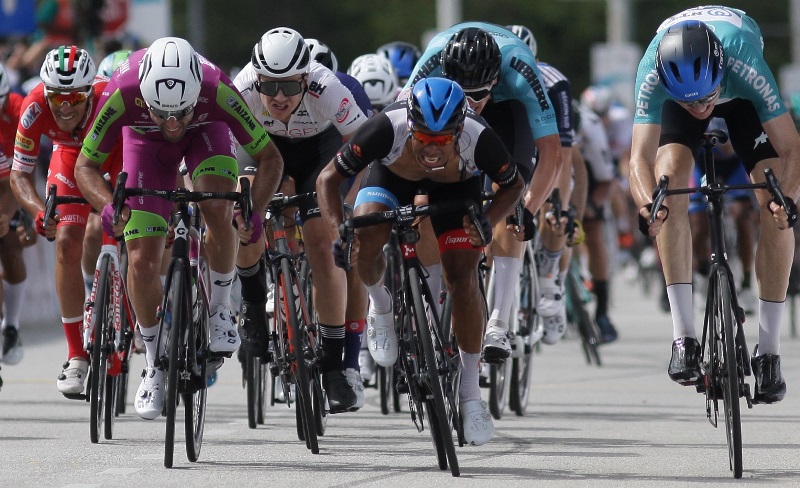 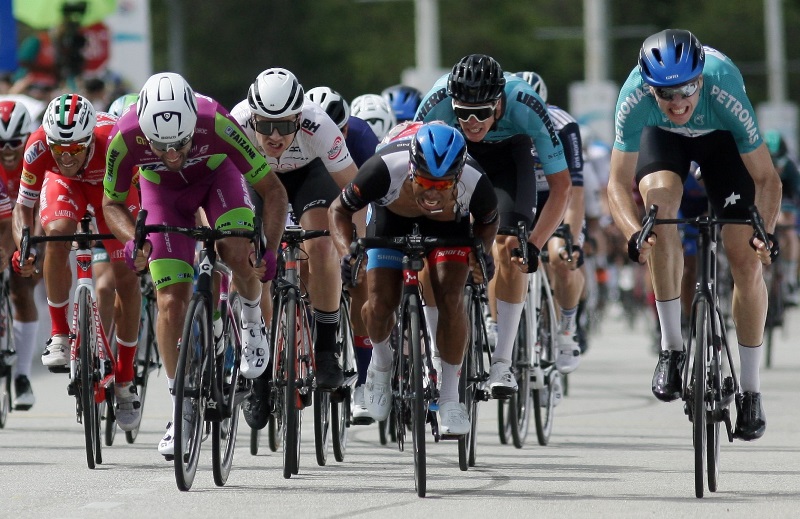 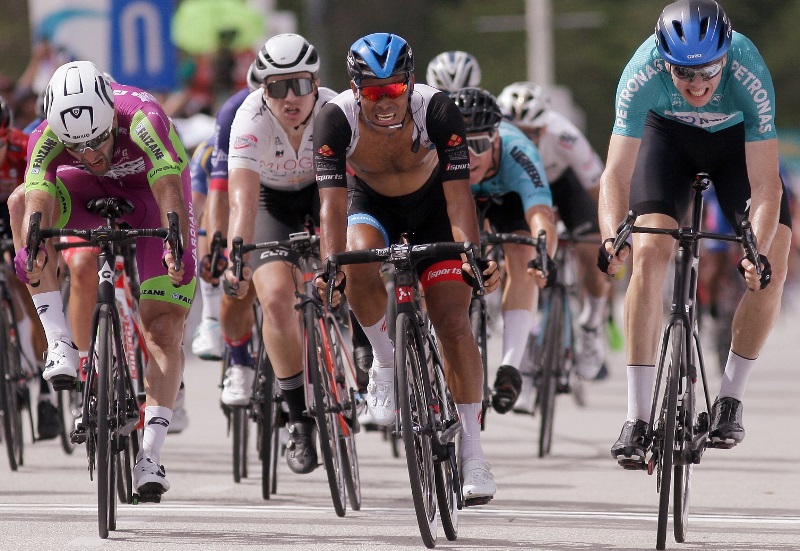 Harrif Saleh became the first ever Asian to win two stages of the PETRONAS Le Tour de Langkawi when the Terengganu Inc-TSG rider won a bunch sprint to bag Stage 5 of the race from Kuala Kubu Baru to Ipoh today.

Harrif, who registered his first ever win in the race in Stage 2 from Senawang to Melaka last year, said he was confident in his form and determined to bag a stage win despite having to contend with the powerful Walscheid.

“I am in my best form and I came to this race with good preparation and support from all my teammates, the team staff, my family, everyone helped me get to this form,” said Harrif.

“I knew Walscheid with his large figure would be a challenge, but I had no problem getting into position and launching my sprint. The sprinters know me so I was given space and my teammates helped me get into a good position for the sprint,” said Harrif who had only recently recovered from a nerve injury which affected sight in his right eye.

“It was quite a serious injury. It affected the nerve in my right eye and I had trouble seeing through that eye. Even now, it isn’t fully cured and doctors have told me I won’t be getting back to 100 percent. The vision from my right eye is still blurred, but it isn’t too much of a problem.”

The result moved Harrif up to third in the points classification with 27 points, behind Walscheid who still leads with 46 points and Australian Taj Jones with 36 points.

Team Sapura Cycling’s Danilo Celano did not have much to contend with in terms of threats to his overall lead and comfortably retained the yellow jersey by finishing in the safety of the bunch, as teammate Nur Aiman Zariff also retained the mountains classification lead with no categorised climb slotted on today’s stage.

Stage 6 tomorrow is a little trickier, covering 150.9km from Taiping to Penang, where the race will head Westerward upon entering the island to complete a round-island tour before the finish line in Georgetown.