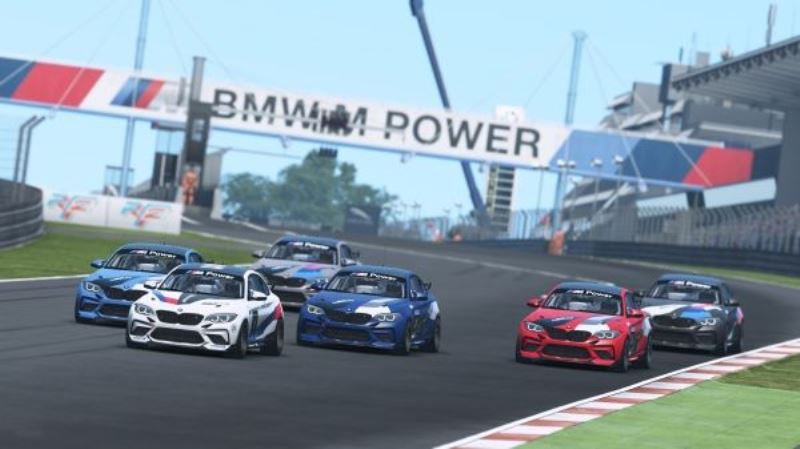 BMW Motorsport heads into the sim racing season with a varied programme and is prominently represented on a host of virtual racing platforms. In the BMW SIM 120 Cup, teams and drivers from around the world compete at the wheel of the BMW M8 GTE on the iRacing motorsport simulation.

The BMW SIM M2 CS Racing Cup will be hosted on the rFactor2 platform. Participants will battle for prize money of almost 75,000 Euros across all competitions. Like last year, a grand BMW SIM Motorsport finale is planned: The best and most successful professional and amateur drivers qualify for the BMW SIM Live event in Munich (GER).

“Our two SIM Cups with the BMW M8 GTE on iRacing and the BMW M2 CS Racing on rFactor2 form the basis for our virtual racing programme in 2020,” said BMW Group Motorsport Director Jens Marquardt. “They allow us to address talented and enthusiastic drivers on many different levels and provide them with a route into the fascinating world of motorsport. We are also planning continual expansion of our range of cars on the relevant platforms.”

Stefan Ponikva, Vice President BMW Brand Experience, added: “With BMW SIM Motorsport we are going our own BMW way in sim racing. We are closely linking the content and event side of our commitment with our activities at BMW i and M Motorsport. At the same time, we are addressing new target groups – in the sim community and outside of it.

In 2020, our fans will have the opportunity at many actual racing events to qualify for our grand finale in Munich – BMW SIM Live. In this way, we are addressing both passionate sim racers and amateur gamers alike and will bring them together at BMW SIM Motorsport. The whole segment is really gaining momentum and BMW is actively shaping the scene.”

The eSports sector has been a growth market for years. eGamers across the world go head to head online in sport and non-sport simulations. As well as this, they also compete at popular offline events all over the world. The fan base for the different eSports disciplines is expanding at great speed. This is particularly true of virtual motor racing.

BMW SIM 120 Cup kicked off in Daytona.
On 12th January, around 800 drivers competed in the initial BMW SIM 120 Cup event on the iRacing sim racing platform. At the virtual ‘Daytona International Speedway’ (USA), Maximilian Wenig (GER) and Maximilian Benecke (GER) from Team Redline GT claimed victory in the BMW M8 GTE – each securing prize money of 1,200 US dollars and a ticket for BMW SIM Live 2020.

A further five BMW SIM 120 Cup events will be held over the course of the season. The calendar next takes sim racers to Sebring (USA), the Nürburgring (GER), Spa-Francorchamps (BEL), Road Atlanta (USA) and Interlagos (BRA). In each two-hour race, two drivers will share driving duties at the wheel of the BMW M8 GTE. Prize money is not restricted to the winners, as the second and third-placed drivers can also each look forward to receiving 600 and 300 US dollars respectively. BMW works drivers will also appear regularly in the BMW SIM 120 Cup. Nick Catsburg (NED) and Philipp Eng (AUT) claimed 13th place as BMW Team CATENG at the first race of the season in early January.

In addition to the BMW SIM 120 Cup events, iRacing also offers users the new BMW 12.0 Series. The BMW M8 GTE is the car of choice for these 12-minute sprint races, which take place on different tracks every week. The championship debuted at the start of December 2019 and is very popular among the users. The BMW M8 GTE is also a firm favourite at the big iRacing special events, where participants can choose their own cars and compete in endurance races. At the virtual 24 Hours of Daytona, 374 teams were competing in BMWs, completing more than 235,000 laps as the race progressed.

Fans can also become BMW racing drivers at the circuit.
The BMW SIM Fan Cup also gives BMW Motorsport fans the chance to qualify for BMW SIM Live 2020. At many actual racing events in the IMSA series, the DTM and the ABB FIA Formula E Championship, as well as the 24-hour race at the Nürburgring, they can strive to set fast lap times over the course of the race weekend in a special sim area. The fastest time of the weekend receives a starting place in the BMW SIM Fan Cup Finale at the season-ending event. This will also feature the final races in the BMW SIM 120 Cup and the BMW SIM M2 CS Racing Cup.

The BMW SIM Motorsport events at a glance*.