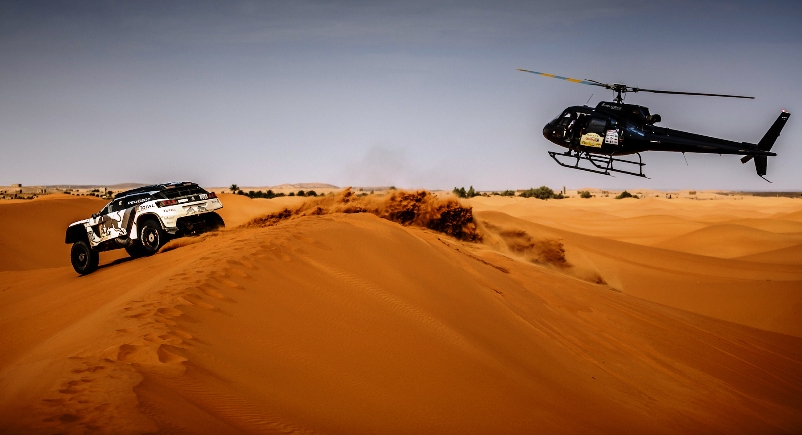 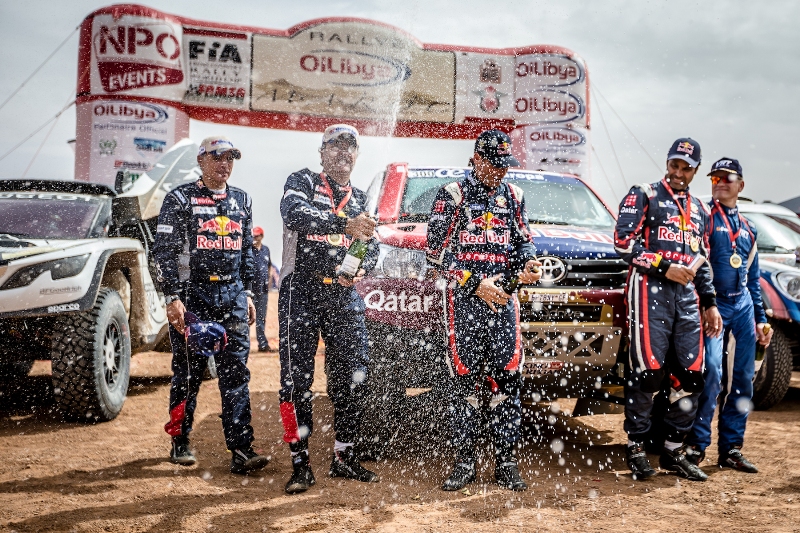 Team Peugeot Total wrapped up its valuable week in Morocco with the top two times on the Rallye du Maroc’s final stage After five days of competitive action, the whole Peugeot Sport crew leaves Morocco with a great deal of valuable data and many useful lessons under its belt.

The 2016 Rallye du Maroc provided the team with a chance to sign off the latest technical developments ahead of the trip to South America for January’s Dakar.

The PEUGEOT 3008 DKR completed the Rallye du Maroc without the slightest technical issue, while Carlos SAINZ and Lucas CRUZ posted the fastest time on Wednesday’s demanding test which concluded the week’s marathon stage, with no overnight servicing permitted on Tuesday evening.

The Spaniards’ overall result was affected by navigational troubles, the root cause of which is being investigated, but they still ended up second overall, 12m8s short of the opposition which has made considerable progress.

“It’s been a highly rewarding week which allowed us to get a high number of useful competitive kilometres in the bank. We learnt a great deal and pushed the car as hard as we could all the way, and we reached the finish of every stage. Obviously, the win would have been nice because the 3008 DKR and the team have winning potential, but our primary aim was to go back to base after five difficult days with good information from which we can learn. There are still areas where we can improve, but I think we did a good job and I would like to thank the team.”

“The week started with a crash and ended with a scratch time! It was a unique way to round out the factory career of the 2008 DKR in which I made my debut and won my first victory on four wheels in cross-country rallying. It was a great event and the Moroccan scenery was superb. I can’t wait to get behind the wheel of the PEUGEOT 3008 DKR. We now know how we compare with our rivals.”

“Overall, Team Peugeot Total’s participation in the Rallye du Maroc proved very positive. Both our cars reached the finish and both had trouble-free runs. We wanted to use this event as a dress rehearsal for the Dakar and we got what we came for. It will effectively help the way the entire team and the crews prepare for the 2017 Dakar. It also gave us an opportunity to compete for the first time on our new BFGoodrich tyre – the All-Terrain T/A KDR2 – which was competitive and durable. I would like to thank all the crews who, in addition to their active involvement in the new car’s development, earned two strong stage wins. Carlos posted the 3008 DKR’s first fastest stage time on Wednesday and, today, Cyril clocked up the last best time for a factory 2008 DKR. We now enter a new era. See you on the Dakar!”