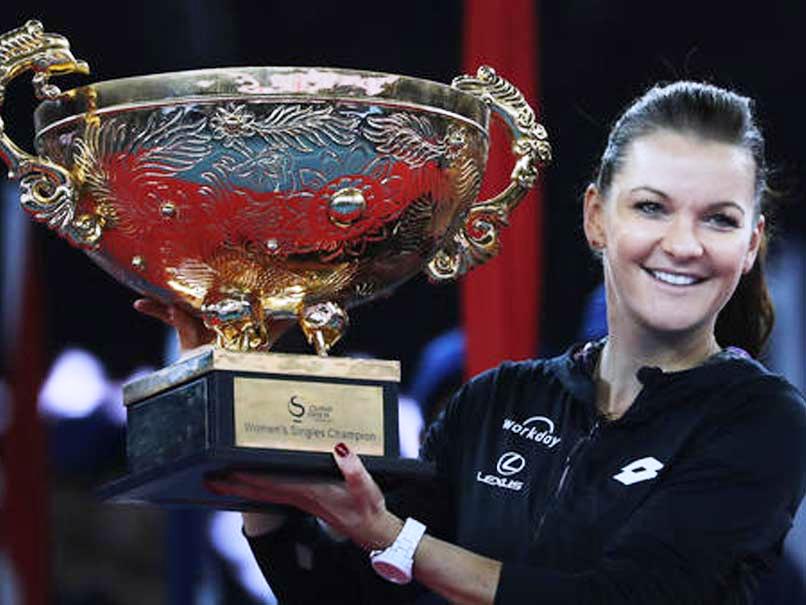 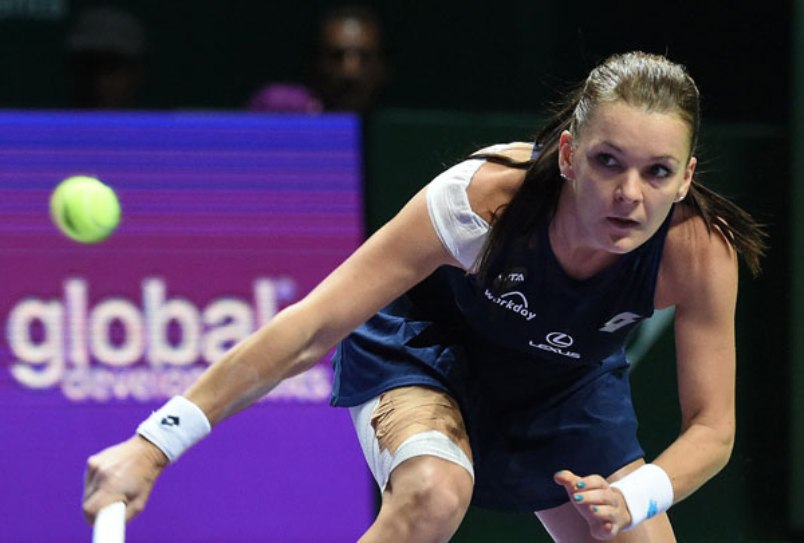 Agnieszka Radwanska beat Johanna Konta in straight sets to take the title at the China Open in a chilly Beijing Sunday, denying the Briton her biggest career crown.

The third-ranked Pole — who cruised through the tournament without dropping a set — sealed her second title in Beijing with an ace for a 6-4, 6-2 win.

The victory was Radwanska’s 20th career crown but there was more on the line for Konta, 25, who was making a bid in the Chinese capital for what would have been her second and biggest title.

Despite the loss, by reaching the Beijing final Konta has amassed enough points to break into the top 10 — the first British woman to do so since Jo Durie in 1984.

When the new leaderboards are released Monday it will be the first time since computerised rankings were introduced that a British man (Andy Murray) and woman are ranked in the top 10 at the same time.

Konta claimed two top 10 scalps en route to the final, sixth-ranked Karoline Pliskova and number eight Madison Keys, but she was kept on the defensive on Sunday.

The Briton, usually a solid baseliner, repeatedly pushed to the net as she tried to shift the match momentum in her favour, but it was a risky strategy that cost her 29 unforced errors.

“Against a player like Agnieszka, who is basically a human wall, you definitely do try to look to get the upper hand in any way possible. I felt I was going to try on that avenue,” Konta told reporters after the match.

After dropping her serve twice in each set, Konta made a bid to even the scoreline in the second, pushing Radwanska to two break points in the sixth game.

But the Pole — nicknamed ‘The Magician’ for her ability to conjure up shots — shot a forehand down the line to save her service game.

“Whenever I felt I could have got a little bit of a foothold in the match, she took it away from me,” Konta said.

Konta held her next service game with a forehand dropshot which Radwanska redirected wide.

But the world number three then served for the title, firing her only ace of the match straight down the line for her third Premier Mandatory title, one rung down from a Grand Slam.

“I think that was a perfect timing,” Radwanska said of the ace.

“I was thinking about that serve, where I should go. I just changed my mind when I was tossing the ball. So another good choice.”

It was the second time the pair have met after Radwanska beat the Briton in a two-hour, three-set battle in Cincinnati in August.

They may meet again in Singapore at the end of the month for the WTA Finals.

Radwanska has already qualified for the eight-player season finale, which follows a round-robin format, while the Briton is still chasing points to guarantee her maiden appearance at the elite event.

Konta is currently in eighth position but could be nudged out by Wuhan Open finalist Dominika Cibulkova, who is just 10 points behind her in the so-called Race to Singapore.

The Briton is playing in Hong Kong next week, hoping to rack up enough qualification points. – Agence France-Presse