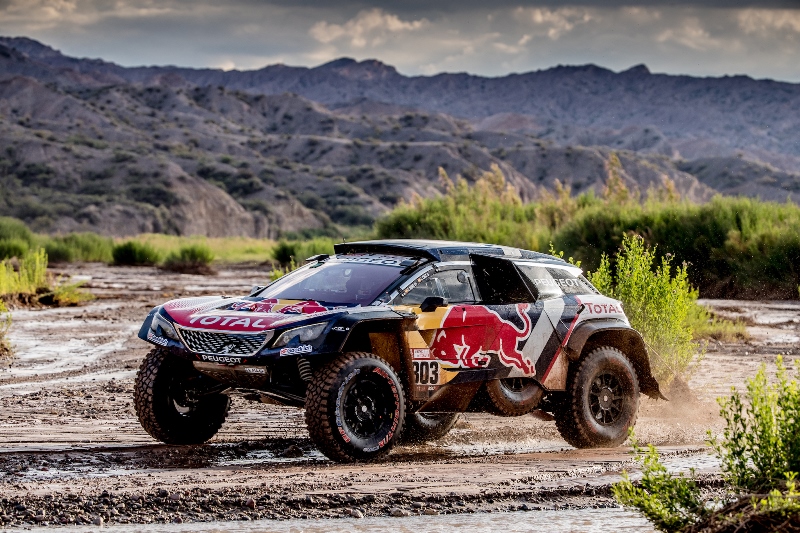 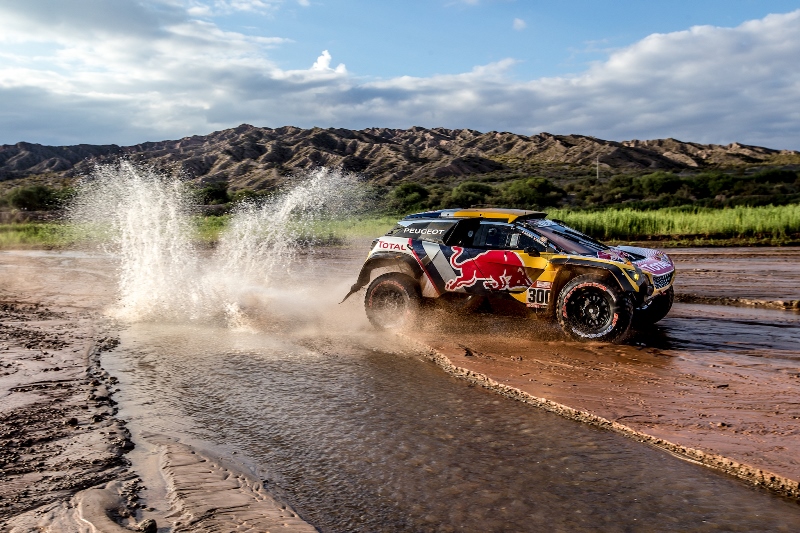 On this challenging stage for the cars, the longest of the rally at 522 kilometres, Team PEUGEOT Total managed the situation perfectly to defend its lead. With two stages remaining, Carlos Sainz/Lucas Cruz and Stéphane Peterhansel/Jean-Paul Cottret still occupy the first two places overall.

LIVE FROM THE BIVOUAC…

“We’re not thinking about the overall victory. It is important to keep this second place and to manage the gap to our main pursuer. We lost some time to them, but by staying in front of them all day we were able to control the race. Overall, we are happy to finish this long stage. The navigation was complicated, with some very tricky parts as well as magnificent scenery. There were also some tracks similar to WRC stages which were very nice to drive. Tomorrow will be a long stage. In 2015 this stage between San Juan and Cordoba was quite stressful because of the heat. It could be a difficult stage. We will try to manage our advantage and to enjoy it. The PEUGEOT 3008DKR Maxi is very pleasant to drive.”

“It was a really difficult stage. We were cautious in the first part of the stage, and we had to stop in the second part. I had a slight physical problem and had to take a brief break. We set off again and then got a puncture. Cyril and David gave us a hand to finish changing the wheel: thank you to them for that. At the end of stage we were stuck in third gear, but fortunately we were able to finish the stage!”

“It’s never easy to spend a whole day in the dust. We had a day of teamwork. We have nothing left to play for so we stayed behind Carlos. You don’t see as much of the the scenery and it’s harder to see the danger, so you have to be very careful. Physically, it starts to take it out of you a little bit. We helped Carlos and Lucas to change a wheel: we played the role of Peugeot Assistance!”

The first timed section of the day (162 km) will play out entirely on sand in the dunes of San Juan and a tricky section of fesh-fesh. After a long liasion of 419 km, the second timed section (206 km long), held near Cordoba, will take in WRC-style tracks.