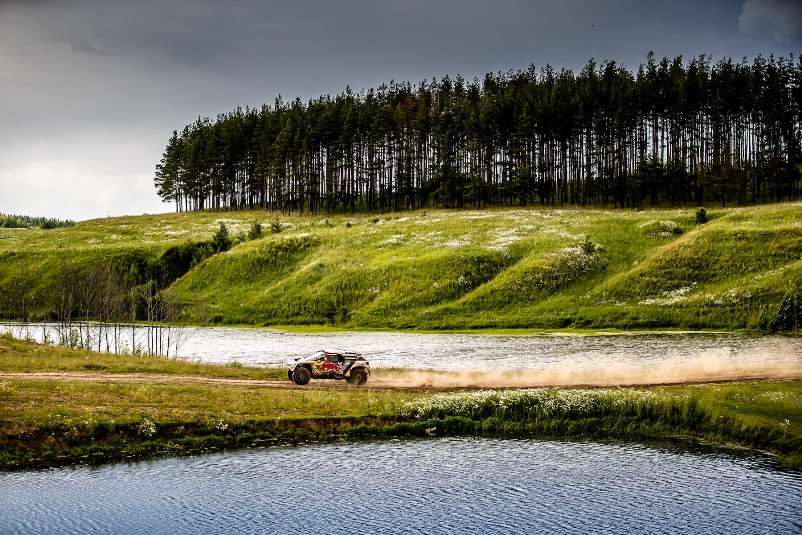 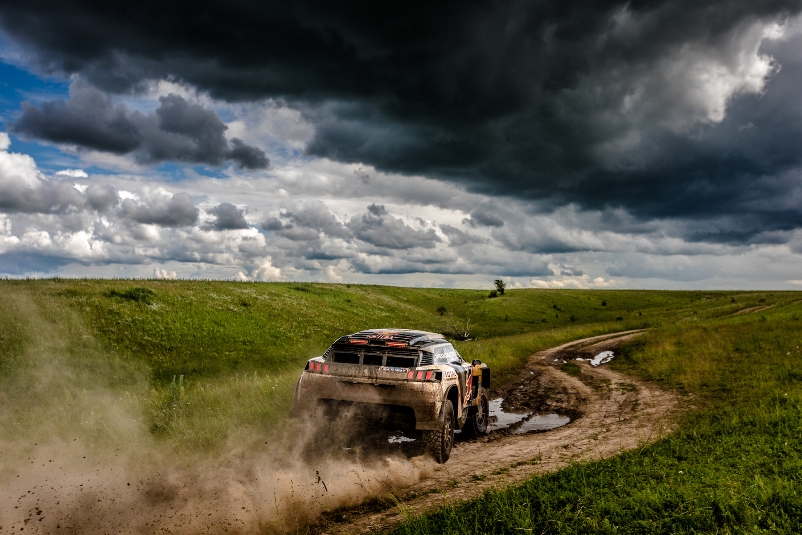 • Impressive start for the Peugeot DKR Maxi, which scorches to victory on its competitive debut

The three Peugeot DKRs entered on the Silk Way Rally finished the first day in first, second and third places: ensuring that the Team Peugeot Total’s ‘dream team’ is off to a flying start on the longest endurance rally of the year. Despite extremely muddy conditions that made the route slippery, all three cars emerged unscathed with no particular problems.

Facts of the Day

“First and foremost, we have three cars at the end of the stage, and furthermore those cars are in the top three positions. So, it’s been a very positive start to the rally and it doesn’t appear that the drivers have encountered any particular problems, avoiding the main pitfalls that characterised the route or any mechanical issues. Although it was only a reasonably short opening stage it still contained a bit of navigation and we were worried about the weather conditions, as there was a lot of mud. For tomorrow, the conditions look set to be tricky again so our aim is just to build on this performance and keep going.”

“The stage went well for us and we had a good time but it was tricky: very muddy, which made the roads slippery, and quite narrow, which meant that it wasn’t actually much of an advantage to have the wide track car today. There were a few junctions to navigate, so some work for Daniel as well. Tomorrow we’ll be opening the road; of course that will not be easy, but this is the situation so we’re just going to get on with it.”

“It was fun as it was a slippery and quite varied little stage: there were some sections that were really like a skating rink, and other sections that were dry, so you could really get some speed up. In the end though, it’s the sort of stage where you have a lot more to lose than to gain. If you go flat out you might win a few seconds, but if you get it wrong you could lose minutes. There wasn’t much grip but nothing dangerous, so I enjoyed it.”

“After three days in Moscow it was good to finally get going with this short warm-up. It was tricky, but we just tried to be careful and avoid the worst of the standing water. You don’t want to get it wrong on the first stage! We only had one small problem with the inflation system that slowed us down slightly, but this was not of big importance.”

The first Silk Way was raced in 2009 from Kazan, Russia to Ashgabat, Turkmenistan and the winners were Carlos Sainz and Lucas Cruz from Spain, who now drive for the Peugeot Total team but are not contesting Silk Way on this occasion.

Tomorrow the cars go from Tcheboksary to Ufa, covering 785 kilometres with the special stage measuring 157 kilometres. This is quite a testing stage for both driver and co-driver as the track can be very narrow, with some very fast and winding parts. It will be important not to cut the corners too much on the stage as potholes are often hidden.