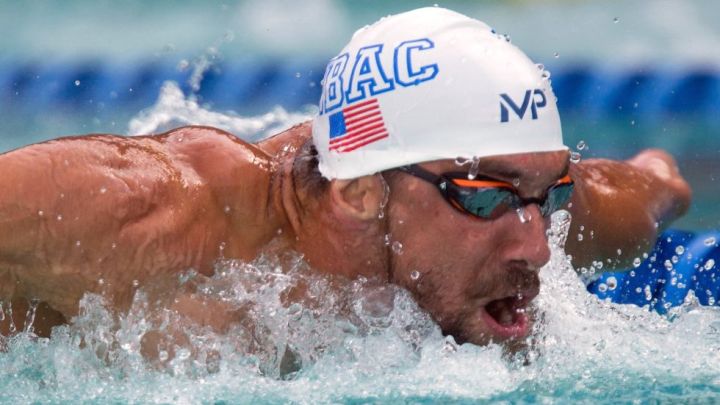 Olympic superstar Michael Phelps saw plenty of room for improvement after winning the 200m butterfly at the wind-whipped Mesa Pro Swim on Friday in 1min 58.14sec.

“Not happy,” the 18-time Olympic gold medallist said after winning in a time that didn’t crack the top 20 in the world this year — a list led by the 1:54.14 of Japan’s Daiya Seto.

“That wind, oh my gosh,” Phelps said. “I felt like I was moving backwards with about 15 meters to go going into that wall (at 150 meters).”

Reigning Olympic 100m freestyle champion Nathan Adrian said it was howling so loudly in his ears he was afraid he wouldn’t hear the start of the 50m free.

He managed, and won in 21.69sec, knocking one-hundredth of a second off his third-fastest time in the world this year. Anthony Ervin was second in 22.28 and Cullen Jones third in 22.30.

With the wind at her back, Madison Kennedy won the women’s 50m free in a sizzling 24.45sec, sixth-fastest in the world this year.

In other events, Maya DiRado beat an impressive field in the 100m backstroke, winning in 1:00.71 ahead of Zimbabwean Olympic gold medallist Kirsty Coventry and Hungary’s Katinka Hosszu.

The wind was especially hard on the backstrokers, but it seems nothing can blow freestyle queen Katie Ledecky off course.