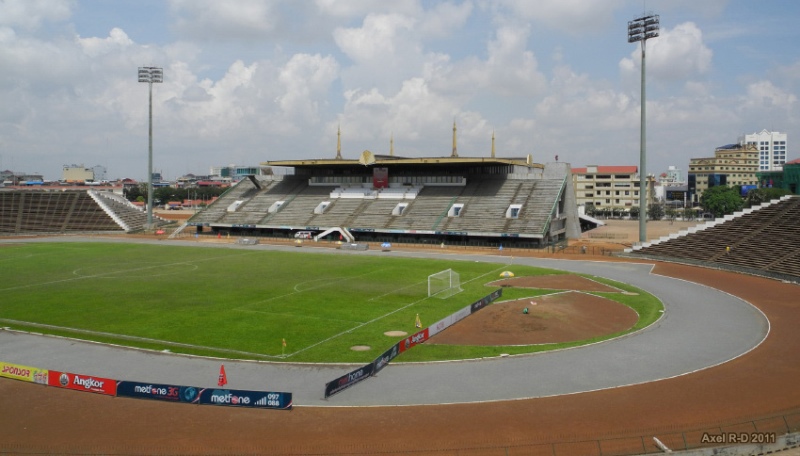 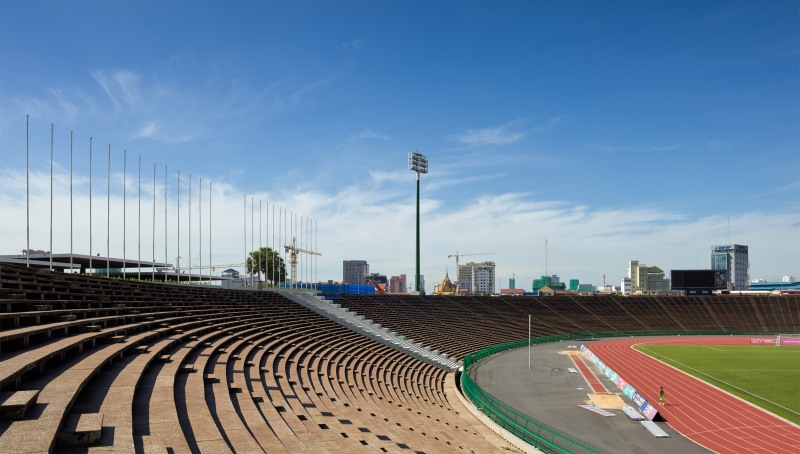 The National Olympic Stadium in Phnom Penh will undergo renovations to comply with the standards set by FIFA and the AFC.

Keo Sareth, the secretary-general of the Football Federation of Cambodia (FFC), confirmed that the federation, through the Ministry of Education, Youth and Sport, would submit a proposal to the Ministry of Economy and Finance to improve the quality of seating and lighting.

As host of the 2023 SEA Games, Sareth, said that Cambodia need to meet regulations to ensure safety and promote the image of Cambodia abroad.

“If there is no renovation from 2020, FIFA and AFC will not allow Cambodia to sell tickets or take part in official tournaments organized by them, said Sareth.

“Without proper seating for fans, FIFA and the AFC do not allow tickets to sold for spectators.”

The Olympic Stadium was completed in 1964 and designed by the famed Cambodian architect Vann Molyvann.

Molyvann originally designed the stadium for the 1963 Southeast Asian Peninsular Games – the original name of the SEA Games. Cambodia failed to organize the SEA Games in 1963 due to political issues.