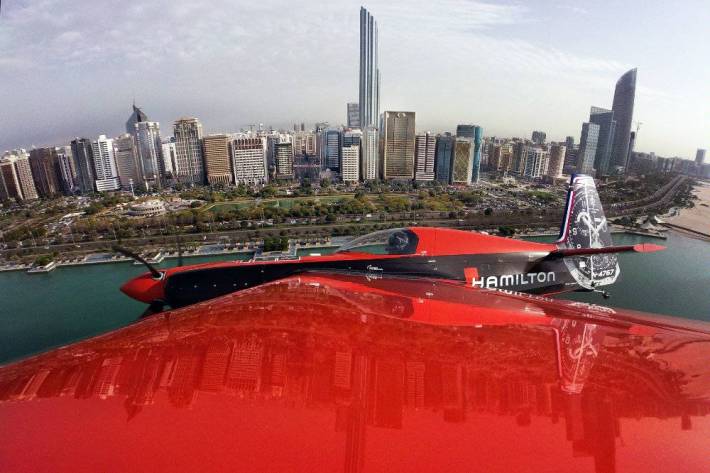 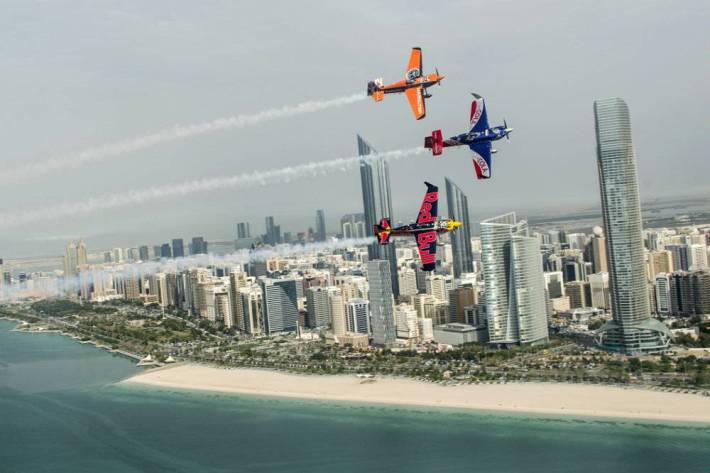 Abu Dhabi is hosting the season opener of the Red Bull Air Race World Championship for the ninth consecutive time on 11-12 March 2016 – yet for the 14 elite competitors, the view is never the same. On a pre-training flight led by Australian ace Matt Hall, pilots Kirby Chambliss of the United States and Nicolas Ivanoff of France took in Abu Dhabi’s ever-expanding skyline, as well as the beauty of its prized natural features.

The UAE capital is known worldwide for its architectural innovation, and cranes dotting the cityscape erect new marvels year by year. Flying their raceplanes, the airborne trio were able to see it all, from the iconic domes of the Emirates Palace and the arches of the Sheikh Zayed Bridge to the startling contrast between vast desert sands on the interior and lush mangrove greenery at the coast.

Hall’s leadership of the trek was emblematic of his current position at the top of the overall rankings. After finishing a close second to 2015 World Champion Paul Bonhomme (GBR), who subsequently retired, Hall is the man everyone will be chasing as he looks for his first title. It’ll take everything in the Aussie’s arsenal to fend off Chambliss, Ivanoff and the rest of the loaded field, including the men ranked second and third, Hannes Arch (AUT) and Martin Šonka (CZE).

See it from the start: Tickets for all stops of the 2016 Red Bull Air Race World Championship – including the season opener in Abu Dhabi – are on sale now. For more information on tickets and all the latest, visit www.redbullairrace.com