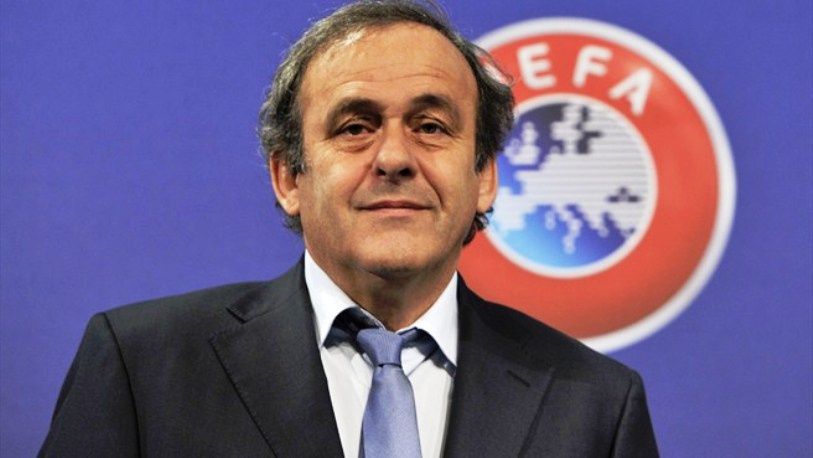 UEFA chief Michel Platini was given powerful support from South America on Saturday as he fought back against a 90-day ban imposed on him by FIFA as part of its corruption investigation.

The backing came from the South Amerian confederation CONMEBOL which said that the 60-year-old Frenchman was innocent until proven guilty of any wrongdoing and that the ban was “untimely and disproportionate”.

Platini’s lawyers had earlier launched an official appeal against the suspension at FIFA headquarters in Zurich.

The latest developments in the FIFA crisis came a day after FIFA president Sepp Blatter also appealed against a simliar 90-day ban from all football-related activities over a Swiss criminal inquiry.

The bans on Blatter and Platini — the two most powerful men in world football — were announced by FIFA on Thursday as its ethics watchdog geared up its investigation into fraud and corruption at the heart of the organisation.

The 60-year-old Platini, a frontrunner to succeed Blatter as chief of football’s scandal-tainted world governing body, denies any wrongdoing in taking a $2 million (1.8 million euros) payment from FIFA in 2011.

The former France skipper has slammed the ban as “farcical”, insisting the payment was legitimate, and on Saturday a close associate said an official appeal had been lodged at FIFA’s Zurich headquarters.

The statement of support from CONMEBOL said that the South Americans did not agree with the FIFA ethics commission decision and that “the presumption of innocence is a fundamental right that has to be considered.”

CONMEBOL added that it fully believed in Platini’s capacity “to lead FIFA and the football world towards a brighter future”.

The fate of the election to replace Blatter — slated for February 26 — could depend on the summit, with some senior FIFA figures suggested the committee could debate postponing the vote.

Interim FIFA president Issa Hayatou, who Friday insisted ongoing health problems would not stop him doing the high-pressure job, is rushing from his native Cameroon to take the reins at FIFA HQ and is expected in Zurich on Tuesday.

The dramatic suspension of Blatter and Platini along with FIFA general secretary Jerome Valcke was the latest blow to an organisation reeling from months of scandal.

The crisis has been building since May, when US authorities announced charges against 14 officials and sports marketing executives over bribery allegations amounting to more than $150 million.

The suspensions handed out on Thursday can be renewed for another 45 days when they run out in January, which would take the exclusion until just before the FIFA election.

Should either Blatter or Platini see their appeal rejected, they would still have the right to take their cases before the final-instance Court of Arbritation forSport (CAS), based in Lausanne.

Adding to the controversy, Thursday’s purge by the ethics committee also felled South Korean tycoon Chung Mong-Joon — like Platini a candidate to replace Blatter — who was banned from football activities for six years.

Furious Chung has vowed to sue FIFA and take his case to CAS.

There was further drama on Friday as the ethics committee rejected Blatter’s claims he was not allowed to give evidence before he was banned, saying he was given “all his rights”.

There were reports the 79-year-old Blatter, head of FIFA since 1998, had complained that he only found out about his suspension after it was made public.

But ethics committee spokesman Andreas Bantel said Blatter had been given the chance to put his case on October 1.

Platini also “had the very same rights” at an interview on the same day, Bantel said.

The former Juventus star had presented himself as the man to clean up FIFA but a cloud now hangs over his candidacy, though he insists he will press on with his bid for Blatter’s hotseat.

He was named in a Swiss probe into Blatter for criminal mismanagement over the $2 million payment which Platini says was payment for consulting work he undertook years earlier.

But his candidacy still needs to come under the microscope of FIFA’s elections commission who will examine his suitability.

Blatter, who decided to quit in June just days after being reelected, has so far resisted calls from major sponsors including Coca-Cola, McDonald’s and Visa for him to step down immediately. – Agence France-Presse