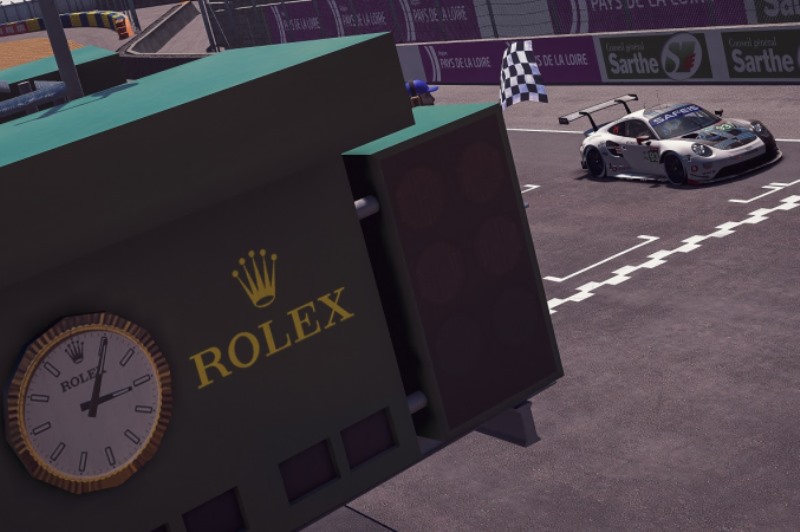 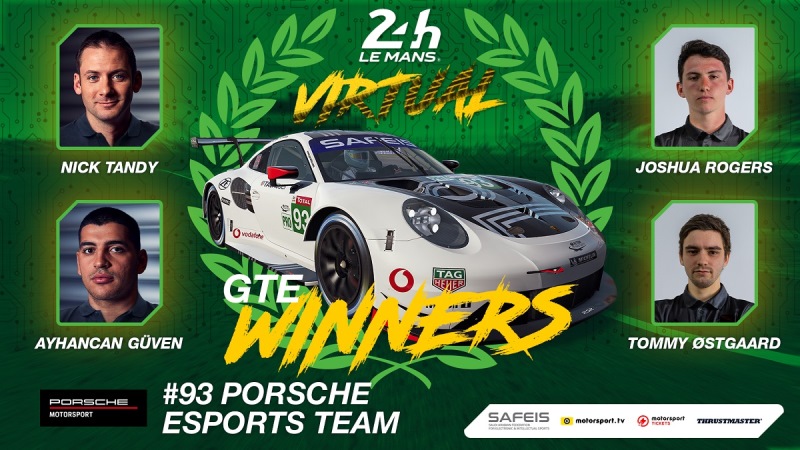 The No. 93 Porsche 911 RSR of the Porsche Esports Team (Nick Tandy, Ayhancan Guven, Joshua Rogers and Tommy Ostgaard) took a well-deserved victory over the 20-strong field competing in the GTE category at the 24 Hours of Le Mans Virtual.

The win for Porsche is made even more special as 2020 marks the 50th anniversary of Porsche claiming its first overall victory at 24 Hours of Le Mans with Richard Attwood and Hans Hermann at the wheel back in 1970.

Aston Martin Racing took the runners-up spot after a polished performance from the No. 95 car which was driven by Nicki Thiim, Richard Westbrook, Lasse Sorensen and sim racer Manuel Biancolilla. The foursome was able to take advantage of second place when the two cars in front (the No. 80 R8G Esports Team entry and No. 92 Porsche Esports entry hit trouble in the race’s closing hour).