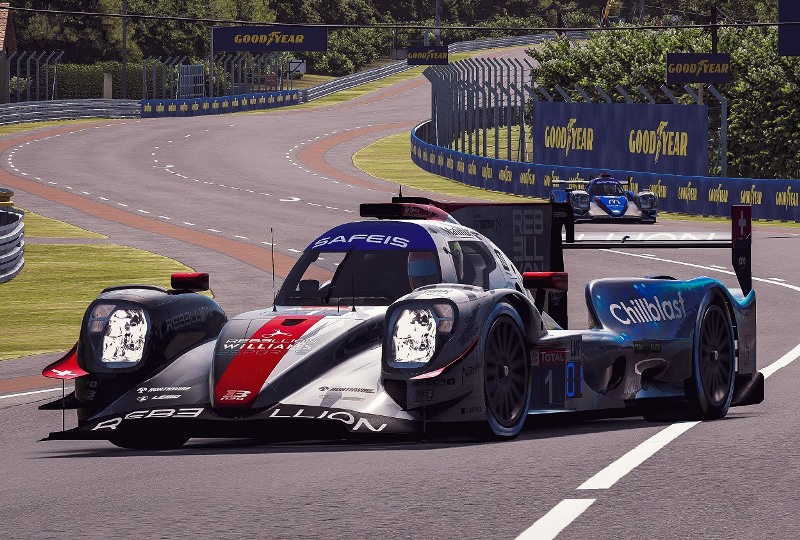 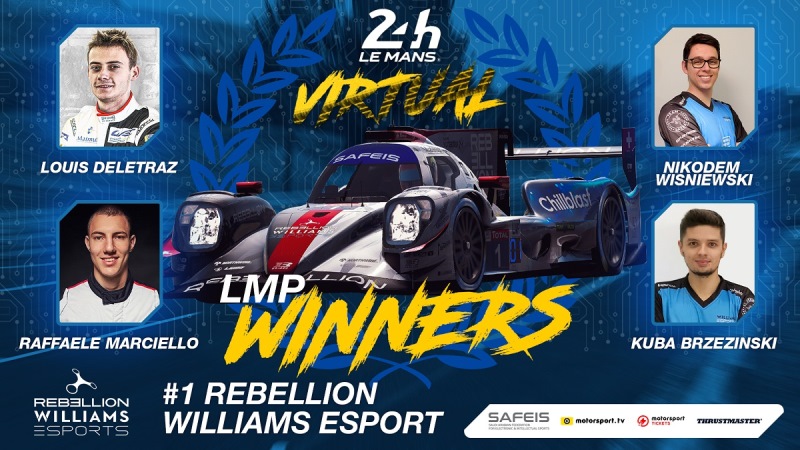 Rebellion Williams Esport have won the inaugural 24 Hours of Le Mans Virtual after a phenomenal combined effort from its foursome made up of pro racing drivers Louis Deletraz and Raffaele Marciello plus sim racers Nikodem Wisniewski and Kuba Brzezinski.

The 24 Hours of Le Mans Virtual, a unique virtual endurance event organised by the FIA WEC, the ACO and Motorsport Games, brought together the elite of motorsport and sim racing. With a live 24-hour stream and a host of leading broadcasters across 57 countries televising the race worldwide, millions of people tuned in to watch 200 drivers and 50 teams from 37 different countries battle it out on a virtual Circuit de la Sarthe. An incredible 13 million connections were made to the Alkamel official timing system to follow the race.

In the end, it was the No. 1 ORECA LMP belonging to Rebellion Williams Esport that took the overall victory after the team dominated the race from the ninth hour. The team crossed the finish line 17.781s ahead of runners- up ByKolles Burst Esport (Tom Dillmann/Esteban Guerrieri/Jernej Simoncic and Jesper Pedersen), having had to work hard to save fuel in the final stint and avoid an additional stop.

Pole-sitters ByKolles – Burst Esport made a heroic effort to climb back up the leaderboard in the No. 4 LMP car despite a number of early setbacks including a drive-through-penalty in the race’s opening hour plus some hardware issues mid-race.