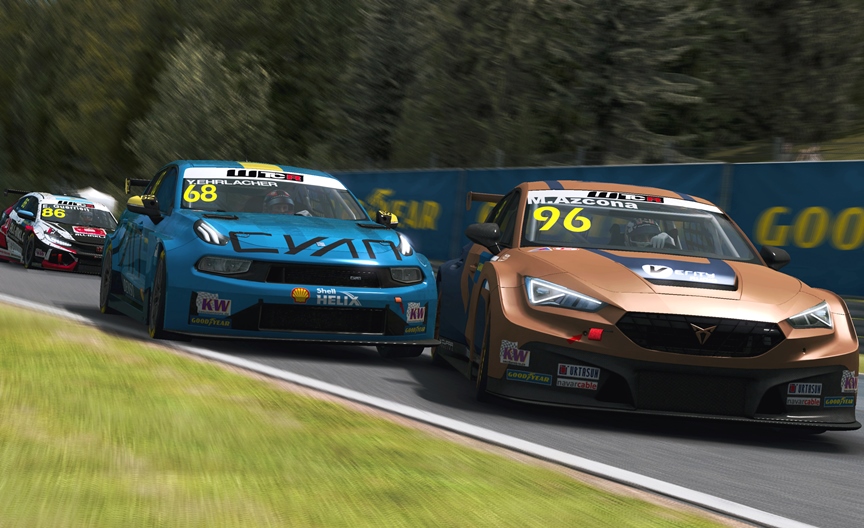 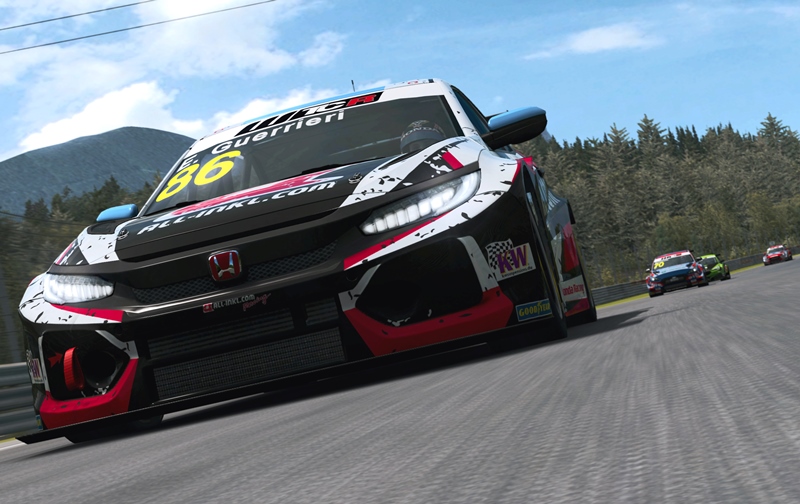 Esteban Guerrieri and Attila Tassi began their Pre-season Esports WTCR Championship bids by taking a win each at a virtual Salzburgring this afternoon (Sunday) with all the thrilling action shown on Eurosport and other broadcasters around the world.

The high-speed layout of the Austrian track delivered two drama-packed slipstream battles with Argentine Guerrieri’s capture of eighth place in Race 2 helping him to the top of the title standings by five points over Slovakia’s Mato Homola, who followed Guerrieri’s Honda home in Race 1.

Honda-powered Hungarian Tassi held on for the Race 2 victory after a late attempt by a charging Mikel Azcona (CUPRA) to take first place failed. Azcona, from Spain, had gone fastest in the lap-one Superpole contest to claim the DHL Pole Position for Race 1. However, contact with Yann Ehrlacher’s Lynk & Co, the fastest overall qualifier, wrecked his hopes of winning the opening contest.

With the real WTCR set to kick off at Salzburgring in September, the Pre-season Esports WTCR Championship opener provided an exciting virtual taster of what’s to come in a few months from now. It also underlined the fact the remaining five events of the Pre-season Esports WTCR Championship, which is exclusively for WTCR drivers, are not to be missed.

RACE HIGHLIGHTS
Race 1:
*There’s drama at the first turn: Azcona and Ehrlacher collide, Tassi is nudged into a spin, Comte and Priaulx are also in trouble
*Guerrieri snatches early lead, Homola and Boldizs battle side by side, Michelisz closes up
*Muller takes to the grass and makes light contact with Björk after an attempt to pass Engstler fails
*Ehrlacher, fighting back from his T1 delay, engages in battle with Langeveld. At one point he jumps the first chicane in his efforts to get ahead but Langeveld resists the pressure
*Ceccon goes wide in his scrap with Coronel
*As the clock runs down, Michelisz overtakes Boldizs who remains latched to the King of WTCR’s tail to the finish
*Ehrlacher closes up to Boldizs on the last lap but it’s too late: Boldizs holds on for fourth behind winner Guerrieri, second-placed Homola and Michelisz in third
*Néstor Girolami, who collided with Muller in qualifying, rounds out the top six

Race 2:
*Björk makes a good start from the reverse-grid pole but he overshoots the first chicane, runs over the kerbs, loses momentum and allows Tassi to pass
*Michelisz also demotes the Swede starting lap two, but Björk remains in touching distance of his Hyundai-driving rival
*Azcona, from eighth on the grid, is on a charge and passes Langeveld for fourth place with an impressive around-the-outside move on lap three
*Within a lap the CUPRA-driving Spaniard is up to second having overtaken Björk and Michelisz in quick succession, despite a scare at T11 when he puts two wheels on the grass
*Langeveld and Michelisz battle hard for third with Ehrlacher behind Michelisz in fifth
*A nudge from Homola sends Björk sideways in the fight for sixth
*Comte and Girolami join the battle for sixth but Comte loses out when he clashes with Girolami at the first chicane
*Guerrieri passes Boldizs for eighth
*Azcona closes on Tassi, tries to pass on the final lap but can’t make the move stick at Turn 12 and settles for second with Langeveld third

THE WINNERS SAID WHAT?
Esteban Guerrieri (Race 1): “That was nice. Unfortunately, Yann and Azcona tangled in the first chicane, which is quite tricky… cold brakes… very tight… So, after that I got a clean road, I still had to push because Mato was behind me, pushing quite hard. I’m happy to get the first win and good points for the championship, congratulations to Mato and to Norbi for P3.”

Attila Tassi (Race 2): “The first race was not as we planned, I was in a big crash, but in Race 2 I managed to have a good start, overtook Björk and then just wanted to pull a gap to not have slipstream with the guys behind me. Afterwards, when Mikel got P2, he was catching lap by lap. I tried to manage my tyres as much as I could for the end, but in the first chicane I lost too much to Mikel and we had some close fight in the end. But, luckily, we finish on the top, I’m very happy.”

What’s next?
The Pre-season Esports WTCR Championship heads next to a virtual Hungaroring on 21 June with all the action on Eurosport at 22h30 CET, subject to final scheduling.