At Le Mans, Audi thoroughly prepared for the 24-hour race to be held in two weeks from now. On the official test day for the most important endurance race of the year, the three Audi R18 e-tron quattro cars completed detailed programs and reeled off 288 laps. On June 13 and 14, Audi will be battling for its 14th victory in the Le Mans 24 Hours at La Sarthe.

Audi?s engineers and race drivers concentrated on setting up the three hybrid sports cars for a circuit that can only be driven on twice a year ? on the test day and during the week of the race. The work was centered on settings for kinematics, dampers and aerodynamics. In addition, the drivers tested various types of tires. In the morning, Audi Sport Team Joest managed to work out a solid basic set-up on a dry track before rain set in.

Significantly varying precipitation constantly changed the conditions during the eight-hour test day. ?Obviously, something like this is less than perfect but we knew the weather forecast and these conditions can of course be relevant for the race,? said Head of Audi Motorsport Dr. Wolfgang Ullrich. ?Still, we can be satisfied with our work because our R18 e-tron quattro cars were running impeccably.?

The Audi drivers were already the busiest of all squads in the morning. Marcel Fässler/André Lotterer/Benoît Tréluyer (CH/D/F), Lucas di Grassi/Loïc Duval/Oliver Jarvis (BR/F/GB) and Filipe Albuquerque/Marco Bonanomi/René Rast (P/I/D) clocked a total of 1,935.318 kilometers in the first half of the test. By the end of the day, this number had increased to 3,925.152 kilometers. ?That there were almost no interruptions is a positive. As a result, all our drivers spent a lot of time on track and familiarized themselves with the circuit in different conditions,? says Chris Reinke, Head of LMP.

The fastest Audi driver was Marco Bonanomi, who needed 3m 22.307s for one lap in the morning. In the aggregated results of both practice sessions, Albuquerque/Bonanomi/Jarvis finished the test day in third place, Fässler/Lotterer/Tréluyer took fifth place and di Grassi/Duval/Jarvis achieved sixth position. The next few days, Audi Sport Team Joest will be preparing the three race cars at Le Mans for the race week that will begin with scrutineering on June 7. 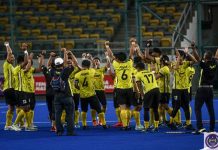