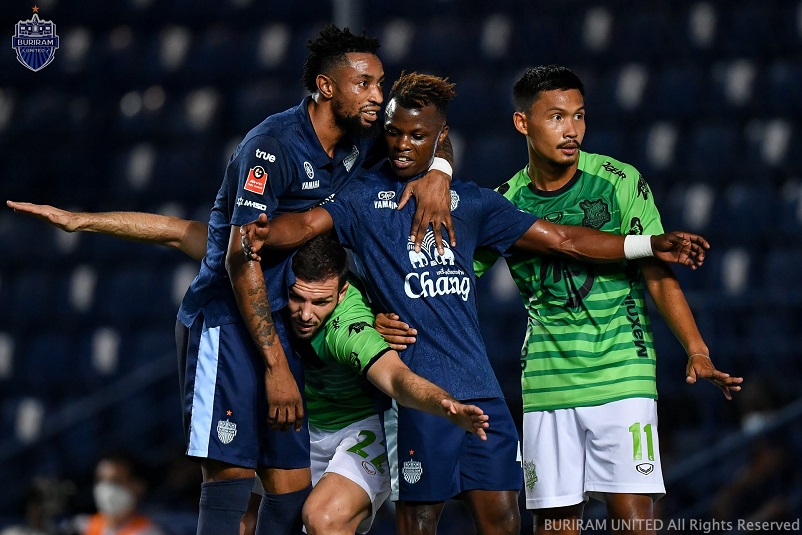 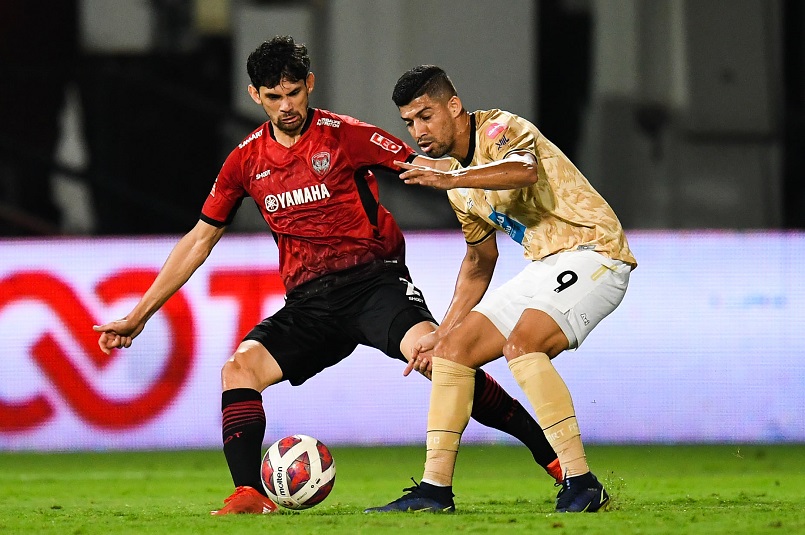 They may be struggling at the wrong end of the 2021/22 Revo Thai League 1 but it certainly did not prevent PT Prachuap from giving league leaders Buriram United a reality check when they dumped the latter 2-1 in front of their home fans at the Buriram Stadium.

Prachuap, who had only won once in the last nine matches, were certainly more determined after picking up a win in their previous league tie against Nakhonratchasima FC.

Despite trailing by a goal down as early as the 15th minute when Pansa Hemviboon struck home the lead, Prachuap fought back with a Willen penalty in the 78th minute before Patrick Reichelt then delivered the winner five minutes to the end.

The win could not improve Prachuap’s position second from the bottom in the 16-team league as Buriram still maintained their hold at the top with a five-point advantage over second-placed Bangkok United.

The city side failed to take advantage of Buriram’s defeat when they could only afford a scoreless draw at home against Ratchaburi Mitr Phol. 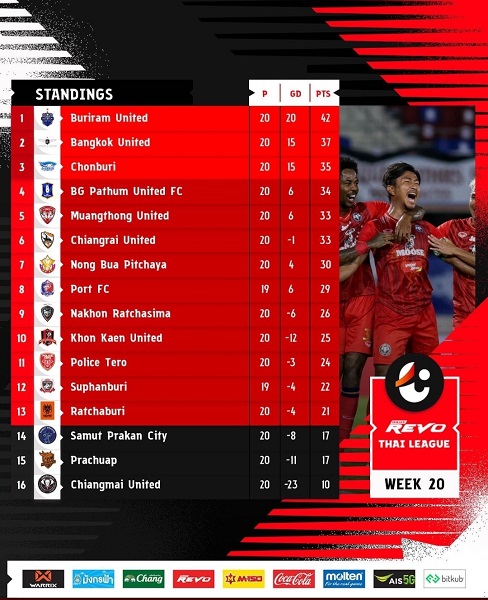