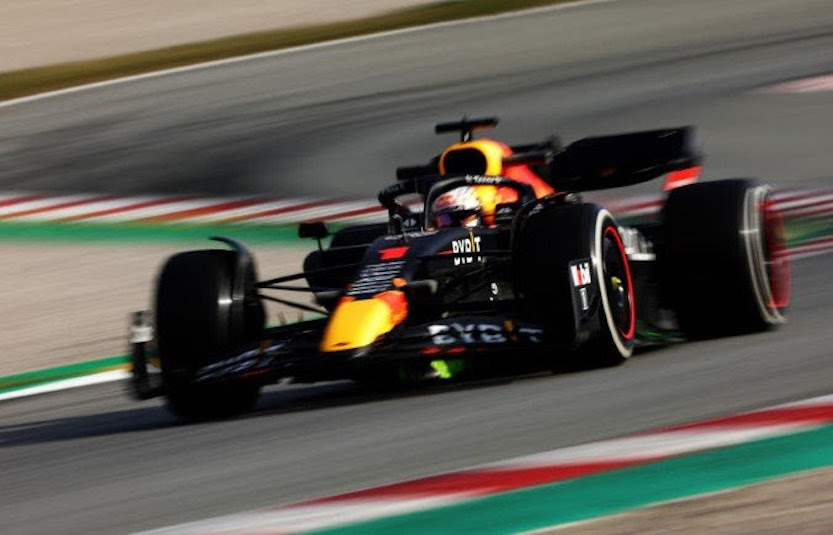 Oracle Red Bull Racing today charged into a new generation of Formula One competition as defending F1 World Champion Max Verstappen put the Team’s all-new RB18 car through its paces at a pre-season shakedown in Spain.

The 2022 season features the most extensive set of regulation changes ever seen in F1 and the clean-sheet approach to the sport’s technical regulations have resulted in a radically different look for the RB18.

And Max, who today brought the champion’s number one to a car for the first time in F1 since 2014, launched the Team’s 2022 campaign with a marathon workout at Circuit de Barcelona Catalunya that totalled 147 laps of the 4.655 kilometre track, the largest single driver total of the opening day at the Montmélo venue.

And commenting on a day on which he completed almost two-and-a-half Spanish Grand Prix race distances Max said: “I think the car looks good but the most important thing is that it is fast, and that’s what we are trying to see. We wanted to get laps in today to get used to the car and to get a general understanding about how it’s behaving. As well as that, we needed the mileage to see how the parts held up. Everything worked pretty well, so it was a good start and a positive day. Tonight, we will look into things in more detail and see what we need to do to improve. Checo will drive tomorrow and then I am looking forward to getting back in the RB18 on Friday.”

Oracle Red Bull Racing CEO and Team Principal Christian Horner said: “It was a very short off-season, but it’s great to be back at the track and see the number one on the car, it’s been a long time since it’s been on an F1 car and our target this year is to keep it there. We are excited to get this new era of the sport underway and see the car run on track in anger for the first time.

With such a big regulation change it’s even more fascinating this year. We’ve got a great Team and we’re fully motivated coming into this season. Max felt the car was good to drive, so it was a positive first morning. It is going to be a good year for Checo, now he is in his second year with us more familiar with the Team.”

Head of Race Engineering Guillaume Rocquelin added: “I’m happy because today went really well for the Team. We gave ourselves the optimistic target of 700km and we finished around three laps short of that, which for the first day of testing is quite unusual. Things went well, we did some tests and we have a good direction for how to improve the car. Max is pleased so far, there are some balance limitations but nothing that makes us think we need to turn things upside down to make the car work.”