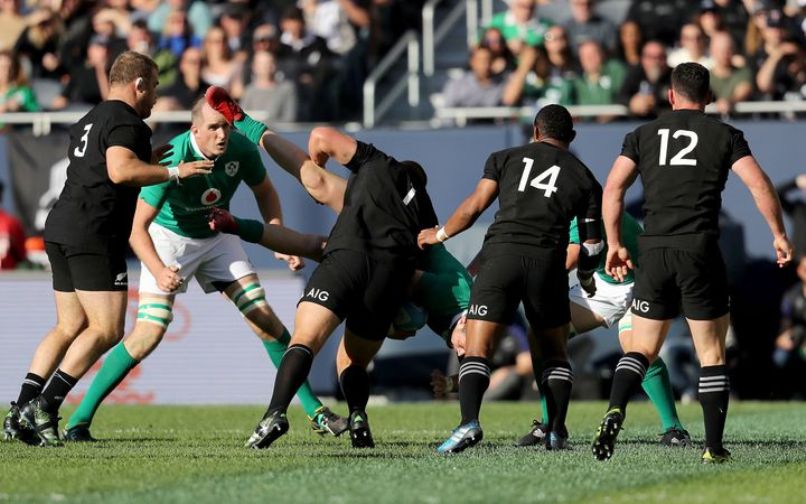 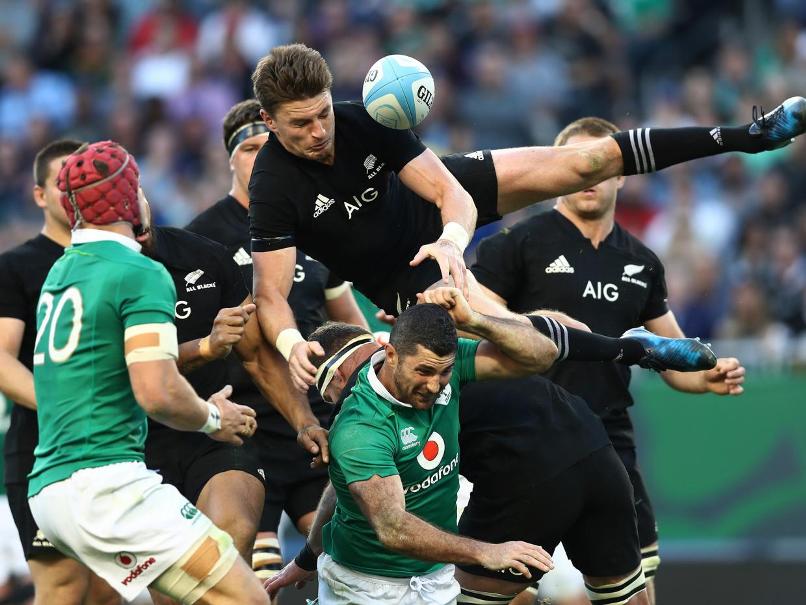 All Blacks coach Ian Foster admits the world champions paid the price for being “too predictable” when they went down to a landmark defeat by Ireland at the weekend.

The charge has been levelled by Bryan Lochore and Foster said Tuesday he had no problem with the All Black legend’s damning verdict.

“I think it is fair based on the Irish game. I think the Irish probably found us a bit predictable too,” the number two to head coach Steve Hansen told reporters in Rome.

“We struggled early in terms of ball supply and we were not able to paint some pictures that we needed to paint.

“So when we did eventually get the ball we did become predictable.”

Weakened by injuries, the All Blacks were out-fought and out-thought in a 40-29 defeat in Chicago that represented Ireland’s first triumph over New Zealand in 111 years of matches between the two sides.

Mental fatigue also looked to have played a part in a record 18-Test winning streak coming to an end at Soldier’s Field.

“It was not what we have been doing for most of the year but we have to recognise that it was our 11th Test of the year,” Foster said.

“So while we were feeling pretty good about how things were going, the opposition had plenty of time to look at us and we have got to be smarter than that.”

Foster said the defeat would not however affect Hansen’s plans to use Saturday’s clash with Italy as an opportunity to give some of the less experienced members of his squad playing time.

“Our belief has always been that we need a lot of freshness to get our performance right.

“Coming off a loss – that hurts. But it doesn’t change our attitude about using the full resources of our squad to get through this tour.

“If you bring guys over you really want to give them an opportunity.”

Foster says he has been impressed by how Italy have started life under Irish coach Conor O’Shea.

“He seems to want to use the traditional (pack-led) strengths of Italian rugby but he has certainly added a few other things around the park,” Foster said.

“So I think there will be some surprises for us on Saturday and that is not a bad thing for us because we have to go in there with our eyes open and make better decisions on the run.

“We have played Italy enough to know that if we allow their strengths to get on top of us that we can struggle against them.”

The All Blacks’ line-out, which malfunctioned badly against the Irish, could be bolstered by the return of Brodie Retallick.

The giant lock has joined the squad in Rome after missing the Chicago trip due to the concussion he suffered after being struck by Australia flanker Dean Mumm as the All Blacks notched up their 18th consecutive victory in Auckland last month.

“So far, so good,” Retallick said of his recovery from an incident which he admitted had left him suffering from severe headaches and disconcerting pressure in the head.

“I am running fine but have not done any contact or collision stuff yet,” he said.

Saturday’s match may come too early for Retallick’s usual second-row partner Sam Whitelock, who is recovering from an ankle sprain.

“The next couple of days will be critical,” Whitelock said of his chances of seeing some action before the November 26 rematch with the Irish in Dublin.

For his first Test in charge on home soil, O’Shea has handed Treviso’s Giorgio Bronzini an international debut at scrum as part of an untested half-back partnership with Carlo Canna, who has only 12 caps to his name.

Skipper Sergio Parisse will win his 120th cap in the back row, breaking the appearances record he had shared with prop Martin Castrogiovanni. – Agence France-Presse