Home 2020 Prosecco DOC as Event Main Sponsor for Aragon Round 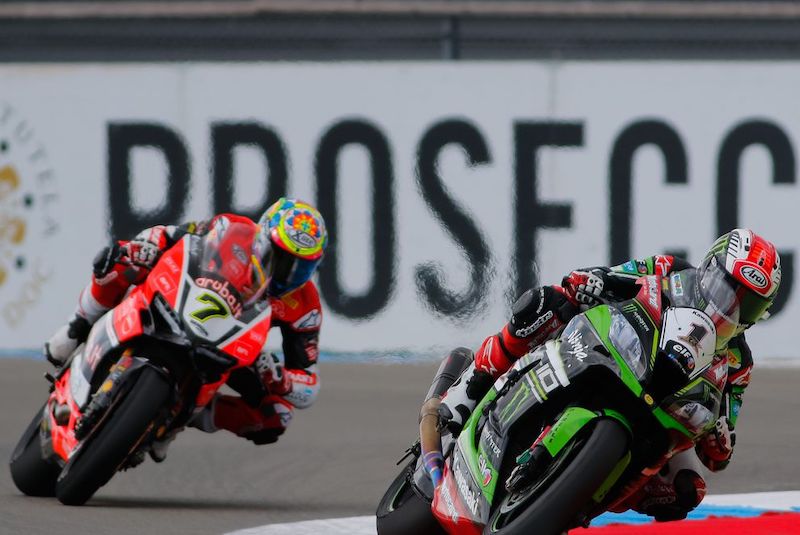 Prosecco DOC and Dorna WSBK Organization (DWO) are thrilled to announce the Italian brand as Event Main Sponsor for the Aragon Round of the 2020 MOTUL FIM Superbike World Championship at MotorLand Aragon, which will take place from the 28th to 30th August.

On the calendar since 2011, the emblematic Spanish circuit has always hosted exciting racing, making no doubt that this year’s round will be another exhilarating event.

The Championship arrives with a fourth different leader since the beginning of the season and with just four points separating first and second, the Prosecco DOC Aragon Round brings high importance for the title race.

With a continuous popularity growth in Europe, Prosecco DOC is a leading producer of sparkling wine, a title the company has held since 2009 after receiving its Controlled Designation of Origin. Each year, more than 450 million bottles are produced and sold around the world.

With aims to pursue a continuous improvement through new technologies, the consortium is at the forefront of innovation and development in the industry, complementing the essence and ethos of WorldSBK. Prosecco DOC and the fastest production-based Championship also share a common goal for environmental sustainability, as the brand promotes organic and integrated production.

Heading into their eighth season of collaboration with WorldSBK, this Event Main Sponsor agreement is a great opportunity for the Italian brand to continue their partnership with the Championship.

The renowned Prosecco wine is sprayed during every podium celebration, bringing some of the best memories from the weekend to a global audience of fans at home. This strong, working partnership further demonstrates the successful association between the consortium and the Championship and will ensure a joyful atmosphere within the paddock throughout the event.