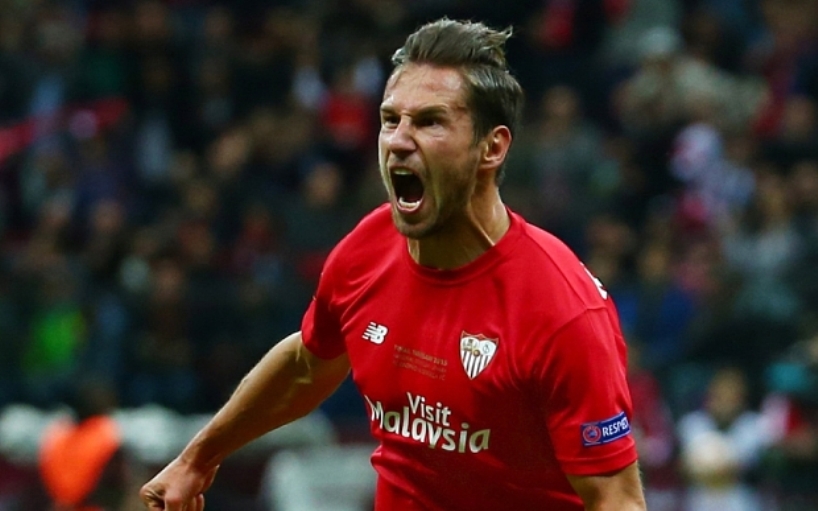 Poland international midfielder Grzegorz Krychowiak said on Friday he had moved to Paris Saint-Germain to power the French giant to an elusive first Champions League trophy.

The Qatar-backed club dominates at home, having won four consecutive Ligue 1 titles, but has never progressed beyond the quarter-finals of Europe’s elite competition.

“PSG is one of the biggest clubs in Europe,” said Krychowiak, who was in Los Angeles with his new teammates for the pre-season International Champions Cup (ICC).

“Coming here gives you the opportunity not only to play in the Champions League but also the opportunity to win it. And that motivates the player, makes you want to come here and be part of that adventure.”

The 26-year-old won back-to-back Europa League titles with Sevilla before signing for PSG on a five-year deal earlier in July for a reported 26 million euros ($28.9 million).

Krychowiak, who started his career at Ligue 1 side Bordeaux, links up again with former Sevilla coach Unai Emery, now at the helm of PSG.

“Every year PSG is progressing, evolving and getting better, and I try to do the same in my career,” said the midfielder, who was part of Poland’s Euro 2016 squad eliminated in the quarter-finals by Portugal.

“I went to Sevilla to become a better player. That was the aim for me going there, and in coming back to play for PSG — one of the best teams in the world.”

The French champions have also secured the services of Belgian international Thomas Meunier from FC Bruges, pipping rivals from across Europe to get the deal across the line.

“When a club like PSG knocks at your door, you can’t hesitate too long to make a decision,” Meunier told reporters at the StubHub Center, home of the LA Galaxy.

“I asked myself a lot of questions. Coming from the Belgian league, would I be able to step up to the level played here?”

But he added: “I couldn’t refuse PSG, I couldn’t turn down coming to join one of the top five European clubs.”

Emery took over at PSG last month from Laurent Blanc, who won the domestic treble twice in a row but failed to make substantial progress in Europe.

The team faces surprise English champions Leicester City on Saturday in the ICC, an exhibition tournament which involves 17 clubs playing on four continents.

The Foxes, 5,000/1 outsiders in pre-season, were crowned champions for the first time in their 132-year history in May, beating much bigger rivals like Manchester United and Arsenal to the title.

“It’s such a fantastic story that not only the big teams can win the Premier League, but also a small team like Leicester who can come up and overcome all that competition.

“Thanks to the Premier League, their story has become recognized worldwide, which makes tomorrow’s match even bigger — the French champions against the English champions.” – Agence France-Presse