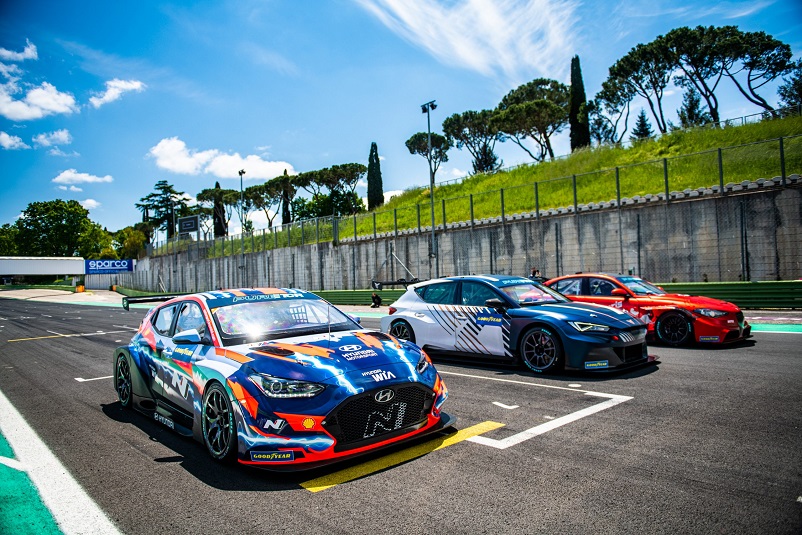 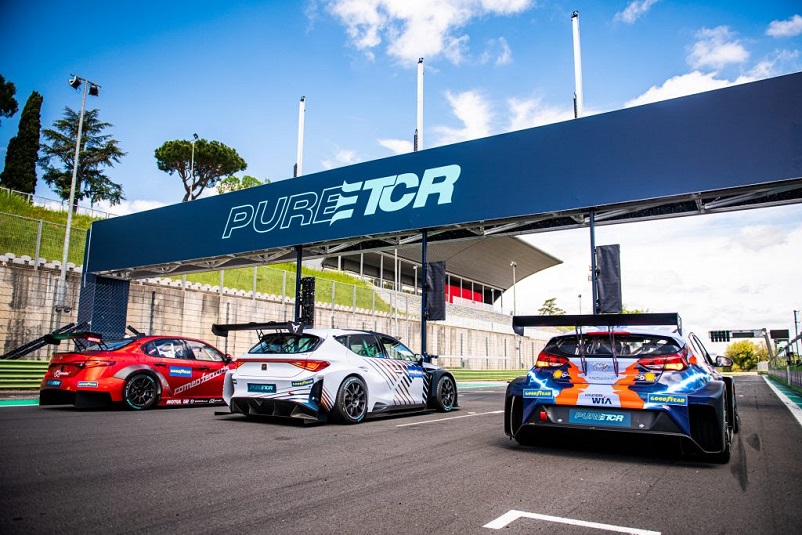 The Autodromo Vallelunga Piero Taruffi is the venue, with some of the world’s finest touring car drivers piloting the most powerful touring cars ever built and evoking the spirit of the gladiatorial clashes for which nearby Rome became famous.

Names like Mattias Ekström, Jean-Karl Vernay and Augusto Farfus bring international title-winning pedigree, but they will be challenged for honours by touring car newcomers like Oli Webb and Rodrigo Baptista.

The 2021 season is set to comprise four events in Europe and one in Asia as part of an optimised calendar created to minimise the emissions created by long journeys and facilitate a no-air-freight policy throughout the year; further reducing the series’ carbon footprint.

A first-class roster of 28 broadcasters will screen coverage of the series across the globe with over 150 countries set to receive the series.

VALLELUNGA – A GREAT PLACE FOR A RACE

Opened in 1951 and now a firm part of Italy’s past and present motorsport heritage, Autodromo Vallelunga Piero Taruffi is named in honour of the Mille Miglia road racer, who was the track’s principal design engineer, and has played host to international and national-level competition over the past half-decade.

In recent years it has become a key electromobility hub for the Italian automotive industry as well as the country’s first ‘smart race track’, with high-capacity chargers installed permanently in the pit garages.

Unusually, PURE ETCR will utilise two different layouts of the circuit this weekend. The 1.7km ‘short’ circuit will be used for Saturday’s Rounds with all subsequent action – including the DHL SuperFinals – held on the 3.2km ‘medium’ layout.

HOW IT WORKS – THE PURE ETCR FORMAT

There is no qualifying in PURE ETCR. After free practice on Friday, a random draw – which fans can watch live on the series’ Facebook page – will determine the rest of the weekend.

Twelve drivers are randomly split into two Pools – A and B – with six drivers in each. Drivers in Pool A and Pool B will be kept separate from each other for the rest of the event. Each car will be shared between two drivers, meaning one of each pair will be placed in Pool A and the other in Pool B.

Each Pool is then randomly split into two groups of three cars each, with grid positions also determined at this stage. Once the groups are drawn, one driver per pool will be randomly selected to make the ‘Drivers’ Choice’, giving them the option to swap their grid position with a rival.

One team representative will then be randomly selected to win the ‘Golden Ticket’. This will give them the option to swap either one of their drivers’ grid positions or switch their designated pool with their co-driver.

Two Battles per pool are held with three cars taking part in each. Battles last no more than 15 minutes. 300kW constant power is available to each driver, plus a ‘Power-up’ boost of between 20 and 60 seconds, taking their car to the maximum 500kW. Power-up can be used as an overtaking aid and is not available to the race leader.

Three Battles are held per pool, each comprising two cars. Round 1 winners face each other, second faces second and third face third for a maximum of 12 minutes. This time 450kW constant power is available with no Power-up.

A solo time trial with the maximum 500kW available for the duration. This will last one or two laps, dependent on circuit length, with the fastest driver in each Pool qualifying on pole position for their DHL SuperFinal.

One per pool, with six cars per battle and every driver still in with a chance of becoming King or Queen of the Weekend. SuperFinals are up to 20 minutes duration and feature all cars on 300kW constant power with Power-up taking them to 500kW.

Points are awarded as follows:

Round 3: No points awarded

The driver with the highest score from the event is the King or Queen of the Weekend and also wins the TAG Heuer Most Valuable Driver Award. Points won on each day count towards each driver’s end-of-season championship score, so consistency is key.

“This is not only the first-ever competition for electric touring cars, but it’s also our first competition with a treaded racing tyre – the Goodyear Eagle F1 SuperSport ETCR – that can be used in both wet and dry conditions. It’s a single compound for everyone, so that means it has to work in very hot and very cold temperatures, and on street tracks and permanent circuits where the grip levels are totally different. It’s been a huge challenge for our R&D team and the project is now more than one year old, but despite this, the feedback from the first test onwards has been very good from the teams. Most of the on-track testing has been done at Vallelunga, so that should make it easier for the teams to know how to set their cars up to maximise the performance of the tyre, in particular, where you need to use the kerbs to help your speed and where you should avoid them, so you don’t damage the tyre. It’s going to be very interesting to see who gets to grips with things best.”

Saturday – All the track action is live on the Eurosport Player and other OTT broadcasters and streamed via the PURE ETCR Facebook page and Youtube channel.

The Vallelunga event will serve as an electromobility exhibition as the racetrack becomes a stage for providers of electric vehicle solutions from the automotive and mobility industries. Guests and thought leaders from all areas will take part in a series of panels and workshops aimed at informing and educating those present.