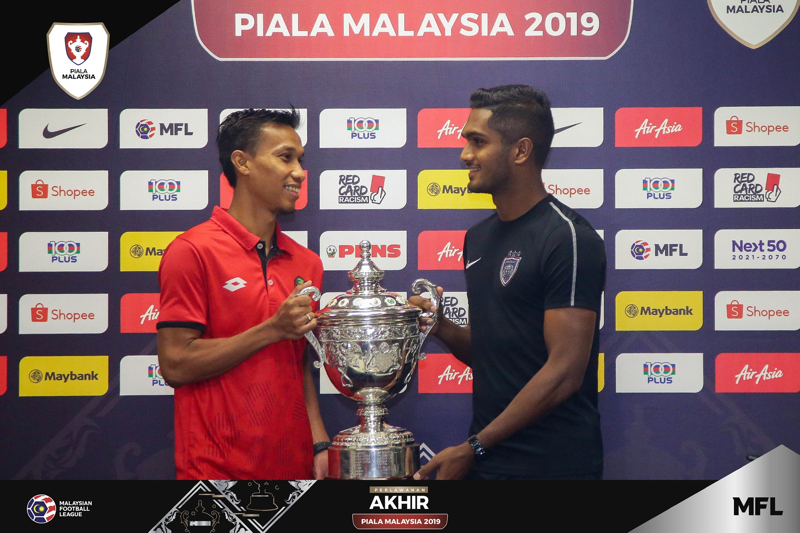 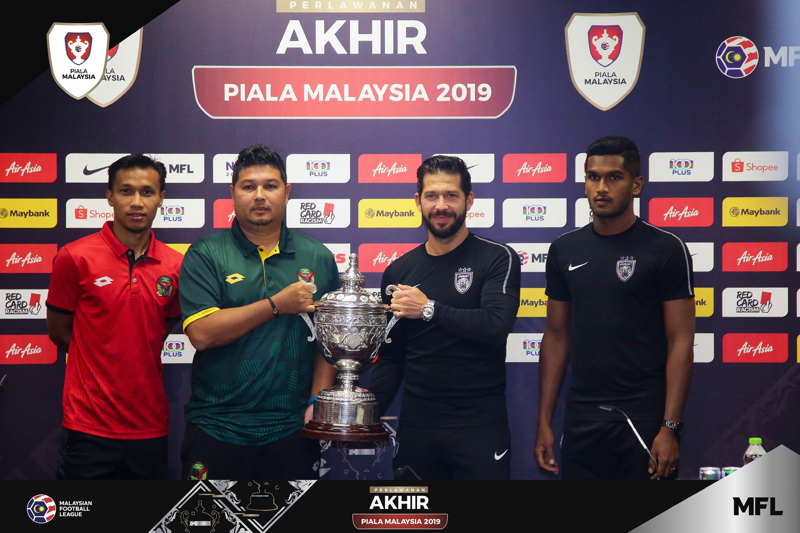 Sentiments will be take a back seat when favorites Johor Darul Takzim take on Kedah in the season-ending Malaysia Cup final at the National Stadium in Bukit Jalil on Saturday – with both teams hoping to achieve a double.
JDT go into the fray as the six-time Malaysian Super League champions while Kedah won this year’s FA Cup after defeating Perak 1-0 in the final at the same venue in July.
There are some interesting facts about this year’s Malaysia Cup final which will see Negri Sembilan-born siblings – the Abdul Radzak twins – playing on opposite sides. Aidil Zafuan will be in JDT colours while Zaquan Adha will don Kedah jersey.
Sentiments will also take a back seat for three Singaporeans who will feature in the Malaysia Cup final. JDT skipper is Hariss Harun who is also the Singapore national skipper and will cross paths with Kedah’s Singapore international, defender Shakir Hamzah on the field.
There is also Kedah’s Singaporean coach Aidil Sharin Sahak who is into his first season with the team.The former Singapore international, apart from winning the FA Cup, also guided the Red Eagles to a creditable fourth place in the Super League behind champions JDT, runners-up Pahang and Selangor.
Aidil’s dream is to win a second trophy in his debut season with the Red Eagles. Previously unknown in the M-League, the Singaporean has instilled newfound confidence in the team and Kedah is a delight to watch when battling against the odds.
This was seen in the two-leg semi-finals against Pahang – battling to a 3-3 draw in the first-leg in Alor Setar and the return-leg was a 5-5 draw in a 10-goal thriller that saw the Red Eagles soar into the final on away goals.
Some 85,000 fans and supporters of both teams will make their way to the National Stadium to cheer their respective teams. Both teams met in the 2017 Malaysia Cup final with JDT laying their hands on the most sought after silverware with a 2-0 win. It was the first Malaysia Cup title for the Southern Tigers.
On the other hand Kedah will be chasing their sixth Malaysia Cup. The final has been described as a “50-50” chance for both teams.
For Aidil Sharin, however, it gives him the chance to play against a “big team” like JDT. “JDT excites me during the ACL playing days,” said the Singaporean.
His JDT counterpart Benjamin Mora played down his team’s chances against Kedah who know the pitch conditions and the stadium environment. – BY RIZAL ABDULLAH