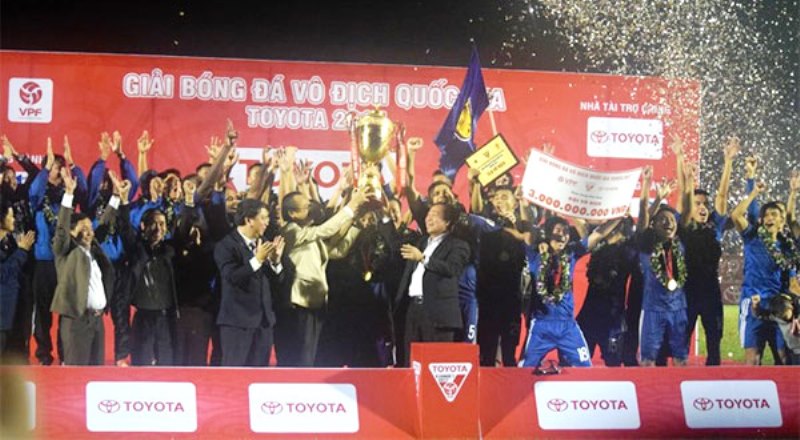 Quang Nam FC picked up their first ever V.League 1 crown yesterday with the last game of the season deciding which team would lift the title.

Going into the final rounds of matches, Quang Nam, Hanoi FC and also Thanh Hoa were on the same 45 points.

But Quang Nam emerged victorious on head to head against Thanh Hoa after both teams picked up the full points while Hanoi stuttered to a draw in their last game of the season.

At the Tam Ky Stadium, Quang Nam were in full force against HCM City driving in the lead after just six minutes when captain, Dinh Thanh Trung converted a penalty.

The loss of Tran Manh Toan a the half hour mark failed to disperse Quang Nam as they doubled their advantage just before the break off Ha Minh Tuan.

Thanh Trung then added the third goal in the Quang Nam in the 70th minute as Vo Duy Nam then pulled a late goal for HCM City in injury time.

Meanwhile, at the Vinh Stadium, FLC Thanh Hoa edged Song Lam Nghe An 1-0 to emerge as runners-up as Hanoi FC were held to a 4-4 draw at the Cam Pha Stadium by Quang Ninh Coal.