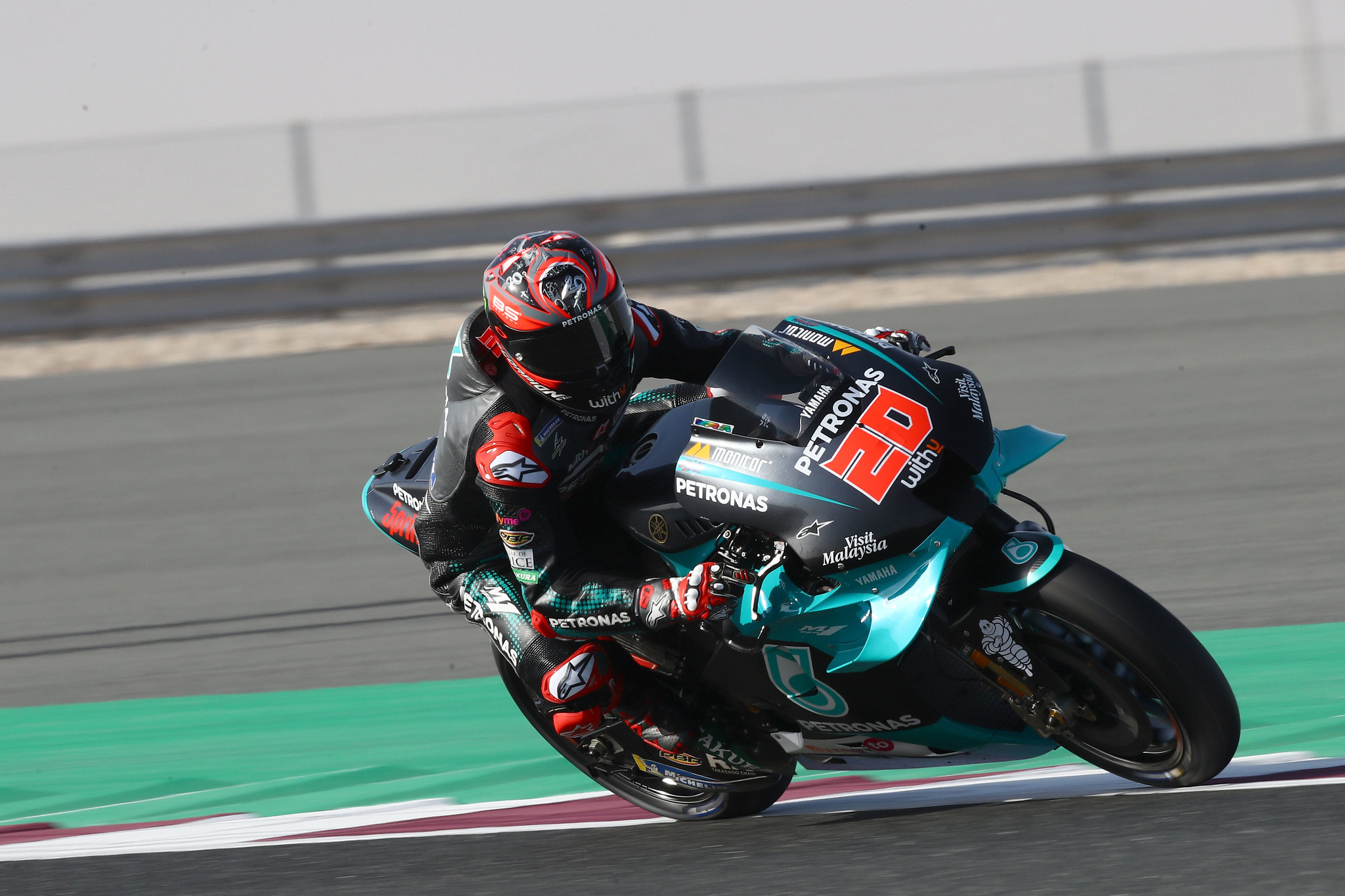 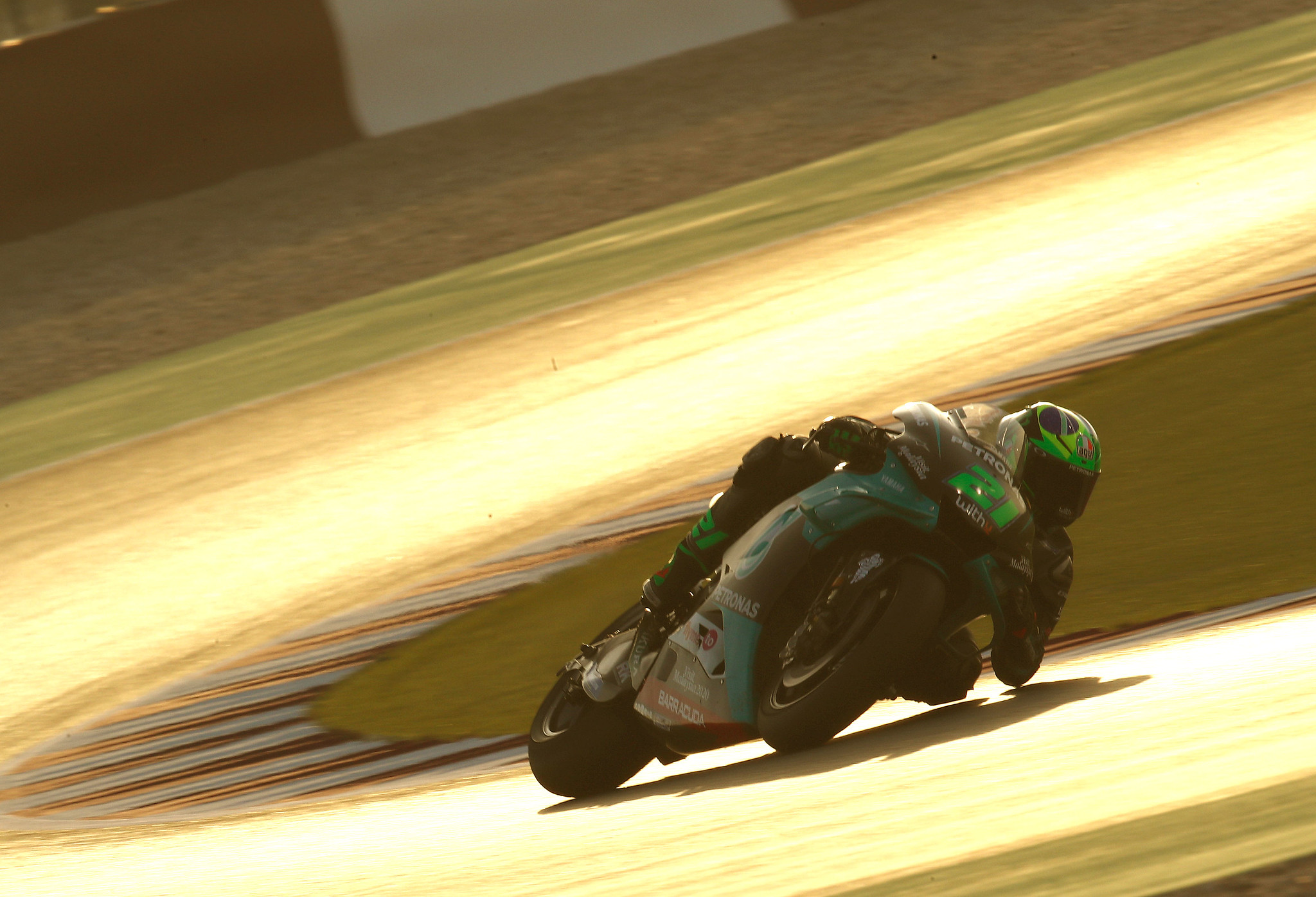 The second day of testing in Qatar saw Fabio Quartararo make the most of his time on track, setting the fastest lap of the day round the 5.4km long Losail International Circuit.

On the other side of the PETRONAS Yamaha Sepang Racing Team garage, Franco Morbidelli also ended the day at the sharp end of the field after setting the fourth fastest time.

After being the first rider out onto the circuit this morning, Fabio used the vastly differing track conditions between pre- and post-sunset to test different setups of his Yamaha YZR-M1, to find the best feeling for each scenario.

‘Today has been a really positive test. We worked on the pace and, like yesterday, we just tested some different electronic settings, engine braking and of course we tried some settings on the bike – on the front and rear.

‘I’m really happy because at the end of the day it was a better day than yesterday. I felt better on the bike and we still have one more day so I hope to improve but overall today was a really positive day.

‘We still need to understand some more things on the bike because at the moment we have only done three days in Sepang, two days here so far. Tomorrow I can still learn many things from the bike and we will be ready to race.’ – Fabio Quantararo

The Frenchman was also able to test some different aerodynamic components for the front of his bike.

Towards the end of the session, Fabio focused on some time-attack laps achieving from his 65 laps a best time of 1min 54.038secs, which placed him at the top of the timesheets.

Team-mate Morbidelli utilised the session today to cycle through different setup changes in order to find the optimum balance of his YZR-M1.

‘Today we’ve been quite fast and we were able to have a good pace with the medium tyre, but we also tested both the hard and soft tyres.

‘The medium and soft are very similar in performance so it’s going to be important to make the right choice on race day.

‘Later in the night it was quite humid and more difficult to make a decent lap but overall today I felt a bit better, a bit more comfortable with the bike, a bit more consistent.

‘We’ve been working this afternoon on my speed and it looked good but in the race we will have to see. I’m looking forward to tomorrow and I feel ready to go racing in two weeks.- Franco Morbidelli

The afternoon saw his lap times decrease on each run, achieving not only a great race pace but also some positive time-attack laps.

Franco completed 70 laps of Losail International Circuit, the most of any rider today, the fastest of which was a 1min 54.481secs – only 0.443 seconds shy of Fabio – placing him fourth at the end of day two.

The final day of pre-season testing will once again commence at 1pm local time (11am CET and 10am GMT) tomorrow, after which the next action for PETRONAS Yamaha SRT will be the first race of the year, also in Qatar, next month (6-8 March).