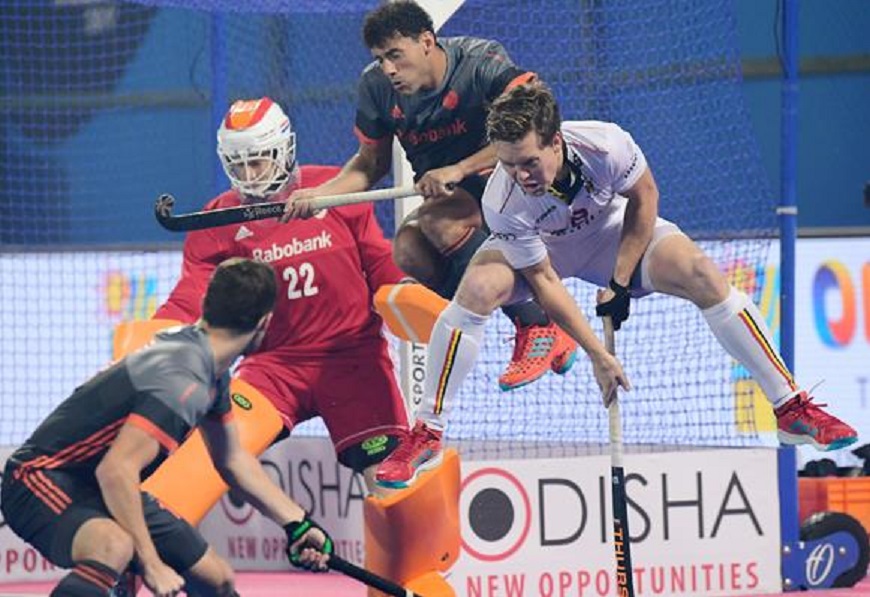 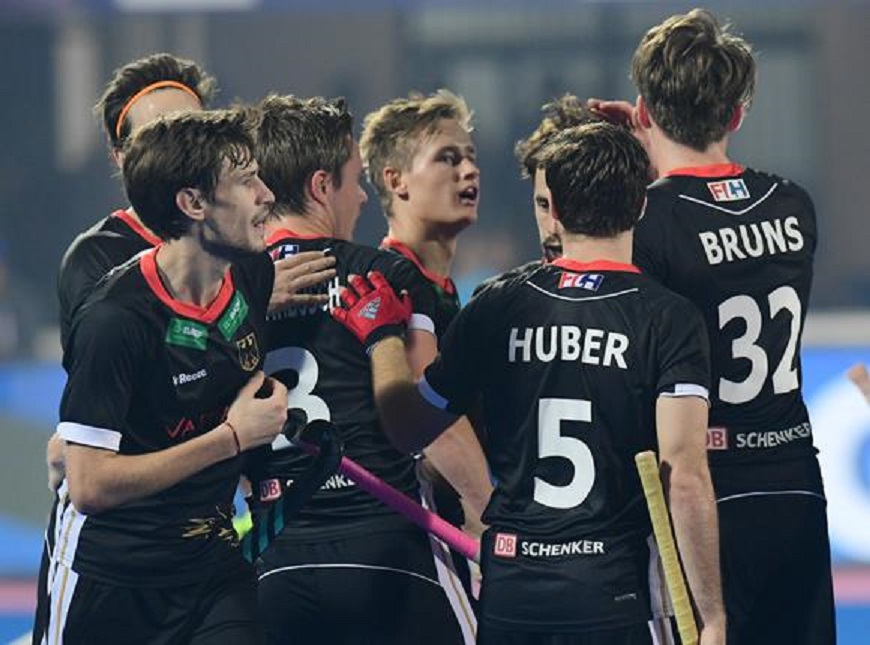 Bhubaneswar, India: Following another exciting day of competition at the Kalinga Stadium, the quarter-final line-up of the Odisha Men’s Hockey World League Final Bhubaneswar 2017 has now been revealed.

Belgium finished at the top of Pool A courtesy of a 3-0 victory over the fourth placed finishers the Netherlands, while Spain’s battling 2-1 triumph over Olympic champions and world number 1 Argentina saw them finish in second place with Los Leones in third.

The first of the cross-over quarter-finals will take place on Wednesday 6th December, with Spain (2nd Pool A) playing reigning world and Hockey World League champions Australia (3rd Pool B) at 1715 Indian Standard Time (UTC: +5.30). That match will be followed at 1930 by the meeting between Belgium (1st Pool A) and India (4th Pool B).

The two remaining quarter-final matches will be played on Thursday 7th December, with England (2nd Pool B) taking on Argentina (3rd Pool A) at 1715 before Germany (1st Pool B) play the Netherlands (4th Pool A) at 1930.

??In the day’s opening match, Spain were the dominant force for the majority of the first two quarters in their meeting with Argentina, having a remarkable 73 percent possession in their opponents’ half. However, it was the Red Sticks who found themselves trailing 1-0 at half time thanks to a superb strike from Leones captain Matias Paredes, who produced the coolest of finishes with his back to goal to find the target with a reverse flick in off the left post.

The Spaniards continued to show their fight in the third quarter but Argentina kept goalscoring opportunities to a minimum before Spain turned the match on its head in the fourth quarter. Experienced attacker Pau Quemada found the target with a low penalty corner drag-flick in the 50th minute before Josep Romeu netted a penalty stroke with less than two minutes remaining after a goal-bound shot hit the body of an Argentine defender.

“It is the first time we have played against Argentina since the quarter-finals of the Rio Olympics, and it was a big fight so we are very happy to have taken three points today”, said Spain captain Miguel Delas after the match. On his side being 1-0 down at half time against the run of play, Delas said: “We knew we were doing things well so we focussed on that. We showed good patience to wait for our chances to score and I’m proud of that.”

The result meant that Spain were guaranteed a minimum second place finish in Pool A, and had a slim chance of finishing top on goal difference provided that leaders Belgium fell to a heavy defeat against the Netherlands in the concluding match of the pool phase. It proved to be a false hope as the Red Lions produced yet another top class performance, winning 3-0 to finish at the top of the pile with a maximum nine points from their three games.

Competition top scorer Loick Luypaert continued his excellent form here in Bhubaneswar with the opening two goals for Belgium, slamming home blistering penalty corner drag-flicks in the 19th and 30th minutes to take his tally to six goals in three matches. Belgium’s third goal also came from a penalty corner, with Tom Boon making his mark on the scoreboard to give the Dutch little chance of staging a come-back.

In the final quarter the Netherlands had a penalty corner goal struck off by a smart video referral from Belgium, who spotted that the ball had not left the circle before the shot was taken. Belgium also had one final gilt-edged chance, with Luypaert missing the chance to claim his second successive hat-trick when he sent a penalty stroke wide of the target. It mattered little, with Belgium taking a comfortable victory ahead of the quarter-final crossovers. ???