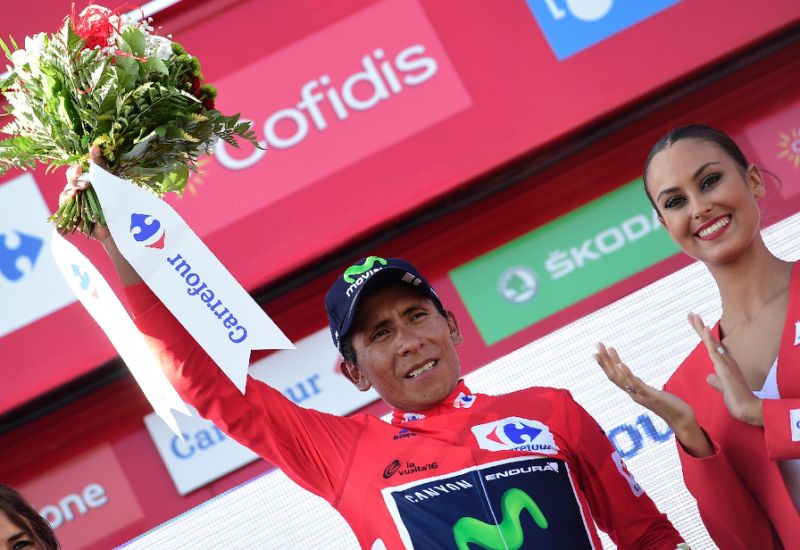 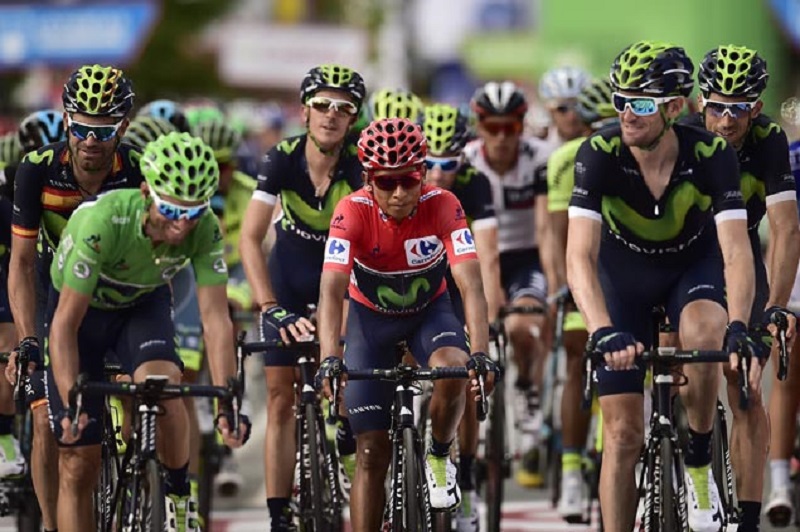 Nairo Quintana took a huge step towards sealing his second Grand Tour win by extending his overall lead to 3mins 37secs over Chris Froome on Sunday’s 15th stage of the Vuelta a Espana.

Quintana and three-time Vuelta winner Alberto Contador formed part of an early breakaway group on the short, hilly 118.5km stage from Sabinanigo to Aramon Formigal and were never caught by Froome as the Tour de France champion finished 2min 37secs back on Quintana.

“It went much better than we imagined,” Quintana told Spanish TV station Teledeporte.

Italy’s Gianluca Brambilla edged out Quintana at the finish in a time of 2hrs 54mins 30secs to take the stage win with Fabio Felline third.

Contador faded towards the end of the final 14.5km climb to end the stage 34 seconds behind, but did enough to jump into fourth overall.

Quintana had repeatedly stressed the need to extend his morning 54 second advantage over Froome before a time-trial on stage 19 and after a series of attacks failed on Saturday’s queen stage, his early move with Contador caught Team Sky cold.

Contador attacked after just six kilometres and Quintana followed as they formed a 14-man breakaway and had two teammates each for company.

“It was a difficult start where you suffer a lot and the punishment from yesterday took its toll. We knew how to suffer at the start, we went with Alberto and with his team and my team we pressed ahead,” added Quintana.

“We opened gaps and the final climb was a race against the clock to leave Froome behind.

“It happened like this because Alberto is also a great strategist, we united and took advantage.”

By contrast, Froome was not only caught out by the surprise move but also deserted as six of his remaining seven Sky teammates couldn’t even stick with the pace in the chasing group.

Instead, Froome had to rely on Astana, despite the Kazak team having no rider in general classification contention, to set the pace for most of the stage just to keep the gap from extending beyond three minutes.

Up front, Quintana was in control even as the breakaway splintered on the final climb and the Colombian looked set to add to his victory on stage 10 until Brambilla’s late burst.

After two days of intense climbing, a flat finish to the 156.4km 16th stage from Alcaniz to Peniscola on Monday offers the overall contenders some potential relief ahead of Tuesday’s second rest day. – Agence France-Presse