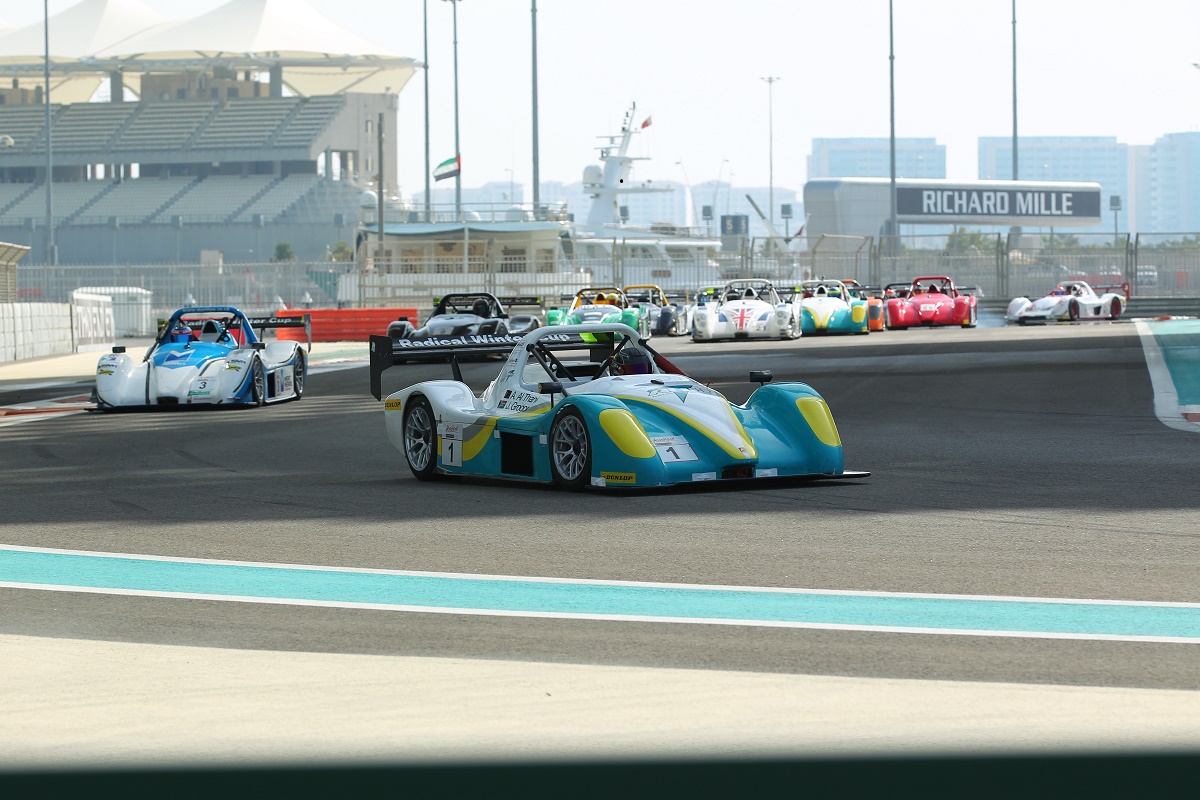 After a long hot summer, this weekend sees the Radical race series back on track at the Yas Marina Circuit. The two trophy races which are on Friday afternoon form part of the Yas Motor Racing Club’s opening event of the season and will see 25 drivers competing for honours.

Carl Rolaston, Radical Series organiser said “It is great to see the cars out racing again particularly with new drivers competing. The Radicals are extremely popular throughout the world and provide “grass roots” motor racing at its best.”

New drivers include Sameh Al Qubaisi who is the younger brother of Abu Dhabi Racings successful racer Khalid Al Qubaisi. Sameh will be partnered by the very experienced Radical driver, Tarek Elgammal and the duo should form a formidable partnership.

Also new to the grid is Jan Bijsterbosch who this weekend will be racing with Wesley Grogor in their Freshly Foods Radical SR3.  They will be joined by Eric Zimmerman and Finnish driver Jani Hjerpi who will also be racing for the first time. Racing on his own will be Russian driver Sergey Shalunov in the Arloid racing car.

John and Matthew Illingworth, represent the first father and son race team in the series and they hope to put on a good display. Father John said “it’s great to be joining the Series and we are very grateful for the help and support of Friend NTS. It just shows that dreams can really come true.”

Regular Radical Series drivers Ludovic Loffreda and Romain Lutter will be out racing in their Lucco sponsored car as will UAE driver Ahmad Al Hammadi and UK driver Mark Jordan in the EMAL racing car.

Series Co-ordinator, Lorna Matias commented, ”with the mix of regular and new drivers there should be some exciting track action particularly at the starts. The Radicals always provide good racing and their popularity in the Middle East region continues to grow.”

The start of the first Radical race is at 1300 on Friday with the second race being held at 1600. Both races are of 45 minutes duration with a compulsory pit stop for driver changes midway through the races.

Spectators are always welcome in the Radical garages and the Paddock can be accessed through Gate 7 at the Yas Circuit complex.