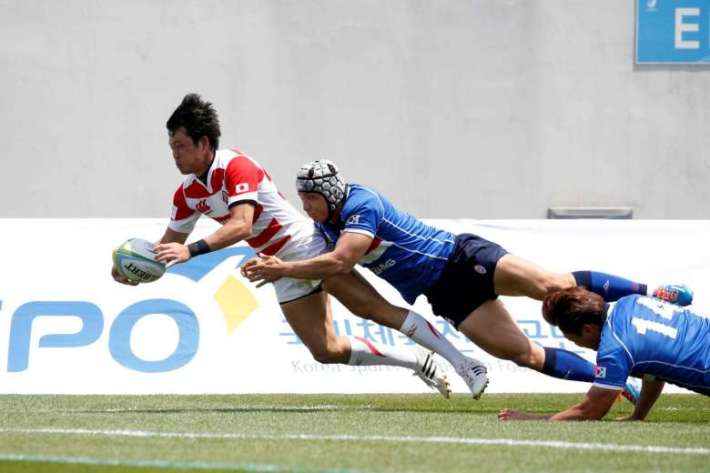 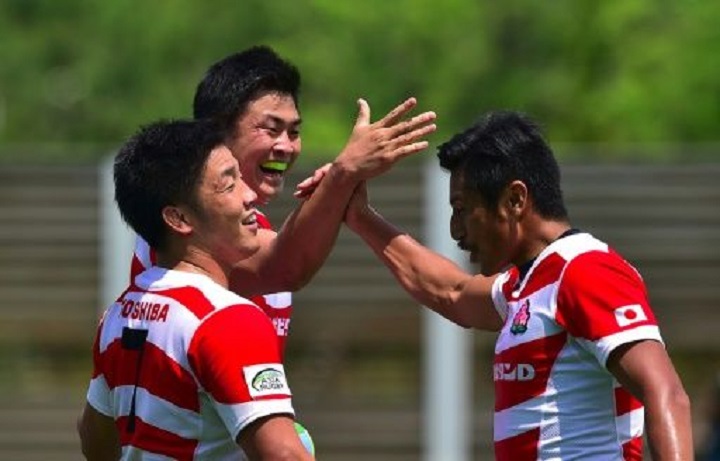 Japan all but secured their second consecutive Asia Rugby Championship in Incheon on Saturday with a 60-3 nine-try mauling of South Korea.

While Hong Kong can still mathematically level the series with two games remaining, three bonus-point wins leave the Brave Blossoms with one hand firmly on the cup.

Japan entered the match with a 23 that included five debutants and a host of changes from their last match.

“Korea have high pressure on defence and particularly on the breakdown,” he said.

South Korea, with three changes to their starting 15 from last week’s 34-27 defeat by Hong Kong, showed more fight than in their 85-0 loss to Japan in the regional championship opener but were never in the game.

They started the match with the assistance of a strong breeze and made use of it in the opening minutes — fly-half Oh Jim-Yeong launching a successful penalty kick from halfway to give his side an early 3-0 lead.

Japan responded soon after through a try to hooker Atsushi Sakate and they took the ascendancy when captain Keisuke Uchida split the home defence to make it 10-3.

South Korea’s cause was made tougher when Youn Kwon-Woo found himself in the sin bin after 16 minutes, allowing Japan to further drive home their advantage.

A penalty try and a brace from Ryohei Yamanaka saw Japan pull away and take a 29-3 lead into the half-time break.

It was all Japan after the restart and South Korea were again a man down when Kim Hyun-Soo was yellow-carded after 53 minutes.

A second try to Sakate was followed by scores from Kentaro Kodama, Naohiro Kotaki, Takuhei Yasuda and Hajime Yamashita, and a strong defensive effort ensured Japan are yet to concede a try in the tournament. – Agence France-Presse