Home 2022 Rea and Bautista split the spoils on opening day 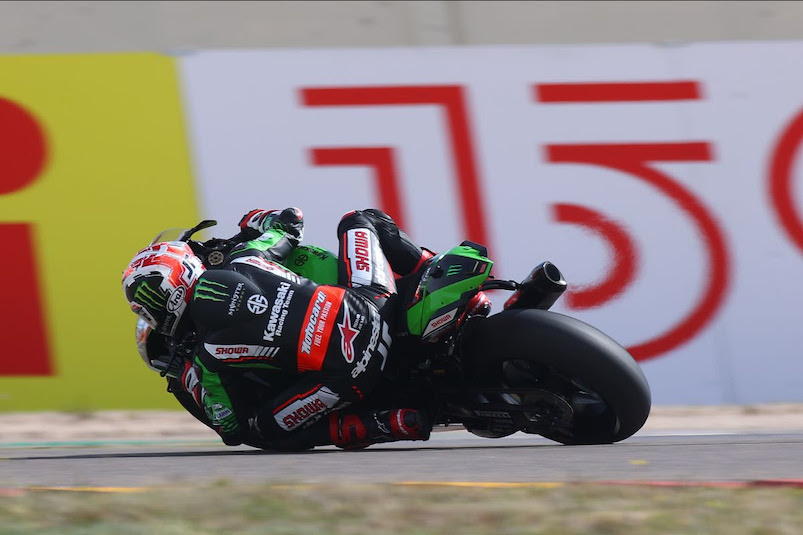 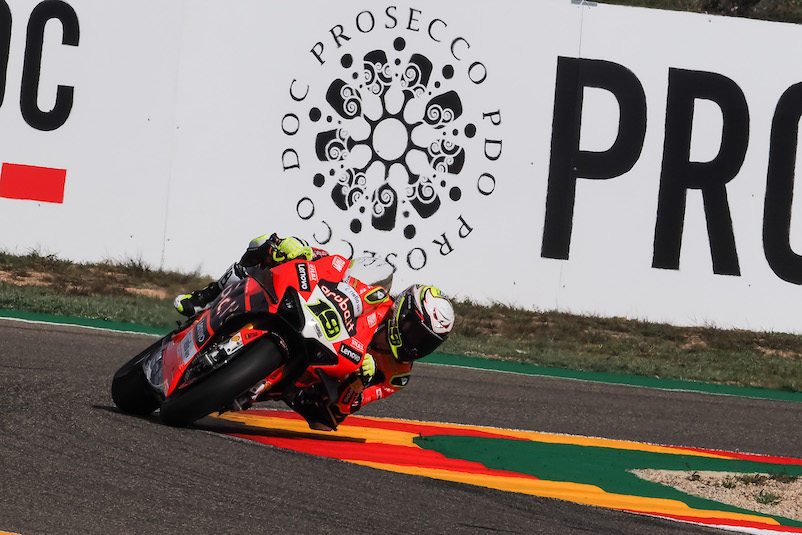 take the spotlight on Day 1

Friday highlights – WorldSBK
Jonathan Rea (Kawasaki Racing Team WorldSBK) set the fastest lap on Friday at MotorLand Aragon with a 1’49.301 lap time claimed in Free Practice 1: “We focused on which tyre we could use for the race. We built up step by step, a longer run in the afternoon. We have to see what tomorrow brings because we are in a strange window. We could be fast with both tyres but tomorrow, depending on the temperature, we face during the race will determined our final tyre setup”.

Alvaro Bautista (Aruba.it Racing – Ducati) ended Day 1 in second place, despite having improved his morning lap time by two tenths in Free Practice 2 and led the second session; “We changed the setup of the bike this morning because after the test here we thought we could improve the feeling with the bike. But I didn’t feel so great with the new set up. In FP2, we switched back the same set up as the test, which gave me better feeling. I did almost a Superpole Race distance and the pace was not too bad. We made race distance with both tyres, and I’m quite happy.”

Reigning WorldSBK Champion Toprak Razgatlioglu (Pata Yamaha with Brixx WorldSBK) was third at the end of Friday, 0.364s behind Jonathan Rea. “We used the SCX tyre, but we weren’t happy with it. This afternoon we tried a race simulation but after 10 laps, the front tyre dropped. We need to improve this tomorrow for the race. But the feeling with the rear was great.”

Garrett Gerloff (GYTR GRT Yamaha WorldSBK Team) finished fourth overall. “I feel good. Conditions were a bit different today, but we were good at adapting. I feel confident that we can be up there fighting for a podium.”

Michael Ruben Rinaldi (Aruba.it Racing – Ducati) finished inside the top five in the afternoon, finishing fifth on the combined times; “I’m quite happy about today, and with the race tyre we are pretty fast.”

Alex Lowes (Kawasaki Racing Team WorldSBK) was sixth overall at the end of Friday; “My race pace and my consistency is not so bad. If I have a good qualifying, make a good start, if I can stay there for a few laps, I think the second part of the race I can be strong.”

Loris Baz (Bonovo Action BMW) was the top BMW rider and just over a second off Rea’s top time but over three tenths quicker than the next BMW. As for Honda and Team HRC, it was tenth overall for rookie Iker Lecuona and 13th for teammate Xavi Vierge, although Lecuona could only place in 17th at the end of FP2. Seven tenths slower in FP2 than FP1, Lecuona will hope that the cooler temperatures in FP3 and Tissot Superpole allow him to improve once more. As for Vierge, he did improve his time in the afternoon session, putting him 11th in the session.