Home International Reactions to the second DTM race in Oschersleben 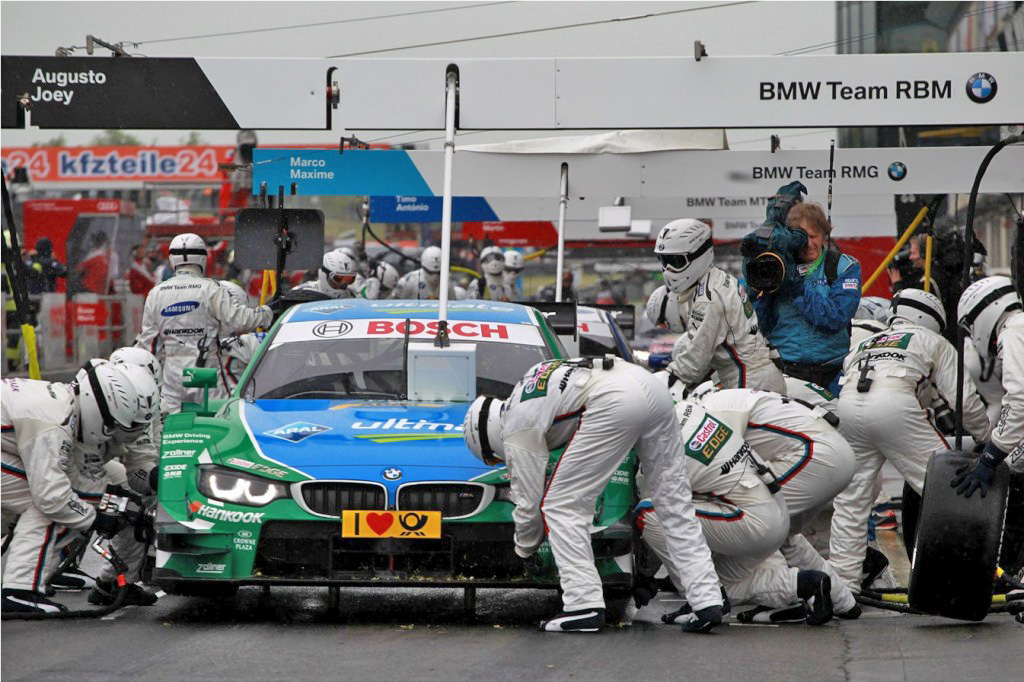 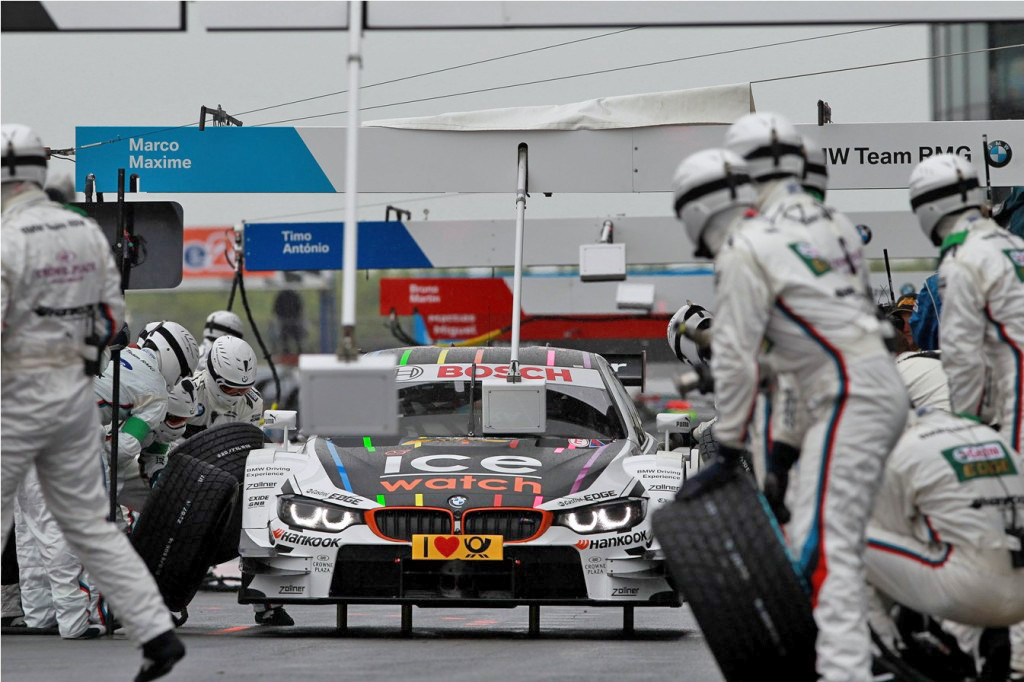 Augusto Farfus (BR) and Martin Tomczyk (DE) scored points for BMW Motorsport in a turbulent DTM race in Oschersleben (DE). With weather conditions and three safety car periods making the race something of a lottery, the remaining drivers were unlucky and missed out on a place in the top ten. Read here what BMW Motorsport Director Jens Marquardt, the team principals and the eight drivers had to say after the second race of the season.

Jens Marquardt (BMW Motorsport Director):
“The weather conditions made that an unbelievably eventful and hectic race – certainly one of the most exciting in recent years. We are obviously not happy with the result. However, it does not reflect the performance of the BMW M4 DTM. When you start from pole, you obviously want to win. However, we did not have the luck we needed in the race today. Marco Wittmann had a particularly unlucky race. First he made a slight mistake at the first restart, and then he was struck by technical problems. Augusto Farfus was able to make the most of these conditions. Congratulations to Christian Vietoris and Mercedes-Benz on a spectacular win.”

Bart Mampaey (Team Principal, BMW Team RBM):
“What a race! It was clear from the start that Augusto Farfus would find it tough in the opening stages on hard tyres. Then we had the time penalty too. I will take another very close look at the situation in the pit lane, as I saw it differently. Our earlier stop then meant we were on wet-weather tyres at the right time, but just could not get past Paul di Resta, otherwise a podium might even have been within reach. All in all, however, we can be happy with fifth place. We probably brought Joey Hand in too late for his second pit stop. That cost him places. But hindsight is always a wonderful thing in a race like today’s.”

Charly Lamm (Team Principal, BMW Team Schnitzer):
“We were running well with both cars for long periods of this difficult race. Unfortunately the last safety car period really put a spanner in the works and resulted in both Martin Tomczyk and Bruno Spengler dropping back. The positive we will take away from the weekend is the knowledge that we were quick in the wet and the dry. That allows us to look ahead with optimism.”

Ernest Knoors (Team Principal, BMW Team MTEK):
“The turbulent events made for an exciting race, which I am sure was also interesting for the fans. Our team and engineers made some right decisions in the race, which unfortunately were not ultimately rewarded with points. António Félix da Costa produced another outstanding display over the course of his second DTM weekend. It is understandable that he is not yet completely flawless. Unfortunately all weekend we have been unable to provide Timo Glock with a car with which he could show his potential. We must, and will, work on that.”

Stefan Reinhold (Team Principal, BMW Team RMG):
“That was a difficult race for us. We obviously wanted to finish in the points from pole position, but we did not achieve that goal. We will have to take a closer look at the technical problem on Marco Wittmann’s car. It is a shame, because without these problems he could have scored more valuable points, despite his slip-up. Maxime Martin was in a difficult position in the heart of the field right from the outset, but showed signs that he will be a force to be reckoned with over the course of the season.”

Augusto Farfus (car number 3, BMW Team RBM, 5th):
Tyres: Prime-Rain-Rain
“That was the craziest race I have ever driven in the DTM. The conditions at the start were really perilous, and I had to battle quite hard on the prime tyres. The guys on options were far quicker. Then came the rain and the safety car periods. That allowed us to take a few risks with our strategy, which paid off. It is a shame I was given the time penalty, which cost me five seconds. Otherwise I would probably have been third. All in all, however, I am happy. It was good to finish fifth and pick up some good points from eighth on the grid. We need to work on improving our qualifying performance if we want to challenge at the head of the field.”

Martin Tomczyk (car number 10, BMW Team Schnitzer, 9th):
Tyres: Option-Rain-Rain
“The race was quite a mess, but I always tried to keep a cool head and lap consistently. My guys at BMW Team Schnitzer gave me a car with which I had a lot of fun, even in these difficult conditions, and was one of the fastest in the field. Thank you very much for that. At first it is hard to come to terms with the fact that we only ended up ninth, even though we had the pace to be up there on the podium.”

António Félix da Costa (car number 18, BMW Team MTEK, 11th):
Tyres: Option-Rain-Option
“They were very difficult conditions, but you have to do your best. I was quicker than the guys in front of me and took a bit of a risk trying to overtake Timo Scheider. We are always learning. We switched to slicks at the second pit stop. After that, the first part of the stint was not ideal. Only in the last two laps was I able to catch up, but it was too late by then.”

Bruno Spengler (car number 9, BMW Team Schnitzer, 12th):
Tyres: Option-Rain-Rain
“Twelfth place is obviously not ideal. It was a strange race, with a result that surprised everyone. We had good pace in the rain, but unfortunately we were also very unlucky. The third safety car period possibly even cost us a place on the podium. It is hard to read the race and make the right decisions. When it rains obviously you need a bit of luck to come into the pits for a tyre change at the right time. However, you don’t start taking chances when you are at the front of the field during the race. We must now forget this weekend and look ahead. We are focussing on Budapest.”

Maxime Martin (car number 24, BMW Team RMG, 14th):
Tyres: Prime-Rain-Option
“We had really good pace, both in the rain and on slicks. Our strategy was possibly not quite right, but that is virtually impossible in these conditions. We ultimately came home 14th. That is not exactly a dream result, but that’s life.”

Joey Hand (car number 4, BMW Team RBM, 15th):
Tyres: Option-Rain-Rain
“To be honest, I don’t really know what happened in that race. I just drove as quickly as I could, but somehow we went from a place near the front of the field to the back again. I did not make a good start, but fought really hard after that. I was even running in the top eight at one point. And then I ended up 15th. Our timing was probably not quite right.”

Marco Wittmann (car number 23, BMW Team RMG, 19th):
Tyres: Option-Rain-Option
“The race started well, but I was ultimately very unlucky. I made a great start from pole and got through the first corner without any problems, which is very important here in Oschersleben. I was very happy with the first stint. I was able to pull away, although it had started to drizzle and the conditions were not easy on slicks. The pace was good and I had a comfortable lead. Things were going well on wet-weather tyres too at first, until the first safety car period. I got my braking a bit wrong when I tried to overtake Gary Paffett at the restart and lost a few places as a result. Later on the gears started sticking, which meant I had to make an unscheduled pit stop. There is a fine line between happiness and misfortune in motorsport.”

Timo Glock (car number 17, BMW Team MTEK, DNF):
Tyres: Prime-Rain
“The retirement was definitely my fault. I have to apologise to Mike Rockenfeller for colliding with him in that situation. I had understeer in the quick corner and made contact with him. Apologies also to the team.” 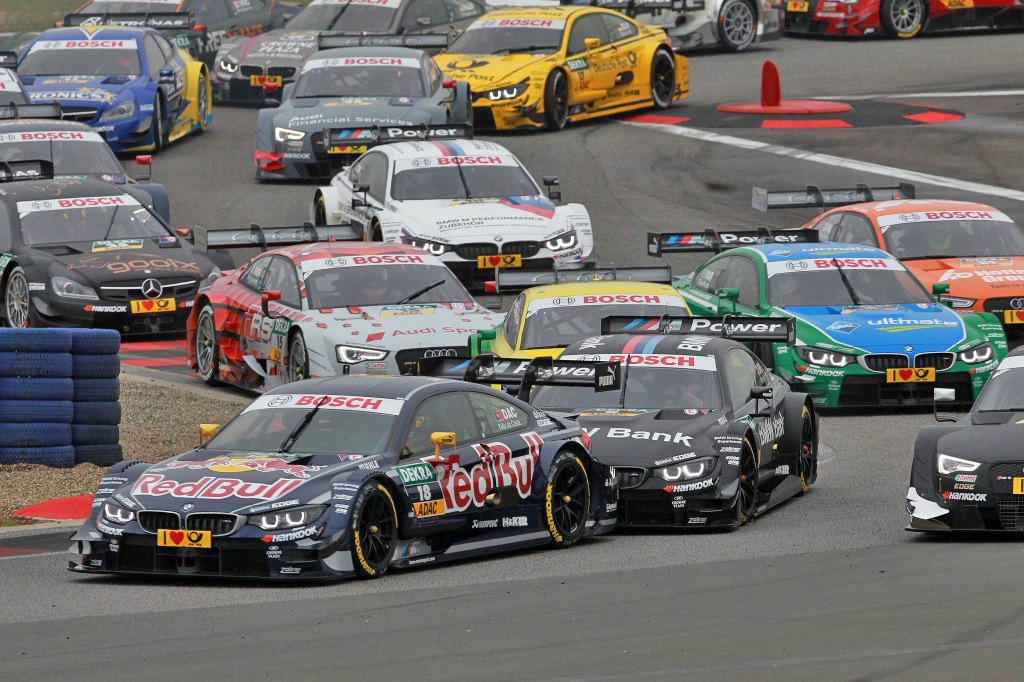 Facts and figures from Oschersleben:

Standings after 2 of 10 races.