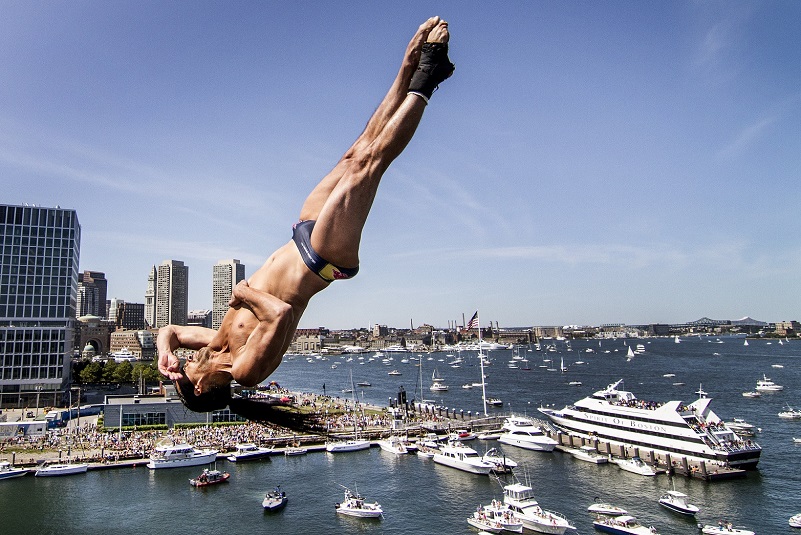 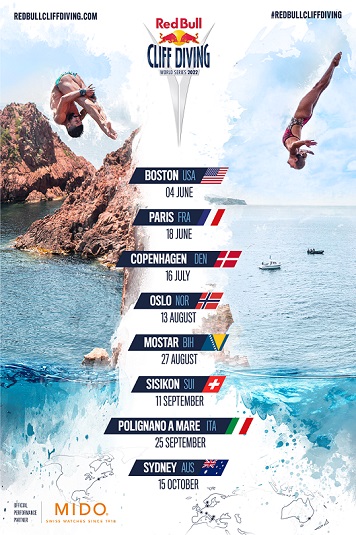 As the 2022 season kicks off in Boston, art and sport will intersect in front of the prevailing ICABoston, 24 of the world’s cliff diving elite – 12 Men and 12 Women – are confirmed to once again leap, twist, and somersault from breath-taking heights into Boston Harbor. 8 full-time male and female divers will compete at each stop along the series, 8 additional location specific wildcard divers, 4 male, 4 female who will spice up what is already an eagerly awaited World Series. This will be the debut of the Women’s Division in Boston since its inauguration in 2014, one year after Red Bull Cliff Diving’s last appearance in Boston.

Ellie Smart sits on the roster as the only American with a permanent spot on the tour. Joining her, will be American female wild cards; Genevieve Bradley and Meili Carpenter, and male wildcards; Andy Jones and David Colturi.

Fans can expect this year’s series to deliver another packed season full of high-flying drama, all set against a series of visually stunning and iconic backdrops from around the world.

Although reigning champions Gary Hunt (FRA) and Rhiannan Iffland (AUS) are the veterans to catch, the 2022 World Series will be younger and stronger than ever before with 4 permanent divers between 20 and 23 years of age. Sports Director and cliff diving legend Orlando Duque believes that it is all up for grabs this season, as established divers up their games and newcomers look to podium on a regular basis. Exciting battles will be in store this season.