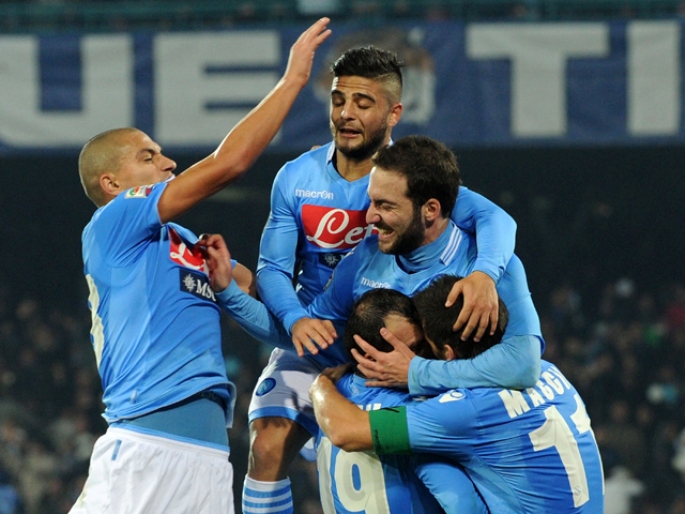 A top-of-the-table clash between champions Juventus and leaders Napoli has seen its first casualty 48 hours ahead of kick-off after match referee Nicola Rizzoli pulled out injured on Thursday.

Daniele Orsato has now been drafted in, a move that won’t displease Napoli fans after another potential candidate, Gianluca Rocchi, was only given an additional assistant’s role.

Rizzoli, who officiated the 2014 World Cup final between victors Germany and Argentina, is reported to have suffered a small tear in his calf during a sprint session on Wednesday.

Napoli fans keen on seeing their side stretch their two-point lead over Juventus at the top of the Serie A table won’t be displeased by Orsato’s appointment ahead of Rocchi.

Rocchi’s poor handling of a controversial clash between Juventus and Roma in October 2014 led to him being temporary sidelined by refereeing chiefs in Italy amid claims he had given undue favours to the Turin giants.

In a five-goal thriller that saw Juve prevail 3-2 at the death thanks to Leonardo Bonucci’s controversial late strike, Rocchi awarded three penalties in the first half, two of which went to Juventus and at least two of which were debatable.

A total of six yellow cards were issued during the game and when Rocchi sent former Roma coach Rudi Garcia to the stands for dissent, and sent Alvaro Morata and Kostas Manolas off at the death following a scuffle, he was accused of losing control of the game.

The controversy rolled on for weeks as critics claimed Juventus — who were stripped of two league titles from 2005 and 2006 for their role in the ‘Calciopoli’ match-fixing scandal — still held sway with Italian officialdom. – Agence France-Presse