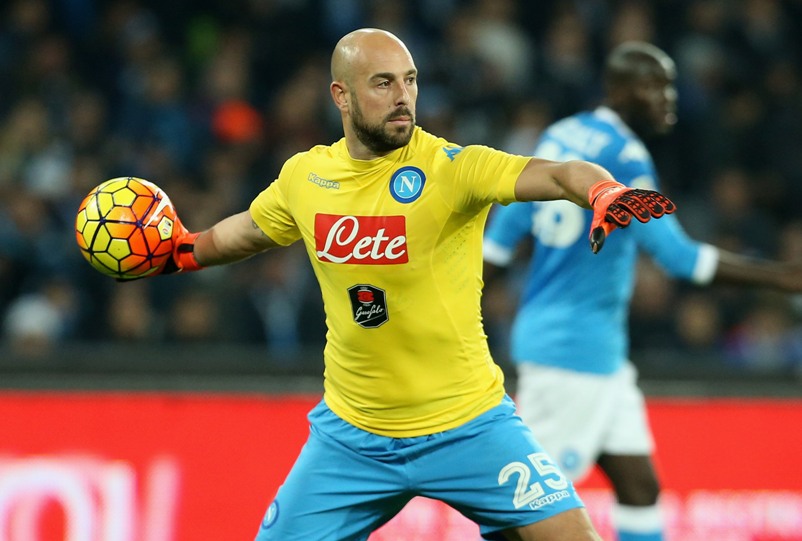 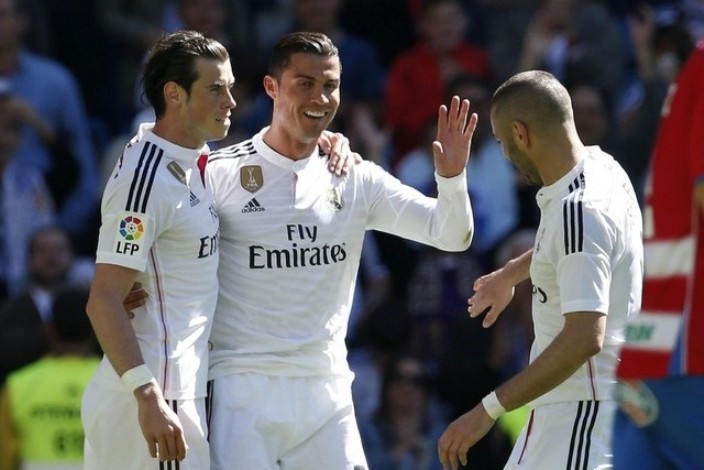 If Napoli goalkeeper Pepe Reina reproduces the kind of form that was key to Saturday’s 2-1 win over Roma against Real Madrid in midweek, a Champions League upset could be on the cards.

But the former Barcelona and Liverpool shot-stopper would be forgiven for also hoping Cristiano Ronaldo forgets his shooting boots Tuesday when Napoli bid to overturn a 3-1 first leg, last 16 defeat against the 11-time European champions.

At the Santiago Bernabeu last month, Reina and Ronaldo were meeting for the first time since the 2008-2009 season, when they both played Premier League football.

In England, they met a total of six times and, with three victories, a draw and two defeats while playing for Manchester United, Portugal’s four-time Ballon d’Or winner Ronaldo comes out on top.

Ahead of Tuesday’s clash at what Reina hopes will be a “red-hot” San Paolo, the odds, and statistics, are firmly stacked against Maurizio Sarri’s hosts.

If Napoli are to go through on away goals, they will have to do what no team has managed since Wolfsburg beat Madrid in the quarter-finals nearly a year and 46 games ago — keep a clean sheet against Los Blancos.

As Napoli look to reach the quarter-finals for the first time, Madrid are poised to reach their seventh in succession.

Yet even defeat last time out, Reina was defiant in their chances, saying post-match: “We have to believe in the comeback, because we can beat Madrid 2-0 at home.

“A goal away from home is very important. We have nothing to lose. Real were and are the favourites, but they can expect a red hot reception at the San Paolo.”

If Reina’s performances for a slick Napoli side currently being inspired by the goalscoring exploits of Dries Mertens are anything to go by this season, he could provide the much-needed X factor.

Reina was superb in a thrilling 2-1 win over Roma on Saturday that saw him deny Diego Perotti at the death with an acrobatic, one-handed save he pushed onto the crossbar before sweeping the ball away away with his leg.

It was an inspired stop that secured the win for Napoli and reduced the gap on second-placed Roma to two points, but Roma, who are already eliminated, are not Real Madrid.

Quantifying past meetings between Reina and Ronaldo is a difficult task: although United came out on top, Ronaldo has now only beaten Reina twice in seven encounters, once from the spot.

It took until his fifth match against Reina, during the 2007-008 season, for Ronaldo to beat the Spaniard, hitting United’s second in the 79th minute of a comprehensive 3-0 win at Old Trafford.

The second, and last time Ronaldo beat Reina was from the penalty spot in the 23rd minute of a 4-1 league defeat late in the 2008-2009 campaign.

Although both Ronaldo and Bale sat out Real’s 4-1 win at Eibar at the weekend due to injury, the Portuguese star is expected to be fully fit on Tuesday when Madrid will look to extend their impressive form in Europe.

Ronaldo may not have been on target when Karim Benzema, Toni Kroos and Casemiro all beat Reina last time out.

But Reina’s familiarity with the Portuguese star will be welcome. Even when he didn’t play against Ronaldo, he offered advice to others on how to stop his “spear-like” shots in dead ball situations.

“You have to be careful, and watch them all the way because you don’t know until the last moment where the ball is going to go,” Reina advised then Barcelona ‘keeper Victor Valdes prior to the Champions League final against United in 2009.

Ronaldo didn’t score on that occasion, when Barcelona triumphed 2-0 in Rome. – Agence France-Presse