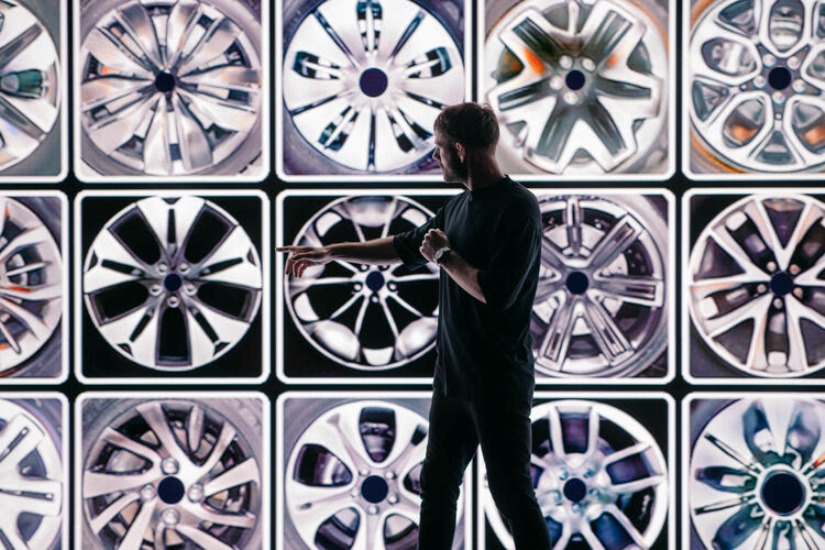 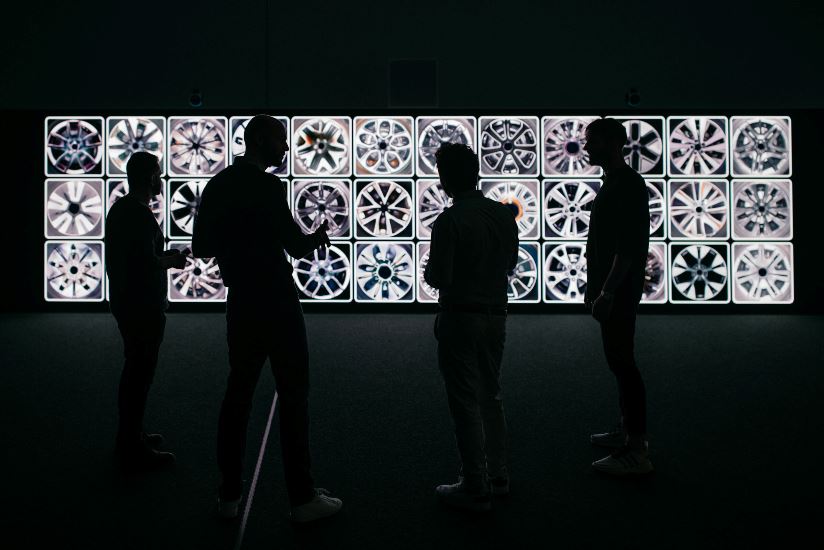 Leveraging artificial intelligence (AI) in all departments: this is the goal Audi has set itself on its way to becoming a data-driven company. With FelGAN, the company now employs software that uses artificial intelligence to open up new sources of inspiration for designers.
Creative people are always on the lookout for inspiration. The same is true of the designers who create new wheels at the Audi Design Studio in Ingolstadt. But where to find untapped sources of inspiration?
The principle to “think outside the box” is both well-known and catchy. But it is less easy to implement, since, in the creative process, people tend to fall back on what is familiar to them. It is this precisely point that the AI-based software FelGAN, an in-house development by Audi’s IT department and Audi Design, addresses. The project is now enabling creatives to draw from a practically unlimited pool of ideas.
Interacting with the software lets designers discover motifs from completely new perspectives, giving them suggestions that they can further evolve and work into their creations. In concrete terms, FelGAN works either by rapidly proposing a large number of photo-realistic designs itself or recombining existing designs in a targeted way.
In this way, the system acts as a kind of spontaneous idea hub for Audi’s rim design team, allowing them to exchange new versions and variations. The tool lets designers easily experiment with shape, color, surface structure, and other parameters in real time.
How artificial intelligence learned to design wheels
The name “FelGAN” is a mash-up of the German word for “rim” (Felge) and “GAN”, the latter being an acronym for Generative Adversarial Networks. GANs are a special form of self-learning computer program in which two algorithms compete as opponents during the so-called training, becoming better and better in competition with each other.
It works like this: One of the two algorithms, the “generator”, makes artificial images of a specific motif – in the case of FelGAN, a vehicle rim. The discriminator – the competitor, so to speak – sees a selection of images, consisting of real wheel photos alongside images from the generator. Now the discriminator decides whether each image is a creation of the generator or a real photo. This process is repeated again and again until training is completed.
Both algorithms are designed to learn from their mistakes and improve continuously. After enough runs, the generator’s creations are so deceptively real that even the human eye cannot, or can only barely, distinguish them from real photos.
The application’s intuitive user interface, which is based on Streamlit technology, creates short development cycles and quick feedback between the design and IT team. So that designers do not have to rely on high-performance local hardware when using the software solution, the components of the AI application – which require a lot of processing power – are run in the cloud.
Cooperation between humans and AI
Another benefit of FelGAN is that the software assigns a mathematical value to each design that the AI makes. Referred to by developers as “DNA”, these values can be used at any time to reproduce designs. But that’s not all: Audi designers can also feed the program with their own designs and photos, adding them to the virtual experimental surface. This is based on special algorithms that determine the appropriate DNA values for the images that designers feed in.
Often, designers only go on to use individual elements from FelGAN’s creations, refining them into a harmonious overall design. In addition to mastery of the tools of the trade, a creative eye and professional experience play the decisive role here. Finally, the experts at Audi make the virtual design a reality by producing a prototype of the wheel, either in plastic or aluminum, using a high-tech milling machine.
Innovations from the world of Audi
FelGAN was developed and implemented in an entirely in-house collaboration between Audi’s IT and design departments. The company is thus demonstrating its expertise in the software sector as well as in the future field of AI.
Thomas Knispel, Head of Machine Learning & Data Science at Audi: “In the modern age, data bring immense added value for companies and their employees. Audi has committed to the goal of becoming a data-driven company. To this end, we are going to use AI in many departments. So our data team is always on the lookout for new technologies.”
In the future, the technology behind FelGAN could be expanded into a comprehensive AI design platform that could also serve as a source of inspiration for designers from other Audi departments. Furthermore, an AI rating system is currently being developed in which each rim generated by FelGAN will be assessment with regard to its carbon balance. FelGAN is thus a step Audi has taken on its way to becoming a digital, data-driven company.