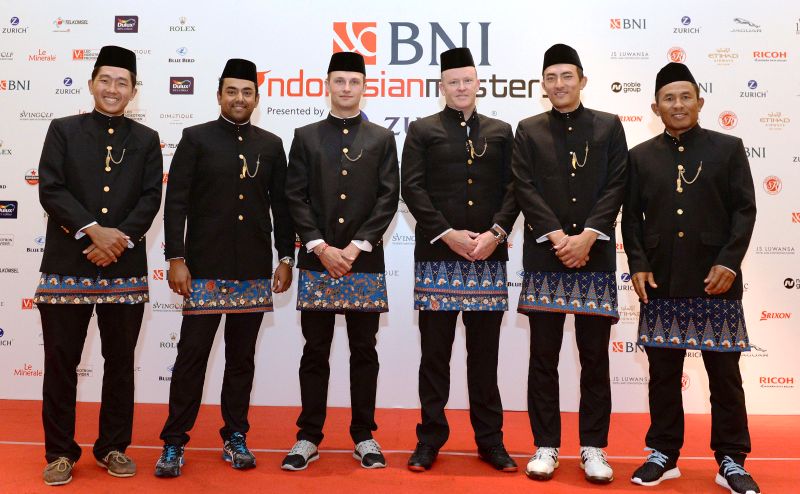 A recharged Marcus Fraser of Australia hopes to contend at the BNI Indonesian Masters presented by Zurich which starts on Thursday, after taking a two-week break from golf.

The Australian will make his debut at the Royale Jakarta Golf Club with every intention to win the US$750,000 Asian Tour event and overtake countryman Scott Hend as the leading player on the Order of Merit.

Fraser admits he has not played his best golf since winning in Malaysia in February and finishing second in Japan in April but hopes to bounce back after spending time with his family at home.

“The travelling caught up with me to be honest. Apart from the two weeks, I haven’t been playing well at all. I’m coming here from a two-week break where I only played nine holes. Hopefully I can charge the batteries a little bit,” said Fraser, a two-time Asian Tour winner.

“It has been frustrating but there’s still plenty of time to turn things around starting with this week. Scott Hend is playing really well at the moment but if I play well here, I will get back in the (Order of Merit) race so hopefully I can find some form,” he added.

Fraser will joined by a star-studded cast of players at the BNI Indonesian Masters including 2014 winner Anirban Lahiri of India, Thongchai Jaidee of Thailand and Indonesia’s rising star Danny Masrin.

Ranked 44th on the Official World Golf Ranking, Thongchai, the only player to win three Asian Tour Order of Merit crowns, hopes to build on his top-10 result in Korea last week.

He hopes better his second place finish in 2011 at the BNI Indonesian Masters, an event where he has also enjoyed two other top-five finishes in 2013 and 2014.

“I’ve enjoyed some good results in this event which I really like coming to. It is a good event and I like playing on this golf course. I enjoyed a good finish last week so hopefully I can continue playing like how I’ve been doing,” said Thongchai.

“The year has been good so far but it can be better. I’m happy with how I’m playing at the moment but this week will be a test of patience for all of us. It is okay for me. I’ve played here many times so I’m okay with weather,” said the Thai.

After enjoying a relatively successful season on the Asian Development Tour (ADT) where he has two top-10 results, Masrin hopes to put his experience and course knowledge to good use.

“I feel very comfortable playing at Royale Jakarta. I’ve played here many times so I know the course quite well. I’ll focus on my own game, keep the ball on the fairway and stay patient. It is exciting to be playing in this event as a professional,” said Masrin, who joined the play-for-pay ranks in June last year.