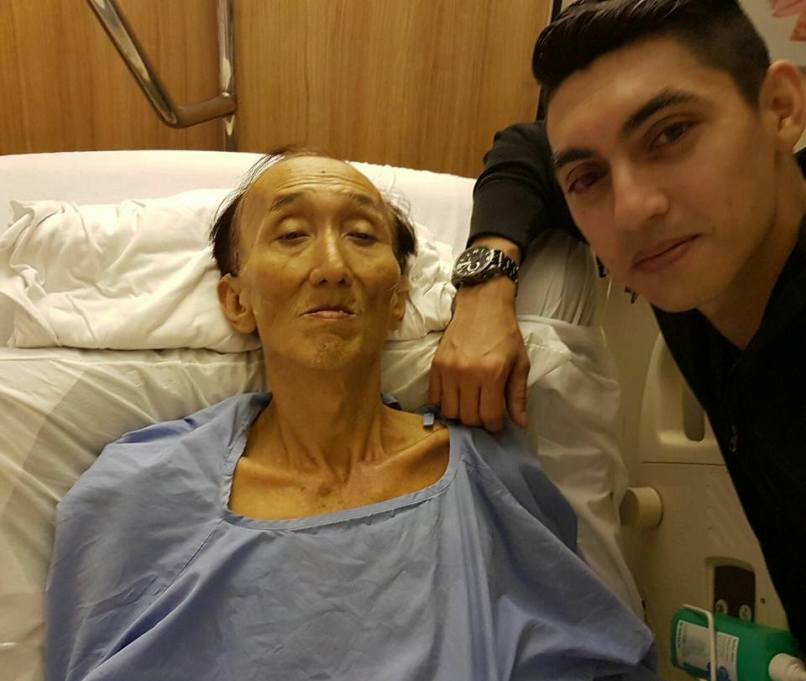 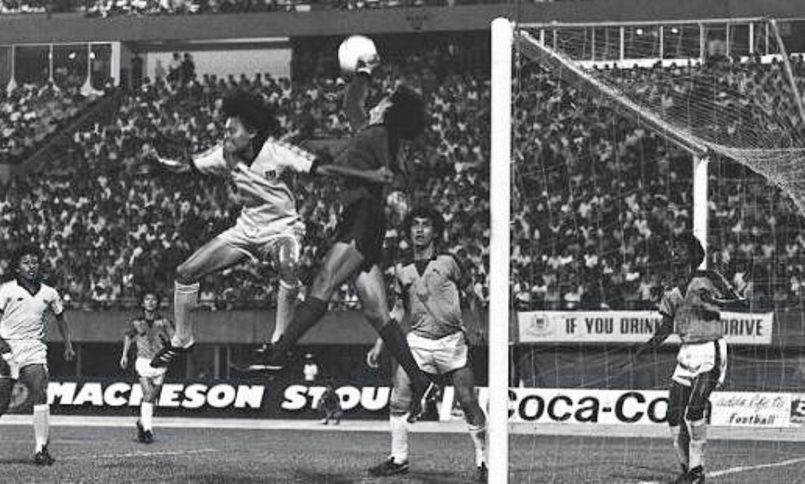 THERE were no more balls to catch as legendary Singapore football goalkeeper Lim Chiew Peng drew his last breath Sunday at the Singapore General Hospital.

The Lim family was by his bedside as he smiled one last time before closing his eyes at about noon, finally losing out to a prolonged battle against cancer.

His youngest son said the 65-year-old Chiew Peng began to complain of a cough as well as a loss of appetite a few months ago. He was warded at Changi General Hospital last month for observation and tests, but his condition took a drastic turn for the worse shortly after he was diagnosed with advanced-stage lung cancer.

But every hospital visitor he met recently, despite his weakening physical condition, got a nice smile and he assured family, friends and fans that he was ready to meet the Lord as he knew, with every passing day, that death was inevitable.

That’s the Lim Chiew Peng I knew and I will always remember: A daring, deadly and dogged fighter as he stood out like an icon gentleman even at his final moments.

The goalkeeper, whose name was on the lips of the Asean footballing world in the 1970s, as he wore the No 1 jersey with pride and distinction. He was the Singapore equivalent to Malaysia’s “Spiderman” G. Arumugam or Italy’s greatest Gianluigi Buffon or, dare I exaggerate, even worthy of mention to England’s Gordon Banks as Chiew Peng was unpredictably smart, slick and shrewd between the woodwork.

Chiew Peng left his imprints as a God-gifted goalkeeper who toiled hard, until the wee hours of dusk on his own to improve his personal agility, speed and reflexes that made many think he was a Superman-of-sorts to stop even the world’s best strikers.

“Finding a goalkeeping spot in the national team then was akin to an A-star student securing a place in medical school or the law faculty. That was how tough it was to become a national goalkeeper in the Seventies because of a plethora of top-notch stars between the posts,” says veteran sports editor Godfrey Robert of The Straits Times & The New Paper.

“The comparison may sound a slight exaggeration. But you get the drift. He will be remembered as one of the hailed and heroic footballers who brought the Kallang Roar to the old National Stadium.”

The scrawny, lanky custodian made heads turn during the Lions’ first and only 1972 tour to England and since then he wore the No 1 jersey for more than a decade from the 1970s. He retired on February 12, 1980. After his playing career, he continued coaching the younger generation of goalkeepers at five-time S-League champions Tampines Rovers and worked for his mentor-boss (former Tampines President) Teo Hock Seng.

Even Malaysian heroes like Mokhtar Dahari, Soh Chun Aun, Isa and Ali Bakar, M. Karathu and M. Chandran were in awe of his extraordinary diving skills as Chiew Peng  was imposing, ingenious and impertinent, playing in two Malaysia Cup finals in 1976 and 1979 and being in the squad when Singapore won the historic event in 1977 after 12 years. Family members said, particularly over the weekend,  the 65-year-old gave his best shot and gracefully accepted that he was in the good hands of the Lord as a Christian. And he was ready to meet his maker in peace.

“He was one of the football heroes in the 1970s that got many of us into football,” said the football-fanatic Minister of State Teo Ser Luck in a SMS condolence message to the Lim family.

Jita Singh, ‘Coach of the Year 1981’, who went for the England tour 44 years ago with Chiew Peng, said: “I lost a very dear and dedicated colleague. He was capable, competent, even cunning and always gave his best whenever he wore the Singapore jersey. He was admired as one of Asean’s greatest goalkeepers during the height of the 1970s ‘Kallang Roar’.”

Tampines Rovers President Krishna Ramachandra said the five-time S-League champions were “devastated by the news” and intends to dedicate a grassroots tournament in memory of the No 1 and name it the ‘Lim Chiew Peng Cup’.

He added: “Chiew Peng was a great man, humble and always helpful, willing to develop players. He was an exemplar, mentor and a shining example to the younger generation. So the grassroots recognition is very appropriate to a true-blue footballer.”

Ex-Australian striker Abbas Saad, who played for the Lions in the mid-1990s during the 1994 era of a rare “double” in the Malaysia Cup, said: “Please pass my heartfelt condolences to the Lim family. I’m shocked to hear of his fate, bravely losing the cancer battle.”

RIP Lim Chiew Peng: You’ve been an outstanding footballing stalwart and the football fraternity owes you an invaluable debt for your services to Singapore.

May your good goalkeeper-gentleman soul rest in peace.