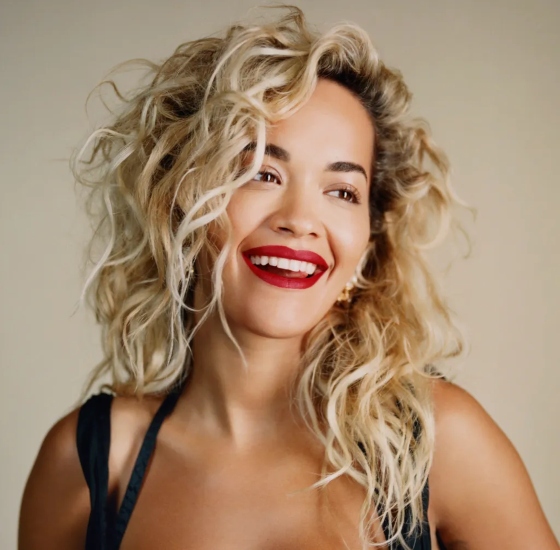 The announcement comes exactly one month from opening match day at Eden Park on Saturday, 8 October.

RITA ORA, BENEE AND SHAPESHIFTER SET TO LIGHT UP RWC 2021
Incredible performances celebrating wāhine toa in music and sport will create a spectacular entertainment showcase with renowned artists Rita Ora, BENEE and Shapeshifter taking to the stage at Rugby World Cup 2021.
With accessible ticket prices (starting from just NZ$5 for kids and NZ$10 for adults*), and a mission to inspire a new generation of fans, the announcement is anticipated to add to the demand for an opening day that will showcase world-class entertainment on and off the field. For more information and to purchase tickets go to tickets2021.rugbyworldcup.com
Rita Ora is an international critically-acclaimed singer songwriter who holds the record for the most UK Top 10 singles by a British female artist. Boasting over 40 million social media followers, she has regularly topped music charts around the globe and performed in some of the world’s biggest arenas including Wembley Stadium, Friends Arena, Olympia Stadion and Madison Square Garden. Ora has also carved out a successful career in film, voicing the female warrior Wandering Blade in Kung Fu Panda: The Dragon Knight and starring as Mia Grey in the Fifty Shades of Grey series.
Beloved Kiwi group Shapeshifter will take the stage during the semi-finals at Eden Park on Saturday, 5 November, the first time the group has performed at the stadium – just a stone’s throw from one of their recording studios in Eden Terrace.
Shapeshifter has built somewhat of a cult following since its inception in Christchurch in 1999, performing in front of sold-out crowds in Aotearoa and around the world. The group has a particularly loyal fanbase in the UK and Europe and has performed at major international festivals including Glastonbury and the Big Day Out.
Award-winning New Zealand singer-songwriter, BENEE, will be the final headline act of the tournament when she performs during the finals at Eden Park on Saturday, 12 November. Born and raised in Grey Lynn, Auckland, the performance will be a welcome homecoming for BENEE who rose to fame when her track Supalonely went viral on TikTok and has recently completed a world tour.
Since her debut single Tough Guy in 2017, her music has had billions of streams and earned her a long list of accolades including NZ Music Awards, APRA Music Awards, MTV Europe Music Awards, MTV Video Music Awards and People’s Choice Awards.
Rugby World Cup 2021 Tournament Director, Michelle Hooper said: “We’re ecstatic to welcome Rita Ora, BENEE and Shapeshifter to the Rugby World Cup 2021 whānau.
“Rugby World Cup 2021 will be a world-class festival of rugby and music, celebrating wāhine toa on and off the field and providing unforgettable moments for the competing teams and fans alike. Those in the stands will get unbelievable value, witnessing the best women’s rugby in the world, as well as the best entertainment in between matches on a scale never seen before at a women’s Rugby World Cup. The atmosphere in stadia is something we hope will be etched into the memories of fans and players for a lifetime and will go on to inspire our tamariki to pursue their dreams and aspirations through sport.”
Speaking on the announcement, Rita Ora said, “I can’t wait to perform in Aotearoa and join these incredible female athletes in such a historic moment for women’s rugby. I’m honoured to be a part of the Rugby World Cup 2021 family and to share the stage with amazing talent as we shine a light on women’s sport. New Zealand holds a special place in my heart and I look forward to connecting with the fans, players and everyone involved during my time at the tournament.”
World Rugby CEO Alan Gilpin added, “We want Rugby World Cup 2021 to celebrate in style rugby’s greatest reunion since the pandemic, providing fans the opportunity to see the best of the best, creating unforgettable moments and attracting a new generation of fans and players. We are therefore thrilled to announce that Rita Ora will kick-start what will be the greatest celebration of women’s rugby the sport has ever witnessed with a spectacular performance on opening match day in Eden Park. RWC 2021 is certainly raising the bar when it comes to creating and offering exceptional fan experiences both on and off the field.”
Organisers are targeting a world record for attendance at a women’s Rugby World Cup match during opening match day which will feature the much-anticipated triple-header; South Africa v France, Fiji v England and culminating with Australia taking on New Zealand’s five-time Rugby World Cup winning Black Ferns. It will be the Black Ferns’ first-ever Rugby World Cup match in front of a home crowd.
A purpose-built stage between the North and East stands at Eden Park will house the headline performances and a festival of Māori and Pasifika culture including food, entertainment and music will be spread throughout the stadium. The same festival atmosphere will continue throughout the tournament at Waitākere Stadium and Northland Events Centre with an exciting line-up of local talent set to entertain crowds between games.
Rita Ora will perform on opening match day on Saturday, 8 October at the end of the Fiji v England match and again at half-time of the Australia v New Zealand match. Shapeshifter will perform at the semi-finals on Saturday, 5 November at the end of the first match and again at half time of the second. BENEE will perform at the bronze final and final on Saturday, 12 November at the end of the bronze final and at half time of the final.
Rugby World Cup 2021 is taking place in New Zealand from 8 October to 12 November, the first time the pinnacle event has been staged in the southern hemisphere. It’s the biggest global event in women’s 15s rugby and will be contested by the top 12 teams in the world at three match venues – Eden Park, Waitākere Stadium and Northland Events Centre.
For more information and to purchase tickets go to tickets2021.rugbyworldcup.com.