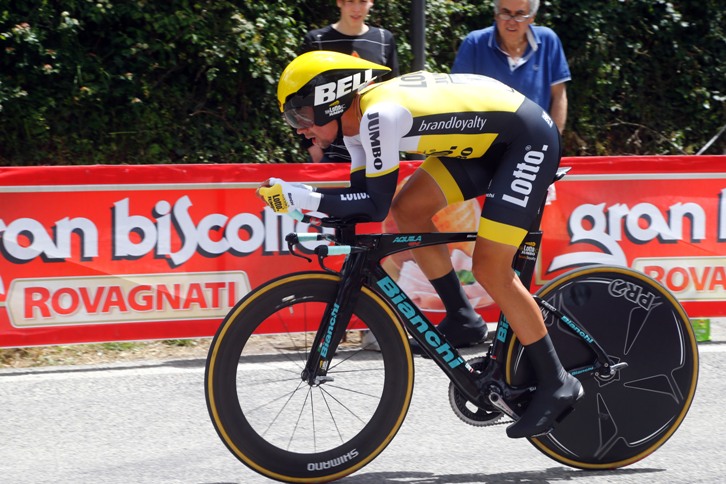 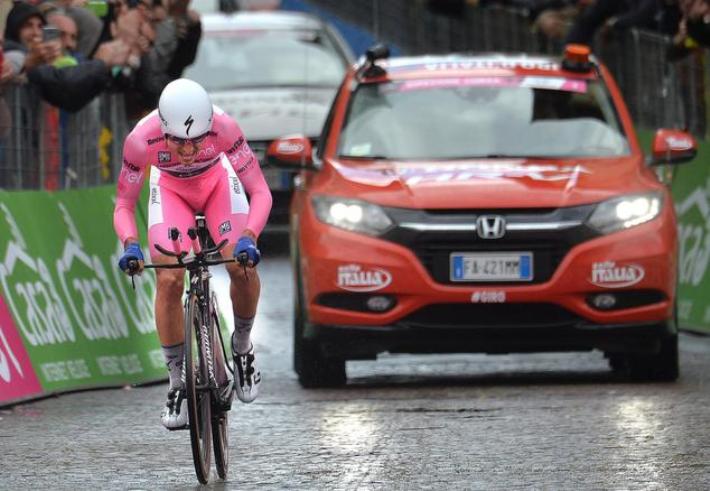 Slovenian Primoz Roglic claimed victory in the ninth stage of the Giro d’Italia on Sunday, a 40.5km time-trial in the Chianti wine-producing region.

Italy’s Gianluca Brambilla retained the race leader’s pink jersey by just one second after the scenic race against the clock which ended in Greve in Chianti.

Austrian Matias Brandle (IAM) finished second on the stage, 10sec back, with teammate Vegard Stake Laengen in third at 17sec.

A number of the late starters, including Brambilla, were affected by a spell of rain.

Roglic said he only felt a “few drops” but the Slovenian’s race was not without mishaps either.

“After approximately ten kilometres, I lost my computer and my bottle.”

He also claimed that in his “first time trial over 10km” he had “lost motivation” and “decided to take it easy”.

“But I was feeling fantastic uphill so I just pushed and pushed for the fun of it,” he said.

“I was really slow and unlucky at the beginning but very fast and lucky at the end because I only felt a drop (of rain) or two while the riders after me got the pouring rain. This is strange, very strange.”

Brambilla, among the late starters as overnight race leader, had claimed a well-deserved stage win on Saturday after taking a late solo attack all the way to the line, in the process taking the pink jersey from Dutchman Tom Dumoulin and leaving the Giant rider further down the overall standings after a number of his rivals also counter-attacked.

The Italian, who rides for Etixx, admitted those efforts had left him short of resources but did not stop him giving everything in a bid to spend Monday’s rest day basking in the glow of the pink jersey.

“I spent a lot of of energy yesterday when I attacked and went full gas all day. It was the same today: alone again, full gas again and nothing to lose,” he said.

“Everything went well. I kept the pink jersey. Until now everything has gone well in the Giro. It’s an amazing feeling.” – Agence France-Presse