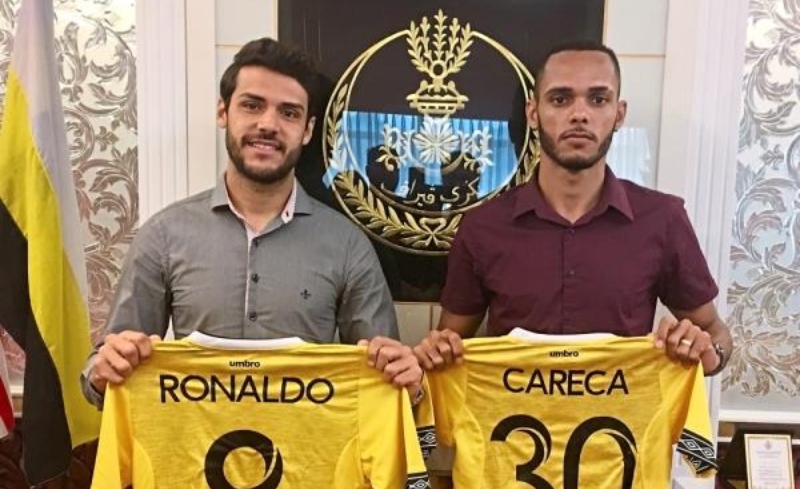 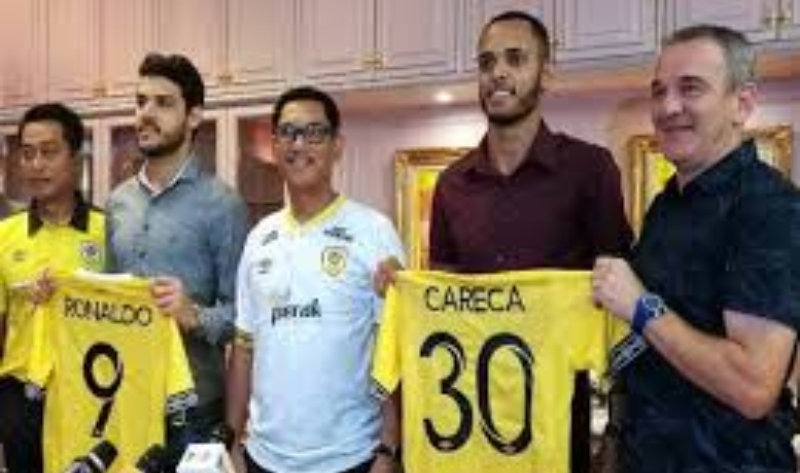 Ronaldo and Careca are familiar footballing names in Brazilian football and Malaysia Cup champions Perak hopes to bask in glory with their new signings – Ronaldo Henrique Silva and Raianderson Da Costa Morais.
Ronaldo and Careca have been signed up for six months from their Brazilain clubs – Esporte Clube XV de Novembro and Atletico Acreano respectively.
The 28-year-old Ronaldo comes in for Gilmar Jose Filho who has been dropped by the Bos Gauros while Careca replaces Wander Luiz who is leaving the team due to family matters as his son is ill back home in Brazil.
Perak is currently lying in eighth place in the 12-team Malaysian Super League. Perak is still contention in the FA Cup and plays PKNP (Perak SEDC) in return-leg quarter-finals at the Perak Stadium in Ipoh on (tonight) Friday. The first-leg in Manjung ended in a scoreless draw.
Perak’s Australian coach Mehmet Durakovic hopes the new signings “will be able to plug” the loopholes in the team – especially upfront.
“I am happy with their commitment in training so far,” the Australian was quoted after the press conference to introduce Ronaldo and Careca in Ipoh.
Perak FA president Datuk Seri Ahmad Faizal Azumu said the changes in the team were necessary as he still has hopes of the team doing well this season. He thanked Gilmar and Luiz for their contributions in helping Perak win the Malaysia Cup last season. – BY RIZAL ABDULLAH
- Advertisement -