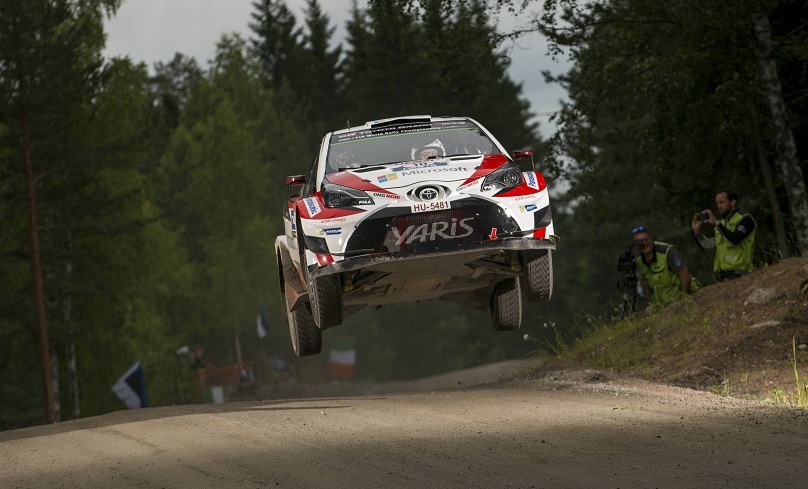 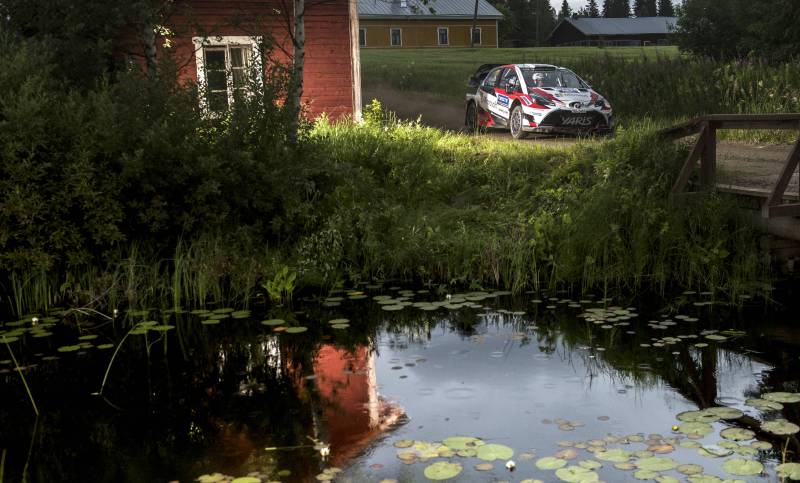 Rookie Esapekka Lappi dominated Neste Rally Finland to lead a WRC round for the first time on Friday night.

Home drivers bossed the leaderboard with fellow novice Teemu Suninen third in a Ford Fiesta, a further 14.6sec behind.

It was a disappointing day for title contenders Sébastien Ogier and Thierry Neuville. Championship leader Ogier crashed this morning, while Neuville struggled for pace in eighth.

A cautious Lappi trailed 12th after this morning’s opening dirt road special stage but reeled off eight wins from nine special stages to overhaul Latvala and surprise himself.

“I couldn’t even imagine leading,” said the 26-year-old Toyota Yaris pilot. “It’s really something special and difficult to understand. Ever since I was a young boy I’ve dreamed of driving a World Rally Car in Finland. Now it’s happening and I’m leading. I’m speechless.”

Latvala led after Ott Tänak yielded the early initiative when he swiped some rocks and punctured his Fiesta’s right rear tyre. The Estonian lost more than 90sec to end 10th.

Suninen’s performance was almost as impressive as Lappi’s. In only his second drive in a World Rally Car, the 23-year-old won two tests during an epic 16-hour day in sunshine and heavy rain.

Hänninen provided more Finnish delight when he held fourth before hitting a rock and damaging the rear left suspension mounting on his Yaris. He was lucky to survive in fifth, 6.1sec behind Breen and 5.9sec ahead of Østberg.

The Norwegian fell back from third when handling issues, blamed on either a damaged track control arm or broken driveshaft, relegated him to sixth.

Ogier damaged his Fiesta’s rear suspension after a heavy landing over one of Finland’s many jumps and shortly after he crashed into trees when it failed altogether.

His demise handed the initiative to Neuville in their title duel. But the Belgian was subdued and faces a massive battle to achieve his target of a top five finish. “Tomorrow is a huge day. We should be faster than this, but I couldn’t do more,” said the Hyundai i20 driver.

Today’s other major retirement was Hayden Paddon, the Kiwi breaking his i20’s suspension after clattering a rock.

Saturday packs in eight more gravel stages near Jämsä. They are split into two identical loops and include the classic rollercoaster Ouninpohja, regarded as the sport’s biggest test of bravery and commitment. It all adds up to 132.34km of action.