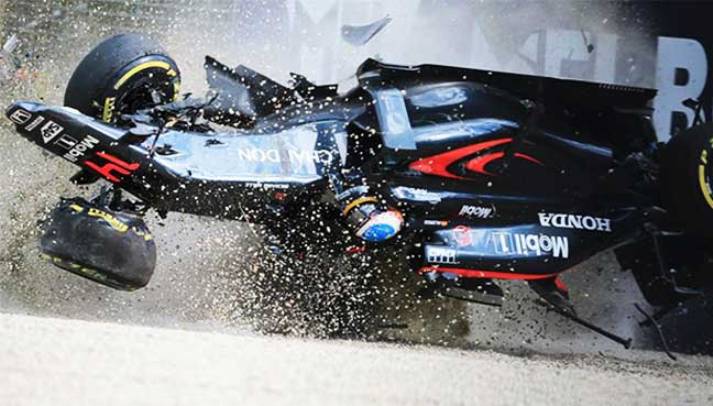 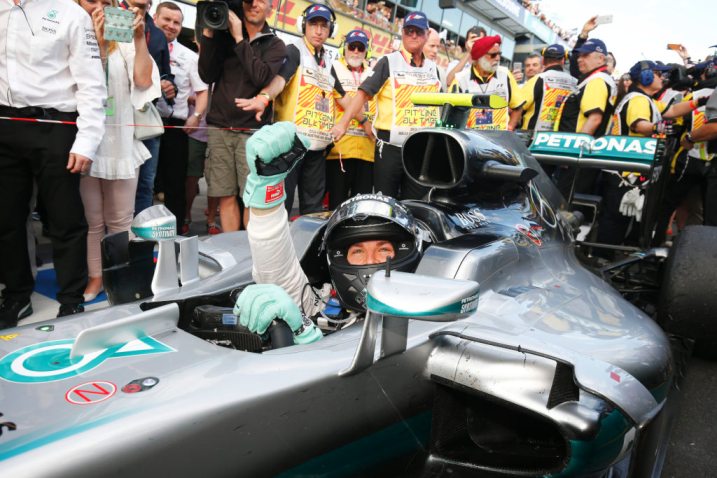 Nico Rosberg’s surprise win and Fernando Alonso’s death-defying escape from a spectacular crash gave the new Formula One season a boost after farcical scenes had threatened to overshadow the Australian Grand Prix.

Rosberg’s victory over Lewis Hamilton throws down the gauntlet to his Mercedes team-mate, who will play the unfamiliar game of catch-up at the next race in Bahrain after winning the last two world titles.

Alonso said he was lucky to be alive after he clipped the back of Esteban Gutierrez’s Haas, ploughed into the barriers and went airborne across a gravel trap, with his McLaren car disintegrating around him.

“I am aware that today I spent some of the luck remaining in life,” the Spaniard wrote on Instagram, after walking away from the horror smash largely unharmed.

“Now it’s time to rest and think about Bahrain (the next race), and get back in the car to get the first points of this year!!” he added.

The crash turned out to be pivotal as, after the restart, Rosberg capitalised on his race position and Mercedes’ choice of tyres for an ultimately comfortable win.

But Alonso’s accident will remain the enduring image of a grand prix which started embarrassingly for F1 with the failure of a much-debated new qualifying system.

F1 supremo Bernie Ecclestone lambasted the one-by-one elimination format as “pretty crap” after it emptied the track in the final minutes, with none of the remaining drivers bothering to challenge Hamilton’s leading time.

A new clampdown on radio communications largely went off smoothly and a revamp of available tyres did not cause major problems.

The challenge now for Mercedes is to maintain their momentum ahead of Ferrari, whose leading driver Sebastian Vettel was competitive but was hamstrung by a poor choice of tyres.

Vettel had to make an extra stop to change his supersofts and finished third. But he led for 31 of the 57 laps, suggesting the Italian giants could have more of a say in the championship this season.

Mercedes boss Toto Wolff also said Hamilton and Rosberg needed to look at their starts after they got away poorly from the front row and were beaten by Vettel into the first corner.

“A perfect result to start the year, a great job from the drivers to manage and recover the race, fantastic work on the pit wall to give them the right strategy to do so and an incredible team effort from everybody at the factories to get us here,” Wolff said.

“We must now sort our starts and look to carry out momentum into Bahrain next month.”

The dominant German team has now won 33 of the last 39 races and it was a sweet triumph for Rosberg, who has trailed Hamilton in the drivers’ standings for the past two seasons.

“The strategy was crucial today and I am truly thankful to the team and there was a tyre choice on the red flag and I was happy to follow up with the mediums,” Rosberg said.

“It’s early days but it’s the perfect start. We have to keep an eye on the red guys,” he added, referring to Vettel and the Ferrari team. – Agence France-Presse