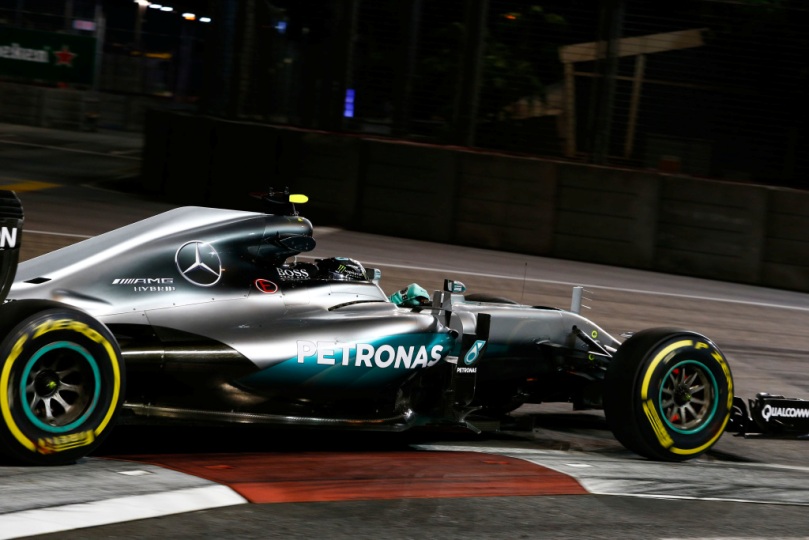 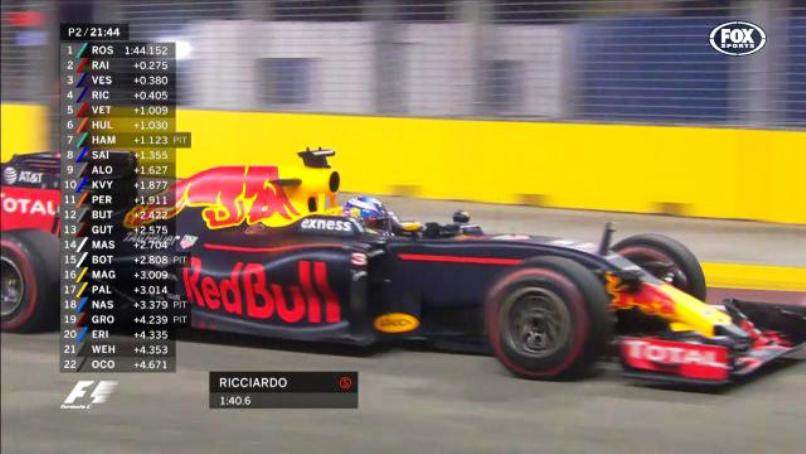 Nico Rosberg seized his first ever Singapore Grand Prix pole position with a blistering lap on Saturday as he piled pressure on his championship-leading Mercedes team-mate Lewis Hamilton.

Rosberg scorched round the Marina Bay circuit in 1min 42.584sec, more than half-a-second quicker than Red Bull’s Daniel Ricciardo’s 1:43.115, with Hamilton only managing 1:43.288 for third place.

Red Bull’s Max Verstappen was fourth, but last year’s winner Sebastian Vettel had a disaster in his Ferrari, as a broken anti-roll bar relegated him to the back row of the grid when he failed to get out of Q1.

Rosberg has never been on the podium in Singapore but he will now be hopeful of celebrating his 200th grand prix by overhauling Hamilton’s narrow, two-point lead in the standings on Sunday.

“Definitely happy with that one for my 200th grand prix,” beamed Rosberg, who finished fourth in Singapore a year ago but is in the ascendancy after winning the last two races in Belgium and Italy. “One of my top three laps ever.”

Hamilton was left to lament another difficult evening which leaves him with work to do in Sunday’s race, when he will start from the second row of the grid.

“It wasn’t really a frustrating session it just hasn’t really been my weekend so far,” said Hamilton, whose Friday practice was restricted by a hydraulic failure.

“Nico did a great job in releasing the full potential of the car.”

History is on the German’s side as he starts from pole for the 29th time in his career.

Out of eight grands prix so far in Singapore, the race has been won by the pole-sitter six times. “I like that statistic,” Rosberg said.

Kimi Raikkonen was fifth fastest in his Ferrari and will be joined on the third row of the grid by Toro Rosso’s Carlos Sainz Jr.

Red Bull, who lived up to the pre-qualifying predictions by proving to be Mercedes’ nearest challengers, will employ a different tyre strategy in the race which could make for a fascinating battle.

Ricciardo and Verstappen will start on the longer-lasting supersoft tyres that they used in Q2, while Mercedes will utilise the sticky ultrasofts.

The ultrasofts are quicker but have a question mark over their race endurance as they are being used in Singapore for the first time this year.

Ricciardo said it was “always the plan” for Red Bull to go through Q2 on the supersoft tyres when the weekend began, and he was surprised that others hadn’t employed the same tactic.

“I am pleased enough. The aim was to be in on the front row, we knew it would be tough to get in front of the Mercedes, but it was nice to be in front of at least one of them,” said Ricciardo. – Agence France-Presse